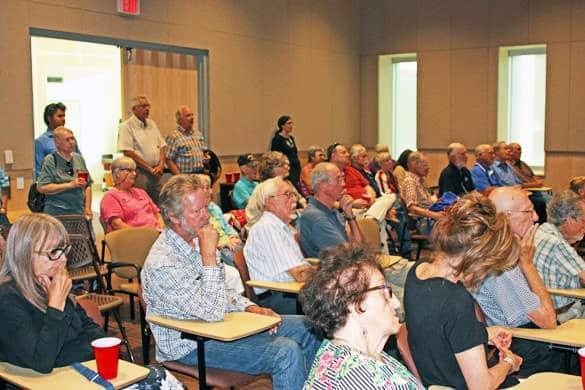 A crowd gathered Tuesday in the Los Alamos County Council Chambers to honor, congratulate and reminisce about the Pierotti’s Clowns. The community turned out for the opening of the exhibit about the five-man softball team, which is featured in the lobby of the Municipal Building. The amateur softball team started in 1953 and played for 25 years. All the money they raised from games went to charities. The Clowns played 202 games and won 177. In addition to viewing the exhibit, a documentary about the softball team was screened and family members of Clown players as well as a few Clowns themselves shared stories about the softball team. Photo by Kirsten Laskey/ladailypost.com 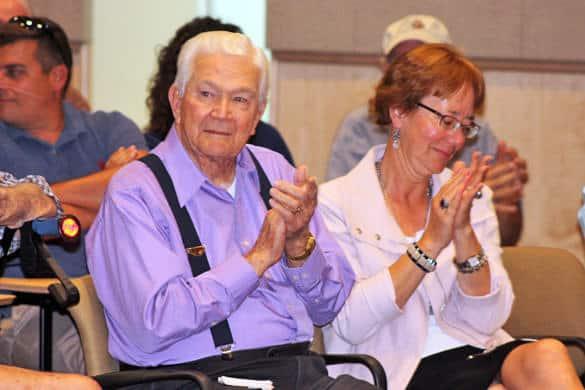 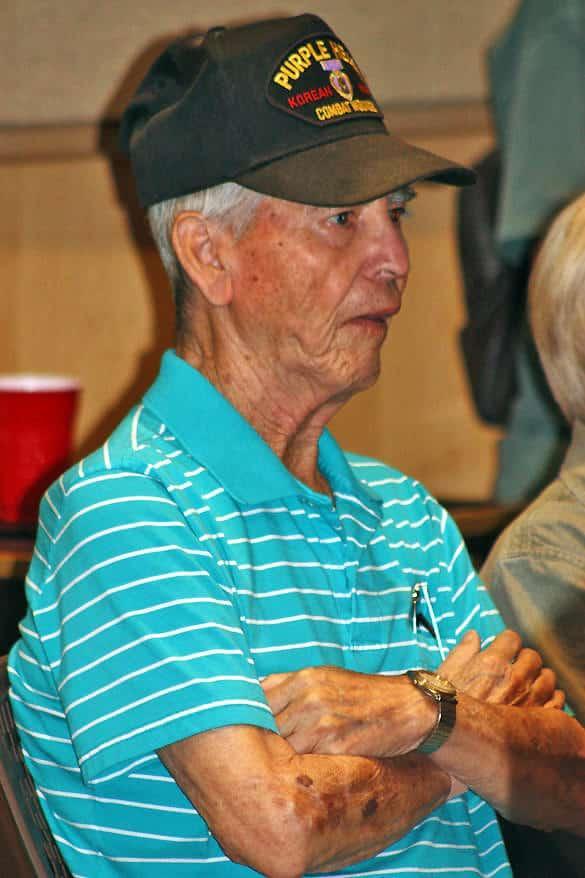 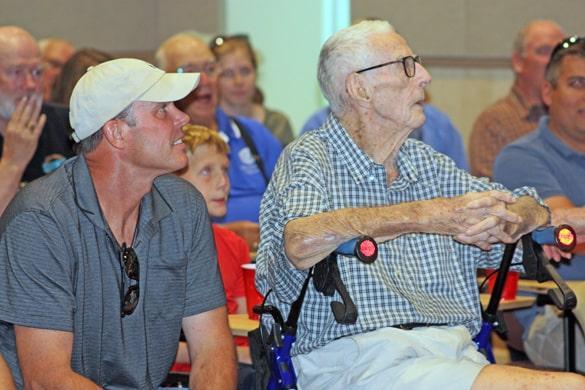 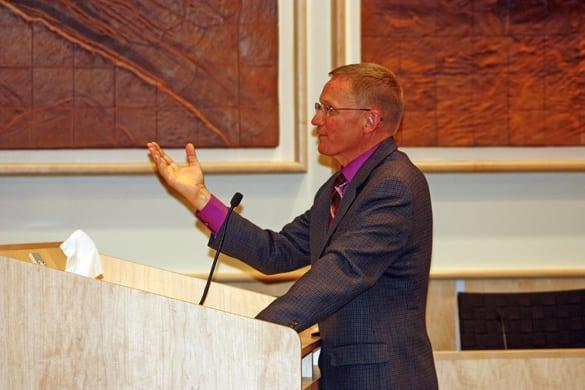 Cary Skidmore speaks to the crowd Tuesday. Skidmore, who works in explosives at Los Alamos National Laboratory, conducted an oral history on the Pierotti’s Clowns with its pitcher, Bun Ryan. The interview got Skidmore interested in the softball team and he did extensive research and more interviews about the team. According to Los Alamos Historical Society Executive Director Heather McLenahan, Skidmore was instrumental in putting together the exhibit at the Municipal Building as well as the event on Tuesday. Photo by Kirsten Laskey/ladailypost.com 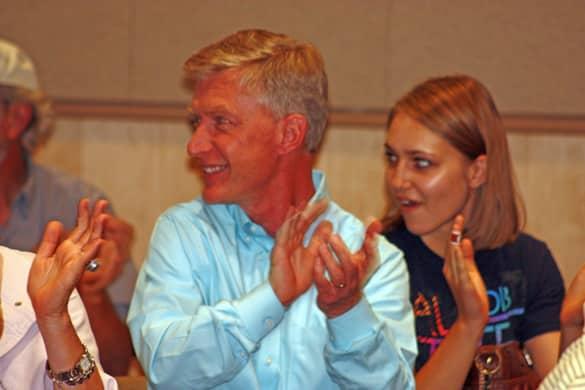 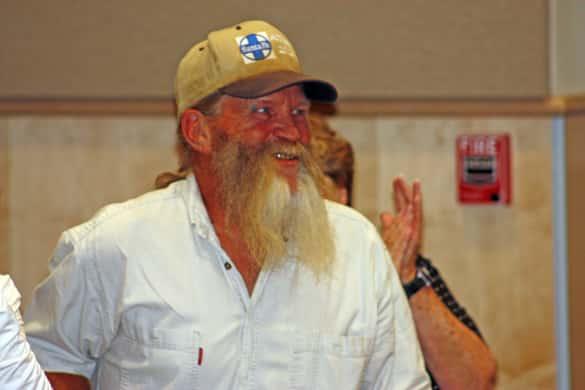 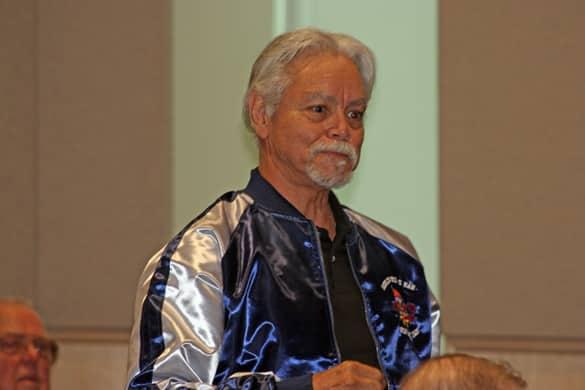 Mike Luna shares a story about the Pierotti Clowns. Photo by Kirsten Laskey/ladailypost.com