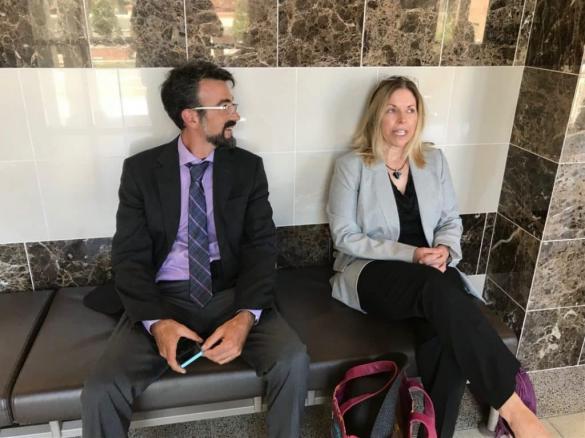 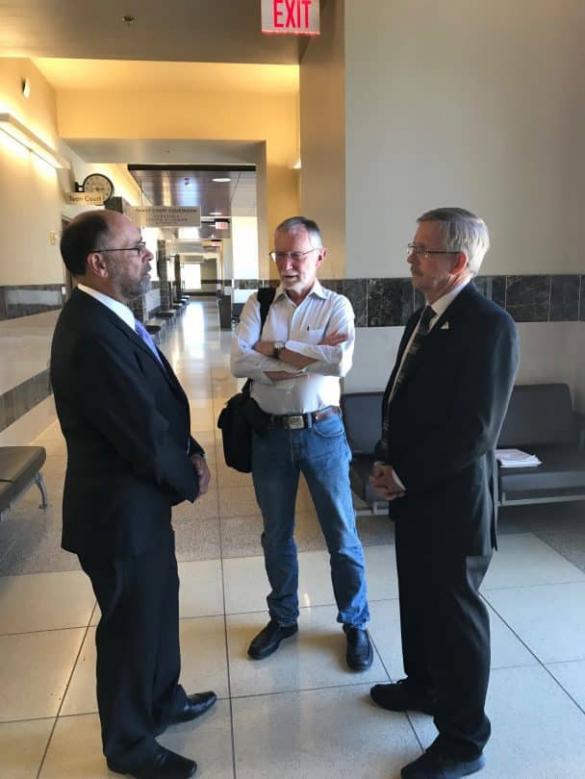 Judge Thomson said that he has reviewed the three petitions filed by Los Alamos resident Greg White and consolidated the cases going through each count at issue.

“There is a 28-count complaint, we have trouble serving from a pro se, we have litigants entitled to an opportunity to answer and if any appellate court addresses the timeliness of the action it should be with the understood context of trying to bring this matter to bear given the number of defendants and the number of counts. But I will get an order issued – it’s my obligation to rule on each count, to give you a ruling on each count against each defendant and that’s what I’m going to do,” Judge Thomson said.

He said he didn’t anticipate – although it would be nice – if Judge Francis Mathew issued an opinion on the underlying legal question of the sheriff’s duties in a separate case, which he thought would be informative but that he did not imagine he would have the benefit of being able to wait for Judge Mathew’s ruling. He said he hoped to have a written opinion by count by Friday of this week or Monday of next week. Judge Mathew indicated at a hearing May 10 in Los Alamos for a case filed against the County by Sheriff Marco Lucero that he would issue a ruling shortly thereafter but to date there has been no activity announced in that case.

Judge Thomson allowed White to review the counts filed against the three councilors for well over an hour. Much of White’s time was spent addressing his belief that under revisions to the election code, Reiss and O’Leary will be required to stay in office for another year. White told the Court that the election code now requires elections for county councilors to be held in November of odd-numbered years.

“In other words, Mr. Reiss and Mrs. O’Leary are going to be councilors for another year and a half,” he said.

Judge Thomson said the effective date of the statute isn’t until July 20 so he didn’t even know how Reiss and O’Leary would fall under the new code provisions. He said it was his understanding that they would just complete their term and because they are not standing for reelection they are out and that candidates are already standing to be elected to their positions.

White responded that certainly they could resign. He said the code states officials won’t vacate their office until the newly-elected person is sworn in and that if the election law goes into effect in July, the natural result would be that the two councilors would remain in office for an additional year.

Attorney Jack Hardwick, representing Councilors Reiss and Maggiore asked that the petitions be dismissed because White did not show that the three councilors committed acts of misfeasance or malfeasance or violations of their oaths of office.

“He has presented virtually zero evidence. All he has done is argue what he already has in his papers. He has presented no evidence to this Court that would support a finding of probable cause,” Hardwick said. He added that the matter of whether the Council has the authority to consolidate the duties of the sheriff and the police department is still before Judge Mathew. He said no matter how that case turns out, the Councilors will act accordingly but right now, there’s not finding that they have done anything wrong and that even if Judge Mathew found they had done something wrong it would not show malfeasance or misfeasance but that they had relied on the advice of counsel and made the wrong call.

Following the hearing, White said that since Judge Thomson refused to dismiss the petitions as Hardwick had asked and is going to take a week or more to issue a decision he considers it a win that his recall petitions have merit no matter what the final decision is.

“People in this county need to wake up and smell the horse manure because all is definitely not roses,” White said.

On Monday, White filed a request for the Supreme Court to reopen a suit he filed last week against Gov. Susana Martinez and the Los Alamos County Council seeking to prevent the Council from appointing a Councilor to replace James Chrobocinski who resigned June 1 and asking the Court to order Gov. Martinez to make the appointment, which is how he believes the appointment should have been made. Morrie Pongratz was appointed to that position by Council Monday evening after the Supreme Court denied White’s requests.

In response to the initial denial by the Supreme Court, White told the Los Alamos Daily Post he is always sure that in the end he will prevail.

“Jesus told the parable of the old woman and the judge. Every day she went to him seeking justice. Finally he said to himself, ‘I will give this woman what she asks before she drives me crazy’. Sooner or later the courts will get tired of hearing my prayers for justice and will restore law and order to Los Alamos,” White said. 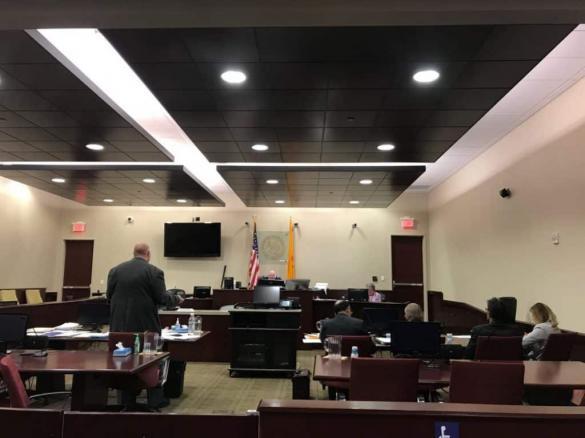 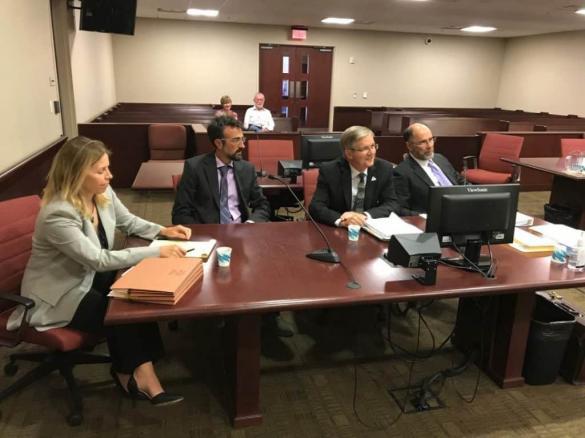