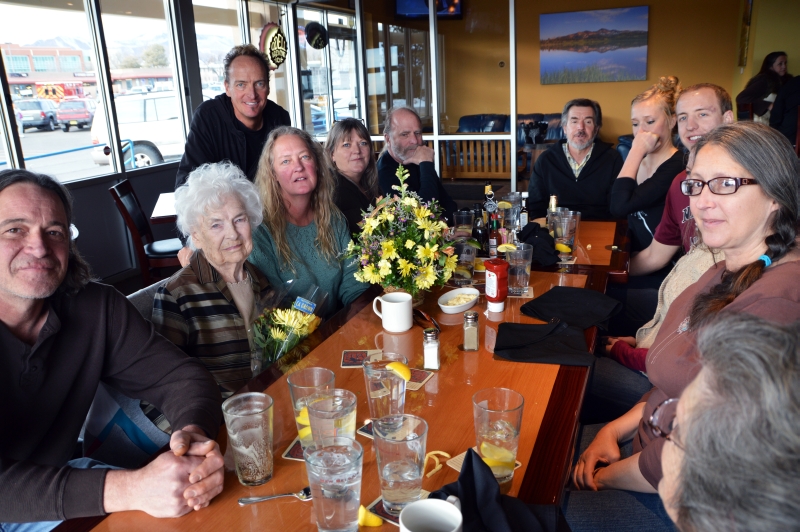 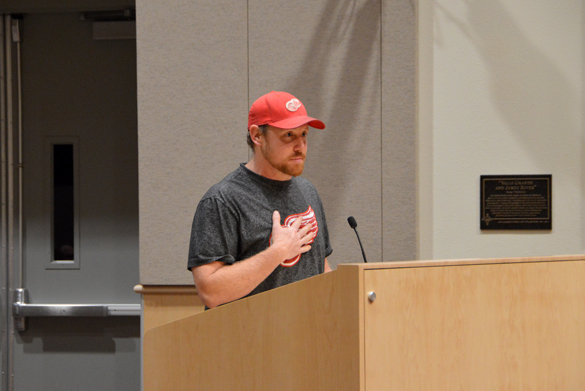 Local resident and coach Russ Nolan speaks to council during public comment Tuesday night on the importance of recreational activities for youth and the need to upgrade the ice rink. Photo by Carol A. Clark/ladailypost.com
By CAROL A. CLARK
Los Alamos Daily Post

Councilor Susan O’Leary made the motion for council to host four public outreach listening sessions – two in White Rock and two in Los Alamos – and three topic oriented public meetings to include projects related to:

The public is invited to all seven meetings and council also will invite various citizen organizations to the topic oriented meetings to gain their perspective.

“There are many segments of the community that we haven’t heard from yet and I believe they deserve to be heard,” O’Leary said. “The more analysis we have and feedback from these different groups, the better our decisions will be.”

O’Leary also called for public comments from the seven meetings to be recorded and categorized, “So at the end of the listening sessions we can actually have a document we can look at and really understand what our citizens think is important,” she said.

There is a list of some 20 projects previously gathered from past years but the point of the public meetings to help create a final list under consideration in this CIP funding cycle. Councilors removed and added projects and dollar amounts to that list during Tuesday’s meeting.

To fund the projects, Deputy County Manager/Chief Financial Officer Steven Lynne said the County has $14 million in unallocated CIP funds available, as well as some state money allocated for road infrastructure projects and another $1.2 million in the CIP Permanent Fund.

For the first time ever, the council also plans to place the projects in a bond election, which is planned for the spring of 2017.

“I feel very strong about when we put these projects together (on the ballot) that ‘it’s all or nothing’ … this will be an unprecedented thing in this community,” Councilor Steven Girrens said. “Our spending limit is set at $41 million, that includes $14 million in the bank and the $27 million (bond) cap.”

Council Chair Kristin Henderson added that the council may not do a bond for the full $41 million, but rather put together a package that is reasonable for the community.

Councilor James Chrobocinski participated in Tuesday night’s 4-hour meeting by telephone. He spoke of wanting to see a recreation center developed as part of the CIP process. He described the center as having a leisure pool on the front side, a covered ice rink on the back side and covered tennis courts.

“A local nonprofit organization such as the YMCA could operate the center to save the County some operational funds,” Chrobocinski said. “This will not be just a recreation center but I believe it has the potential to be an economic driver as well. This (recreation center) would be my top priority.”

Chrobocinski added that he wants to see the County’s outdoor ice rink remain open as well because it draws state tournaments.

Public comment also focused on recreational projects. Local parents and coaches advocated for everything from a leisure pool, to indoor soccer, tennis and basketball courts to improvements to the ice rink, golf course and ball fields.

Council agreed to begin in January holding the seven public outreach listening sessions on the CIP projects and have the sessions completed by March 1.

“Okay, we have a plan and we’re going to be very busy at the beginning of the year,” Chair Henderson said. 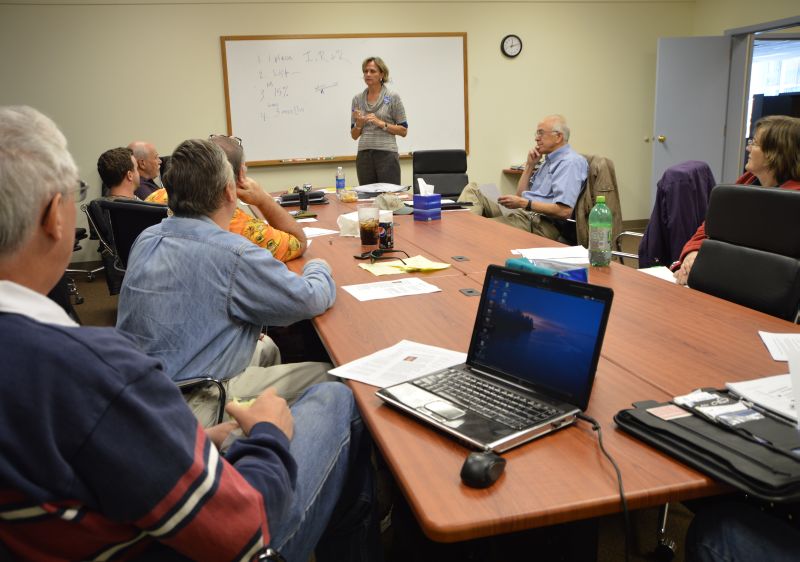 Local resident Shelby Redondo speaks to council on the importance of a leisure pool as coaches and fathers line up behind her waiting for their chance to speak during public comment at Tuesday’s meeting. Photo by Carol A. Clark/ladailypost.com 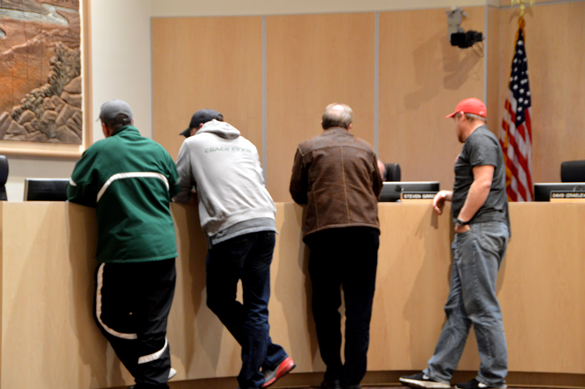 Local coaches and fathers chat with councilors during a break in Tuesday’s council meeting in Council Chambers. Photo by Carol A. Clark/ladailypost.com 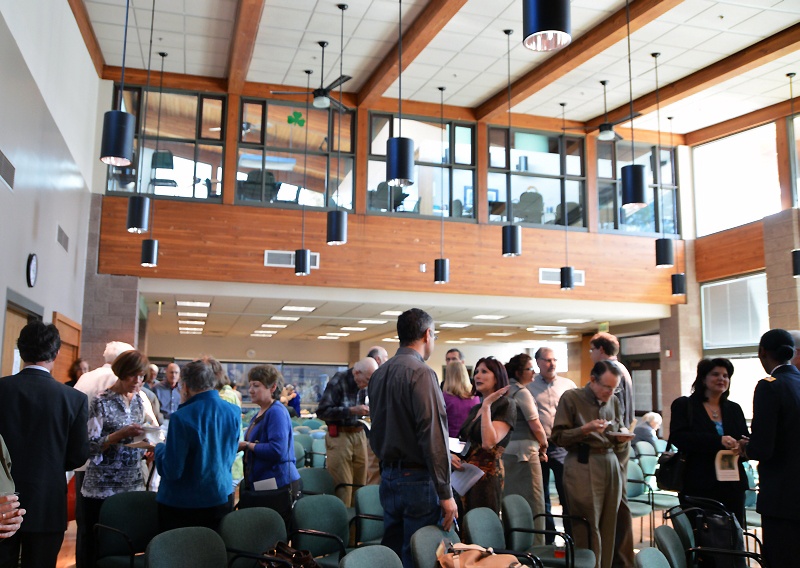 Scene during a break in Tuesday’s council meeting. Photo by Carol A. Clark/ladailypost.com