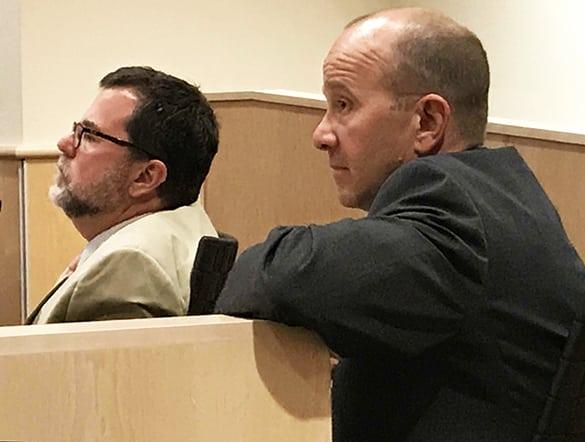 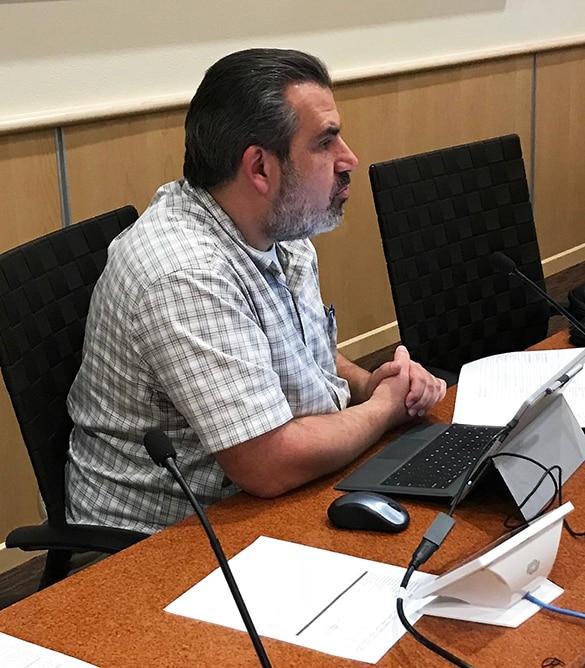 The County has been trying for months to learn the tax status of Triad National Security, LLC, and specifically since it was announced that this company has been awarded the new Los Alamos National Laboratory management and operating contract.

“At the time of the award we tried to find out again some information but were told by a number of individual folks within Triad and the (National Nuclear Security Administration) that such information would not be made available until after the notice to proceed was issued,” Burgess said. “We waited for that information to come forward, however, when that notice to proceed was issued, we reached out to the same individuals and unfortunately were told that they didn’t have that information yet, that it would be potentially several weeks until they were able to inform us of that tax status due to a number of different issues that they’re contemplating. So unfortunately, right now we don’t have specific information regarding the taxable status.”

Burgess said that at the time of the contract award, NNSA stated directly to the County that this was a “not for profit enterprise” and since then Triad’s website that had just been published makes the assertion also of their nonprofit status. He said that was a consideration when the contract was first awarded.

“It was something that internally we weren’t sure was possible given the structure of Triad and the partners involved and it’s still an unclear issue because federal tax law and how it interacts with the state of New Mexico is complicated at best,” Burgess said. “There are still questions despite the assertions of non-taxable status. There’s a potential for a limited liability company that is not for profit to still be taxable and that’s one of the unknowns we are facing right now.”

He said in preparation for this, knowing that the contract was up for award and having reviewed the solicitation, the County anticipated the potential for a not for profit award and its effects on gross receipts tax (GRT) revenue, and in preparing for such, introduced a flat budget for this year,  which Council approved. He said the County has already made certain decisions toward the goal it now anticipates by not only approving a flat budget but also by not including raises for non-represented personnel and by postponing capital projects.

“I think it’s important to remind Council that over the past five years we have not consistently every year but several years in which we had flat budgets approved as we were addressing some of the Lab’s budgets and the way that translates into our revenue stream. So, for the past several years it has been a fairly tight budget and we have come to Council with a number of different cuts to meet that in spite of raising costs for salaries, insurance and the like,” Burgess said. “Why are we concerned about this? We have the potential and it is speculative now as to how much the nontaxable entity’s revenues to the County would decrease, but estimates based on the switch that occurred back in 2006, as well as a number of other factors, bring us to estimate approximately $20 million potential loss which, if you look at the GRT collections for the general fund, is almost exactly half the GRT we collect in any given year. That’s significant for our operations and our ongoing ability to balance our budget.”

“We welcome any input, but we really wanted to present the information, the breadth of things we should be considering in how we address this issue should it come to pass and hopefully provide each of you with the opportunity to discuss the various options, think about them and interact with your constituents and others. We anticipate further meetings to come to a decision. At present I am suggesting that during our August work session, we revisit this issue and maybe by that time we will have additional information from Triad as well as the ability to gather our own information and have the ability to consider what all we discuss this evening,” he said.

Beyond that date, Burgess suggested that Council make some more succinct plans, but that somewhere in the October timeframe it would be appropriate for them to consider revisions to the budget. He said he wanted to take the onus of a decision off everyone and instead focus on discussion, questions and answers, to clarify there are options and consider the breadth of those options.

“With the Lab’s change in management and any resultant change in revenue, assuming a negative change, our economy doesn’t necessarily change locally. If you think about it, we’ve got growth at the Laboratory, we’ve got home sales that are through the roof, we’ve got a number of businesses and we heard this through some of the public comment, who are doing fairly well,” Burgess said.

He noted significant interest in the change of Lab management from the point of the employees adding that he thinks there are employees who look at it very positively.

“So, it is a difficult task for us as an organization to show this concern at a time when many in our community would be considering this to be a very positive timeframe. There are a lot of very good things going on in our community with businesses and the like and for us to be concerned about our revenue decreasing is somewhat antithetical to what others are experiencing here today,” Burgess said. “And so, if you think about it, those who would be affected by this decision are a very small group, primarily government agencies, the County, the NCRTD and the state most primarily but the problem with that is that in turn by governments limiting their revenues and their ability to provide services it does directly affect our citizens as well.”

He said from an organizational standpoint it’s interesting to contemplate the County’s concerns in  light of what others are experiencing in the community.

“There are other potential offsetting benefits to our revenue stream at the same time due to the housing uptick, people moving to town, the increase in employment at the Lab and our other activities trying to advance the business community and tourism. There are opportunities where some of our revenues may in fact increase in the face of this decrease from Lab revenues,” Burgess said. “The concern is that those increases will not come near to keeping pace with the potential decreases. There are some long-term benefits and we anticipate that over time we will see our GRT from those other sources increase, however, the question remains as to the balance between those two numbers.”

He said there will likely be increases in the demand for services not only because there are more people living in the community but also from the County’s partner agencies such as the schools, UNM-LA, transit and the utility department corresponding to the Council trying to increase the number of rooftops in town.

“So, at the same time that we might be experiencing a decrease in revenue, I expect there to be quite an interest in services from our community,” he said.

Burgess explained that there also is a question of timing.

“We understand right now that the Laboratory management structure will remain the same until Nov. 1. Our fiscal year began July 1 and so for the first four months or one third of the year, we would anticipate a similar revenue stream as past years. There’s a question during transition as to how that will go, however we do know that the first third of the year will be operated under a taxable scenario,” he said. “What that does for us is it does allow us to not rush into things.”

Burgess said with the first four months being under a for profit operator, the County won’t be able to assess any change in revenues until several months into the new calendar year because there is a two-month delay in submission versus when the County receives receipts so that first month of November with the new operator would not be reported until January.

“I don’t expect that first two months of their operation to be indicative as to how the rest of their contract will continue as I expect it to be a little bit subdued. We need several months of experience before we really know that full impact,” Burgess said. “Receipts vary throughout the year. They are not consistent. They vary based on the time of year and are actually higher at the end of their fiscal year due to end of year spending scenarios. So, we truly won’t see the full effect of this until we have a good six months under our belts. That puts us in a weird position of trying to anticipate what those revenues will ultimately be.”

He said the County has gotten a few different perspectives, which he said is interesting.

“On the day the contract was actually awarded, we were told by officials from Washington, D.C. that our anticipated reduction in federal taxes, which the state had estimated as high as $40-$50 million during their consideration of SB-17 last year, that the true reduction would be more like $20 million,” Burgess said. “The problem is I’m not certain how they came to that assessment. There are some potential positive indicators, but we just don’t have anything to base that on. The only thing that has been said is that would be due to a change in structure of how they subcontract for the various services. Between $50 million and $20 million there is a big potential delta that we don’t know where it will land. It is unfortunate that we don’t know how they came about that analysis because that would be very informative if we were able to understand their projections.”

He said when the time comes for budget revisions he expects the County will consider longer term issues as it tries to balance its budget.

“We have some beneficial things in our budget. We have some reserves, we have a (capital improvement plan), we have other anticipated ways we can address some of our shortfall,” Burgess said. “We need to look at the big picture. We are presenting information to you this evening because I think there’s an ability to consider, during the first year, certain changes and as we get more information, make additional changes as we go forward.”

Assistant County Manager Steve Lynne over the next couple of hours at Wednesday’s special session, presented an extensive report to Council and the public, which included assessments, factors that increase and decrease the loss of revenue, possibilities for budget restructure, detailed estimates of GRT revenue loss, capital spending and departmental expenditure.

Councilors asked questions and each councilor offered input on how the potential revenue shortfall could be addressed by the County. Suggestions were made as to additional information and statistics councilors would like to review when they meet again on the issue in August.