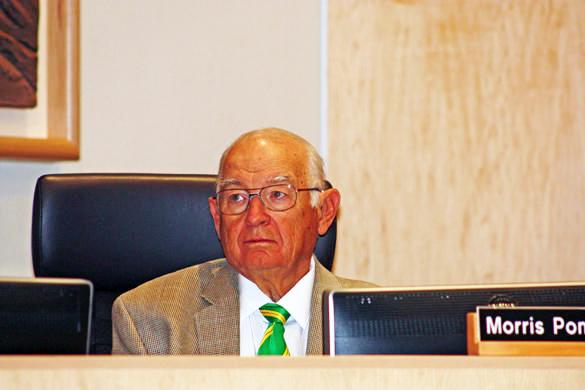 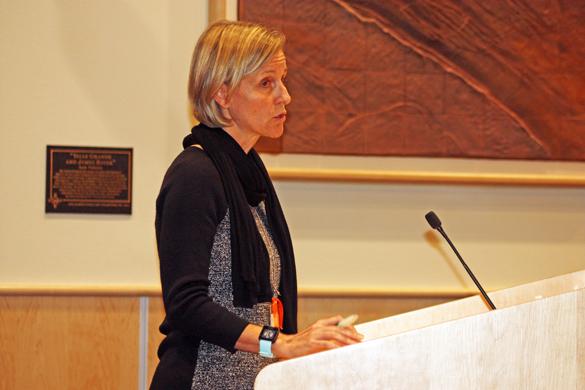 Los Alamos isn’t immune to homelessness, suicide, abuse or drug use; in fact there are a multitude of local programs and agencies working to address and resolve these issues, particularly for the community’s youth.

During Tuesday’s regular Los Alamos County Council meeting, several representatives from local organizations discussed their work to assist young people. Many councilors applauded these agencies and argued for the County’s support for these organizations.

Councilor Morris Pongratz requested the item be placed on the agenda.

He said he has lived in Los Alamos for 46 years and in that time, “I’ve seen big changes for the better.” He added he feels the County government played a big role in those changes.

Still, Pongratz said there is a ways to go.

He pointed out the results of the 2017 New Mexico Youth Risk and Resiliency Survey, a project that characterizes risk behaviors and resiliency/protective factors among New Mexico youth. The survey is a joint project of the New Mexico Department of Health and the New Mexico Public Education Department.

There were a few promising points in the most recent survey’s report. Alcohol use among teens is down along with smoking cigarettes although that could be replaced with e-cigarettes. The survey did not have enough data on vaping. Pongratz also noted that 15 percent of survey takers said they have driven with someone who had been drinking.

There are numerous agencies available to teens and their families to deal with these issues. These include the Juvenile Justice Advisory Board, the YMCA Teen Center and the Los Alamos Public Schools Healthy Schools Initiative. The County offers its own services including the social services department and the police department. Councilor Pete Sheehey praised these organizations.

“Non-profits’ efforts … the County actually … puts about a million and a half dollars into social services of all kinds. In many cases (the County funds) small contracts with local organizations … those organizations take that money and leverage it and bring in another million in grants … to enhance their work. They’re not in it for the money. A huge amount of work gets done and they’re not getting rich,” he said.

He encouraged the council to get the word out about these organizations. These resources are invaluable to the community and these services need to be utilized, Sheehey said. Councilor Antonio Maggiore said being a graduate from Los Alamos High School gives him a unique perspective.

“I’m the only councilor up here who went to high school in this town and has been acutely aware, first hand, of these issues and concerns raised. And I think that gives me a different perspective from previous people who have sat up here on the dais,” Maggiore said.

He wondered why there was no place in the high school or in the teen center where students could have access to free condoms.
School Board Vice President Andrea Cunningham said the issue was brought to the school board about 15 years ago but the parents’ reaction was the schools were there to educate and issues such as protective sex was a public health issue that should be addressed in the public health office, which is no longer opened.

Teen Center Director Sylvan Argo said the Teen Center will distribute condoms but it is in a limited capacity. She added education about protective sex is an important component.

Maggiore added that he would like to see this changed.

When the County contract for the Teen Center comes up again for approval, he said, “I want to see condom distribution in that contract. Absolutely no ifs, ands or buts.”

“I’m really glad the council has received this report,” she said. “Taking care of our youth is the responsibility of adults and … I believe it is the responsibility of the County to make sure there are programs in place that support a healthy environment, healthy living and a system that produces healthy, productive graduates that go on serving our community and country.”

Helping youth was the main reason O’Leary served on council, she said. She pointed out individuals younger than 18 make up 25 percent of the community. They can’t advocate for themselves and parents are too busy to be community-wide advocates. It is up to these nonprofit agencies and the County to be the advocates, she said. O’Leary challenged those social service professionals in the room to “fight hard” and get Council to fund their services.

“I would say I hope that County Council will give this issue their full consideration and approve budgets that reflect those needs,” O’Leary said.

Council Chair David Izraelevitz asked for the status of the request for proposals for a public health nurse. Community Services Department Director Brian Brogan said the hope was to issue the RFP this month and to have a response time of two months.
Councilor Rick Reiss spoke in favor of restoring a public health office in town. Not having one, he said, has aggravated problems. Still, he commended the efforts of the organizations represented at the council meeting.

“The education, the opportunity to communicate efforts … is worthwhile. Not everybody pays attention to this until it is in their backyard,” Reiss said.