The vote was 4-2 with Councilor Susan O’Leary and Councilor James Chrobocinski voting against the measure. Councilor David Izraelevitz was absent. During Council discussion, O’Leary and Chrobocinski called for a more “phased in” rate hike to allow residents an opportunity to adjust to the increase over time.

For residential customers, the average increase is approximately 20 percent. The impact to a residential customer consuming 500 kilowatt hours of electricity per month, would increase from $57.83/month to $69.60/month. The impact to the County for electric service, including the Department of Public Utilities as a customer, is an annual increase of approximately $230,000 in utility expense.

The FY15 budget approved by the Board of Public Utilities and County Council included $14.2 million revenue from retail sales, which represents an additional $757,000 over FY14’s budgeted amount. The rates Council approved Tuesday evening will, over a 12-month period, provide sufficient revenue to support that existing FY15 budget and cover the risk of any moderate fluctuations in the cost of power.

The determination of how much to increase electric rates to support operations and maintenance, projected capital improvements, and debt service began last June when the DPU contracted with Leidos Engineering to perform a cost of service analysis and make recommendations for electric rates that adequately assign costs to cost drivers.

To assist Councilors in their consideration of Tuesday night’s proposed rate hike, the following attachments were provided to them:

Attachment A is the actual ordinance under consideration in legislative format – Click Here. 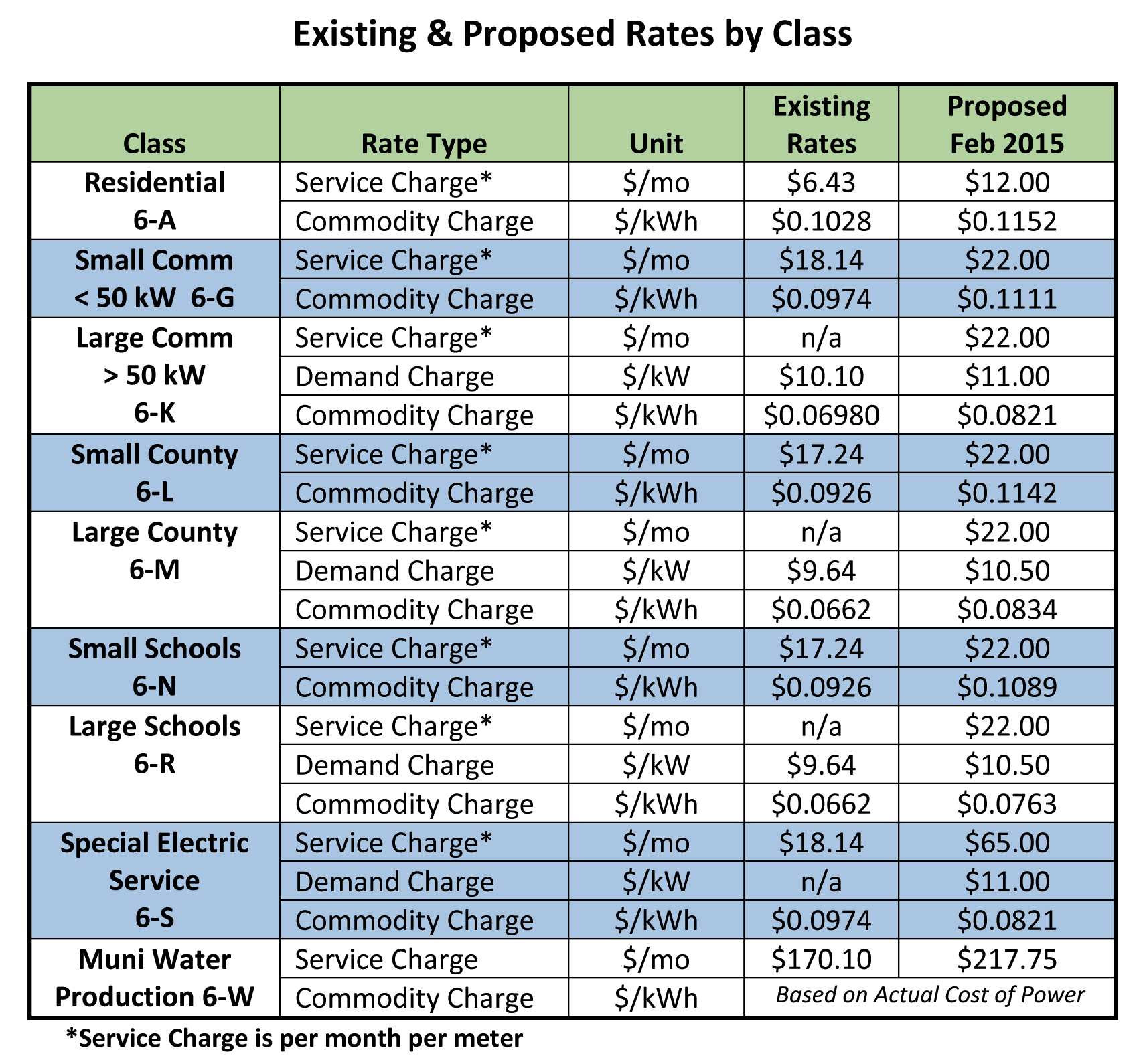 Attachment B shows a side by side comparison of existing rates and proposed rates by customer class, including representative sample comparative monthly charges for a typical residential and a typical small commercial customer. Courtesy/LAC 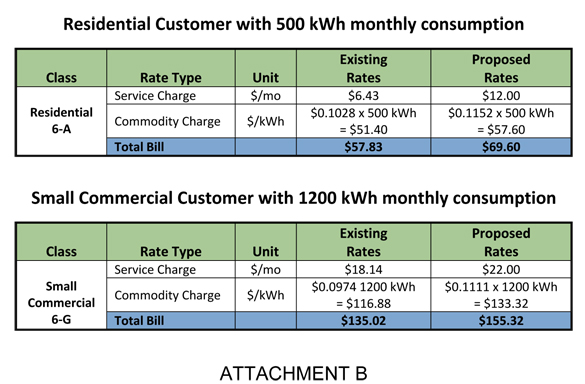 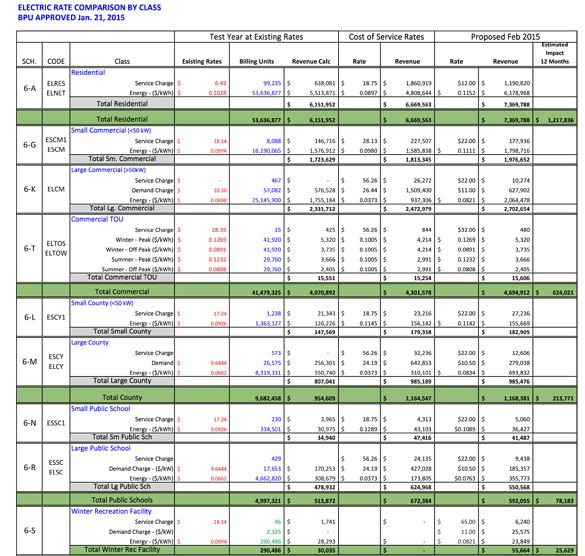 Attachment C shows a comparison of the revenue generated at existing rates using “test year” quantities from the Leidos report. Also included are the rates that would result from a “pure” cost of service implementation, revenue that would be generated using test year quantities using those rates, and the final proposed rates and revenue generated, again using test year quantities. The target would be the “cost of service” revenue. The additional revenue showing in the proposed rate column is the additional amount included in the rates that was previously identified as a power cost adjustment factor. Courtesy/LAC 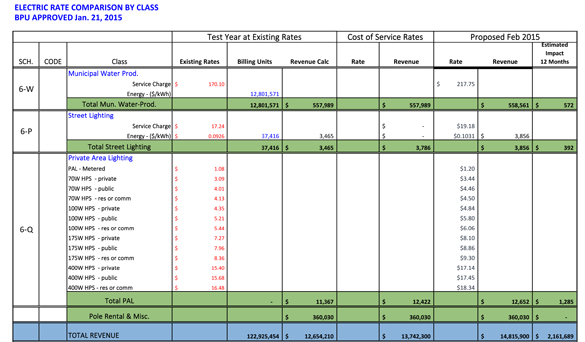 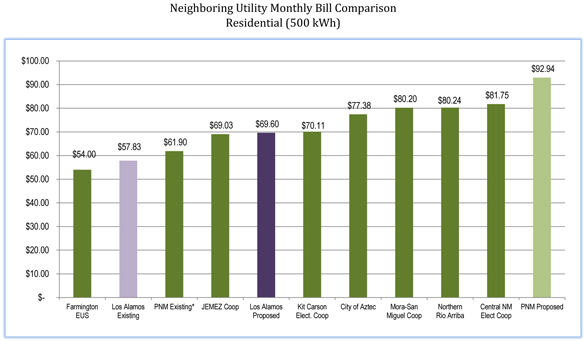 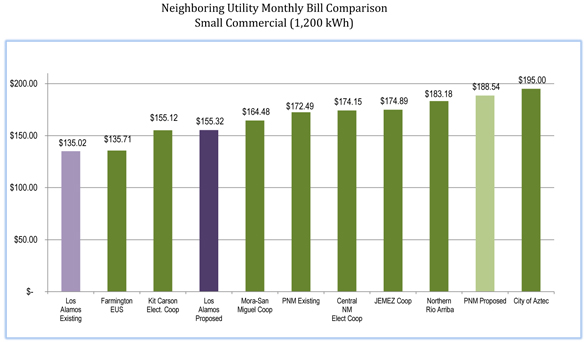 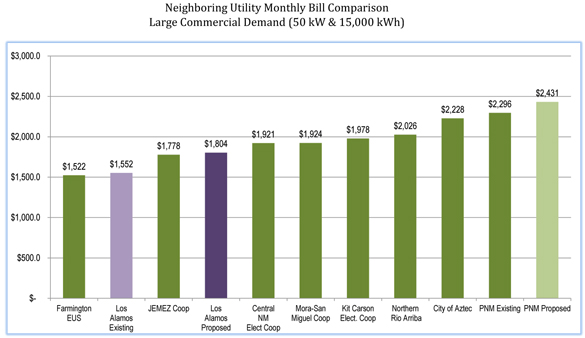