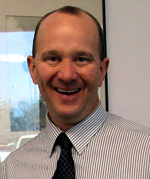 The Los Alamos County Council met in closed sessions recently regarding the personnel evaluations of the County’s contract employees: Manager Harry Burgess, County Attorney Rebecca Ehler and Department of Public Utilities Manager Tim Glasco.
At Tuesday’s meeting in Council Chambers, the Council voted unanimously to approve a 3 percent salary increase for each of these contract employees. The increase brings the County manager’s annual salary to $197,640; the County attorney’s salary to $161,136 and the DPU manager’s salary to $160,812. Ehler is scheduled to retire this month and Los Alamos County Human Resource Manager Denise Cassel explained that the salary increases are based on last year’s performance.
The Council appointed Burgess to his job in October 2011 and he began work Nov. 7, 2011 at a salary of $ 161,500. Prior to this appointment, he worked in the governmental sector in New Mexico for more than 17 years, including positions as city administrator in Carlsbad, county manager for Grant County and administrative services director for Eddy County.
Burgess holds a bachelor’s degree in Industrial Relations (personnel/organizational management), a master’s degree in Fire and Emergency Management Administration, a master’s in business administration and a doctoral degree in economic development.

The Council appointed Ehler to her post in June 2012 at a salary of $136,000. She had previously served as legal advisor at the Department of Public Safety in Alamogordo. She also served as the city attorney for Alamogordo from 1993-2002, advising the city council on bond issues, ordinances, contracts, land matters and a water utility.

Ehler also served as acting city manager for six months during city administration changes. Prior to serving in Alamogordo, Ehler was the first County attorney hired by the County Commission in Roswell, working for the County nearly five years as their legal advisor and including a role as acting planning and zoning administrator.

Glasco took over as manager of the DPU July 6, 2014 at a salary of $145,000, following John Arrowsmith’s retirement. Glasco has been with the DPU since 1995 and in his role as manager is responsible directly to the Board of Public Utilities for the management and operations of the Department.

A licensed Professional Engineer and certified as a Level IV Wastewater and Water Systems Operator, Glasco has more than 30 years of experience in municipal and public works engineering and management.