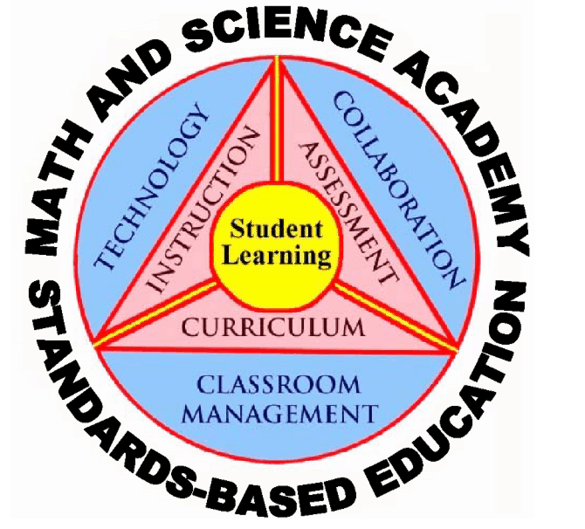 Partnership with MSA has the potential to expand the impact of NMC research programs into New Mexico elementary and secondary schools, and to strengthen the relationship between MSA and New Mexico Universities.

“MSA has been an important partner for the LANL Foundation over the past 12 years,” said Susan Herrera, CEO of the LANL Foundation. “Together we learned about the importance of building sustainable partnerships with school districts in our region. And together, we responded by working with teachers creating professional development programs designed to increase student learning. We wish MSA the best in their future endeavors and will continue to work together to bring the best practices in educational innovation to northern New Mexico school districts.”

The Math and Science Academy was created by LANL to address the fact that Northern New Mexico K-12 students historically lag behind their national peers in math and science proficiency scores; in addition, Hispanic and low-income students typically score even lower versus state and national averages.

Since its inception in 2000, the Math and Science Academy’s mission has been “to significantly improve mathematics and science education as part of a larger systemic change initiative in northern New Mexico”.  As such, the MSA has worked extensively with the Chama, Mora, Taos, Pojoaque and Espanola school districts, graduating more than 300 educators from its three-year professional development program, positively affecting over 6,000 K-12 students.

The Math and Science Academy is a comprehensive teacher professional development program that consists of a three-year commitment by teachers to complete over 130 hours of training each year.

Teachers receive a stipend for the hours they spend in the academy, and are taught/coached/mentored throughout the program by four full-time LANL MSA Master Teachers.  Several (57) of the proam participants have also had the opportunity to obtain an optional Master of Arts in Teaching Math and Science degree at NMSU, and an additional eight participants are pursuing a specially-designed doctoral program in Educational Leadership at UNM.

The close relationships MSA has with UNM and NMSU, along with its basic mission to enhance math and science learning initiatives in northern New Mexico, make the Academy a logical fit with the New Mexico Consortium.

“We’re delighted to partner with the Math and Science Academy,” said Executive Director Katharine Chartrand of the New Mexico Consortium. “Our missions complement each other. The NMC can assist MSA in obtaining and managing external funds so they can continue to build STEM (science, technology, engineering mathematics) content knowledge and teaching capacity in the northern New Mexico school districts as they’ve been doing for the past 12 years. The MSA can help us bring our research programs to NM schools and broaden the impact of our research programs in the state.”

“We see many new potential synergies and leverage being under the NMC umbrella, which brings even greater operational linkages to the NM universities to complement our existing close contacts with their schools of education,” Foster said. “The close NMC link to the LANL research and technical staff community and the LANL Institutes likewise should become valuable to MSA in the future as we begin to engage LANL students, postdocs, staff and retirees as volunteer subject matter experts to help bring more real world relevance and content knowledge to our MSA math and science teacher professional development programs.”

Foster added, “The value of the new partnership with NMC was already demonstrated last week with the submission of an MSA grant application to a potential major corporate sponsor.”

The New Mexico Consortium is a non-profit partnership of New Mexico Universities that supports scientific research and education in New Mexico.

For more information about the Math and Science Academy, contact Scott Robbins, Student Programs Team Leader for LANL’s Science and Technology Base Programs, at 667-3639, or srobbins@lanl.gov.

For more information about the New Mexico Consortium, contact Shannan Yeager, Director of Community Resources, at 412-4200, or syeager@newmexicoconsortium.org.