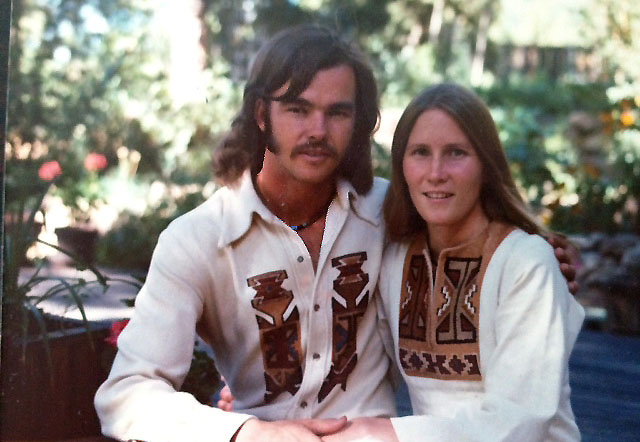 There are moments, Cheryl Sowder believes, that happen for a reason. Some of her moments led her to an Environmental Design degree, to a husband, to own a business, and to a discipline that helped her find balance. These moments led her to serve others as both a volunteer and through her business, The Finishing Touch. 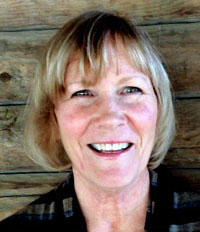 Her mother sewed and frequented Dendahl’s, a fabric store in Santa Fe, which eventually opened up an opportunity for Sowder. During summer breaks from college, she worked at the regionally popular Dendahl’s, just off the Plaza on San Francisco Street. Sowder attended the University of New Mexico for two years and graduated from Texas Tech in 1970 in Environmental Design.

At Dendahl’s she was introduced to silkscreen printing by a Navajo man who went by the English name Frank Waters. He created Southwest Indian design on fabrics that were made into draperies, linens and gift cards. Through this relationship, Sowder developed a life-long love of Southwest art, and it was the stimulus for her own textile work.

After graduation she started her own business venture, Shirts by Cheryl, where she created rich velvet fiesta shirts and developed a style of embroidery based on Native American designs. The shirts were favorites among locals, tourists and Native Americans whom she traded with for pottery and jewelry.

Sowder lived in apartments in the Santa Fe foothills during these summer breaks from school and after graduation, until she found her future in the Jemez Mountains at the Los Ojos bar. There she re-met Joe Brophy, another Los Alamos High School graduate. He was recently back from flying helicopters in Vietnam. Brophy, working as a contractor in Albuquerque, was residing at and helping to repair the old Sulfur Springs Lodge in the Jemez Mountains. The two married six months later.

With Brophy’s background in construction, and Sowder’s in Interior Environmental Design, which focused on creating living spaces, they moved to Los Alamos, started a business, Handcrafted Homes, and built “spec” houses. Property had just opened up on “Horse” Mesa (now known as North Mesa). They completed their first house on Camino Uva in 1975. From 1975 to 1980 they built and sold 13 homes.

Then another “moment” came for Sowder. In 1979, Brophy thought it would be a good idea to purchase Netuschil’s Paint and Glass. Sowder was pregnant with their only child Ryan, at the time, and the thought was overwhelming to her.

“I didn’t have a business degree, my degree was in art,” Sowder said. “But when you’re young you think you can do anything. Good thing I thrive on a challenge! I went to classes on every business subject that I could find.” She traveled to Albuquerque and Denver, read up, and paid attention to experts. At conferences she picked others’ brains, and said, “Slowly, painfully, I learned.”

Sowder has been running The Finishing Touch in Los Alamos, with its focus on design, window coverings, flooring and paint, for 36 years now, but this path also led to another life “moment” for her. After 10 years of stress that comes from running a business, she caught sight of an ad about Tai Chi. It talked about balance, centeredness and calmness; things that were missing in her life.

She drove to Santa Fe for years to take part in a Tai Chi class that delivered to her what it promised. Then came a point where the instructor said, “You know this well enough. The best way for you to progress further is to teach it.”

In 1996, Sowder began teaching Tai Chi at The Family YMCA as a volunteer. Several core students have stayed in the class, also finding balance, centeredness and calm.

“As a volunteer instructor at the Y, I find it rewarding to help others learn this gentle form of reducing stress, improving flexibility, balance and agility,” she said. “Teaching also ensures that I find time to practice for myself.”

Besides teaching and serving the community through the business, Sowder has served on numerous boards, including the Y’s board for the last 20 years. She has been chairman of the Chamber of Commerce, MainStreet, and The Wildlife Center. Besides serving on the Y’s board, she also serves on the Leadership Los Alamos Board and the Los Alamos Retirement Community Board. She was named one of New Mexico’s 30 Women of Influence in 2009 by New Mexico Business Weekly.

“But my favorite involvement,” Sowder said, “continues to be the Y. The board, the director and the staff tirelessly work together to serve our community with compassion and generosity. I’m proud to be part of such an organization.”