Playing the work in its entirety was The Los Alamos Community Winds, under the baton of Dr. Ted Vives.

The program stated that the Ninth Symphony, which was first performed in Vienna in 1824, pushed the boundaries of art as Beethoven understood them. It was a breakthrough work, combining instrumental sound with Schiller’s hymn to universal brotherhood scored for human voices. It represents Beethoven’s  struggle for community and communication, as he was almost totally deaf. It stands apart from his other symphonies by virtue of its enormous scale, humanistic message, and unity of design.

The concert posed interesting challenges for both the Community Winds and the choirs. Beethoven’s Ninth Symphony was written for a symphonic orchestra with strings. Vives transcribed Beethoven’s orchestral score for concert band, keeping the original scoring for winds, brass, and percussion intact. While the majority of the string parts were covered by various instruments in the woodwind section, some parts were covered by brass.

The difficult score was a challenge to both band and chorus, with Vives mentioning the 3,200 hours of practice time involved for the 170 musicians on stage for the concert. Further challenges to the musicians included interpreting the nuances of Beethoven’s score, and working with an intergenerational band and choir. A high school choir member remarked on the difficulties of “learning the notes and learning the German, and the challenge of performing both of those together!” The students also noted that having the Choral Society sing with them created a different quality of sound and tone, a more mature sound. A Community Winds member called it “an epic undertaking- a challenging piece of work.”

Soloist Loren Jacobson noted that the concert was a very different experience performed by a wind band. “Having sung it before with an orchestra, you have certain sounds that you recognize. With a wind ensemble, you hear different things musically. It is very exciting.”

The First Movement, Allegro ma non troppo, un poco maestoso, demanded much of the woodwinds, who performed the quietly pensive lines originally written for strings. As the melodies emerged, the sound became fuller and more confident, building to a vigorous close.

The Second Movement, Scherzo: Molto Vivace- Presto, was my favorite. The Scherzo was very distinct and clear. The Presto, with its repeated themes, was bright and cheerful. The Winds performed with unity and dynamics. Wonderful!

The Third Movement, Adagio molto e cantabile, featured a clear and lyrical trumpet solo. The woodwinds excelled, successfully emulating strings, and the low hum of the deep brass supported the score written for string basses. The ending was beautiful, together, a composite of sound.

The Choral Movement, with its many distinct musical personalities, allowed the four soloists to shine. Jacobson, Tischhausen, Riedel and Mendius were powerful, expressive, and dynamic. More importantly, they sounded magnificent together. When joined by the combined choirs, the result was a wall of sublime sound filled with lush chords, light, and, yes, joy! My daughter would call it a “goosebump moment.” The tempo was brisk, the singing and playing clear and full. The finale, completed by the final dramatic passage performed dynamically by the Winds, was met with a standing ovation.

Staging so many performers, with chairs, risers, and reflectors, was difficult. When not singing forte, the choir was too quiet at times. Different positioning of the choir would have helped. In addition, a rambunctious preschooler created a great deal of nuisance noise. Parents, do consider whether a classical concert is the right place for your little ones, and please remove them from the auditorium if they can’t remain quietly seated during the concert.

The program also included the presentation of the Los Alamos Community Winds’ Music-Filled Life Scholarship. Established in 2012, the scholarship is presented to a graduating senior who best demonstrates a desire and ability to continue performing and making music an important part of his or her life. Community Winds President Joyce Guzik presented a check to LAHS senior Emily Silks. A percussionist, Silks plans to attend the University of Montana and study music performance. She is the daughter of Pete and Valerie Silks of White Rock.

Supporting students is a priority with the Community Winds. Several students play regularly with the band, and Vives often recognizes them at concerts. A 2010 performance of Orff’s Carmina Burana featured the LAHS Choirs.

“One of the things we have always tried to do with our concerts and the Community Winds is to give everyone an opportunity to perform quality musical literature,” Vives said. “More to the point, with this concert, to give them the opportunity to share musical pieces they would probably never perform unless they were music majors. This gives these kids and community members an opportunity to share the performance with other generations.”

Los Alamos music patrons have one more opportunity to hear the fourth (choral) movement of Beethoven’s Ninth Symphony at 7 p.m. Tuesday, May 14 at Duane W. Smith Auditorium as part of the LAHS Choirs Concert. Don’t miss it. 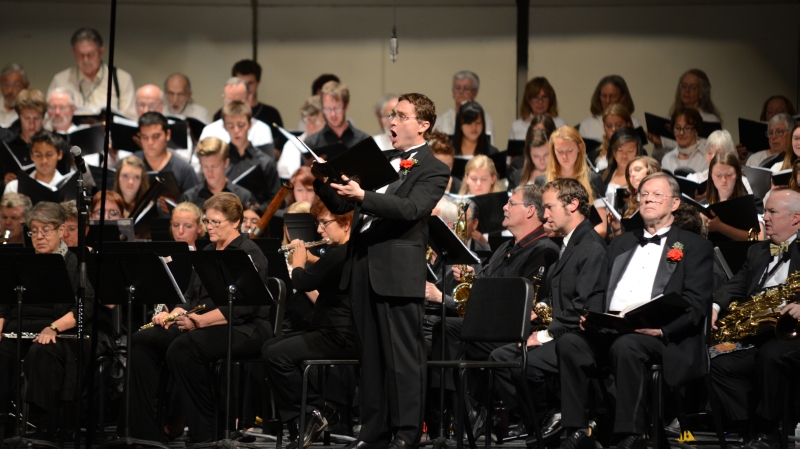 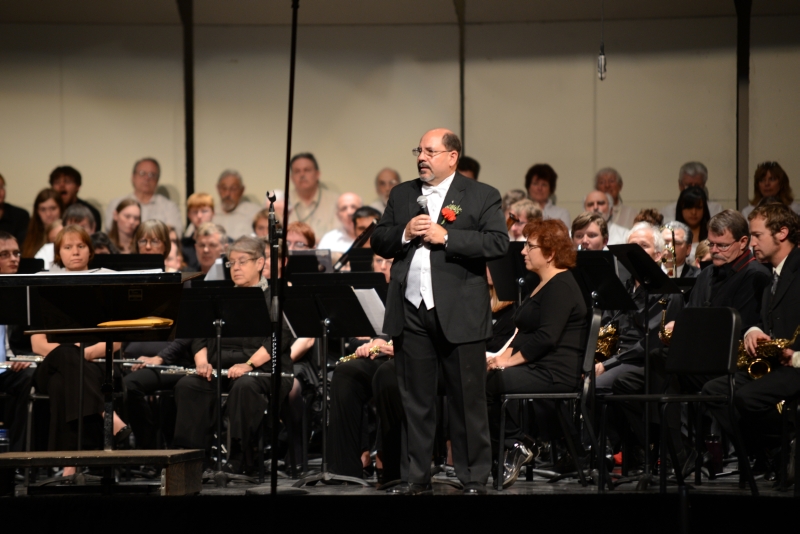