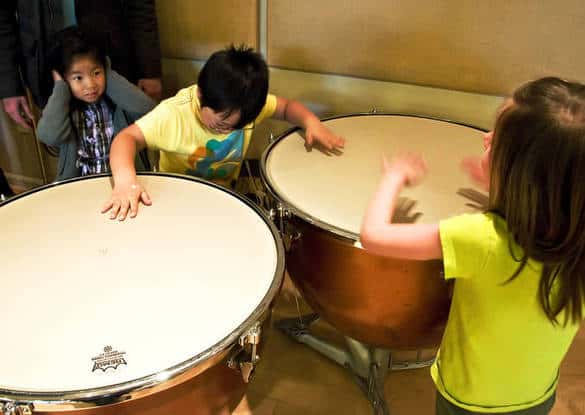 The concert is free, although donations are gratefully accepted. The title of program refers, not only to the theme of the pieces, but also to the fact that much of the program will be new to the audience.

As is often the case at a Winds concert, the music was selected to challenge the performers as well as bring a unique aesthetic experience to the audience.

The Winds will be joined by guest conductor Robert Sheldon, who is also the composer of two of the pieces on the program, As a Wind from the North and Choreography. Sheldon is one of the most performed composers of wind band music today. He is also an educator and the author of the text used by Los Alamos elementary school bands. Sheldon will hold a clinic for local sixth graders while in Los Alamos.

Also on the program is Vignettes for Concert Band, a new commissioned work by American composer David Avshalomov. The Winds joined with 25-30 other bands across the planet to commission the work.

“Avshalomov used information on what instruments community bands have,” Director Ted Vives said. “This kind of commission guarantees the composer a lot of performances of the new work.”

The Winds will also present a new work by Vives himself, “...and they named it Trinity.” The piece was inspired by nine quotations from J. Robert Oppenheimer sprinkled throughout the piece, Vives said.

“As a composer, I’m very excited to have it premiered,” he said.

The Winds will also present The Incredibles, the score for the Disney animated hit about a family of super heroes by Michael Giacchino and The Free Lance March by John Philip Sousa.

This performance by the Los Alamos Community Winds is part of the 12th Annual Daniel Pearl World Music Days – a global network of concerts that uses the universal language of music to diminish hatred, respect differences, and reach out in global friendship.

Daniel Pearl, the journalist and musician kidnapped and assassinated by terrorists in Pakistan was a classically-trained violinist, as well as a fiddler and mandolin player who joined musical groups wherever he traveled.

World Music Days commemorates his Oct. 10 birthday and carries on his mission of connecting diverse people through words and music.