Community Winds Is On The March! 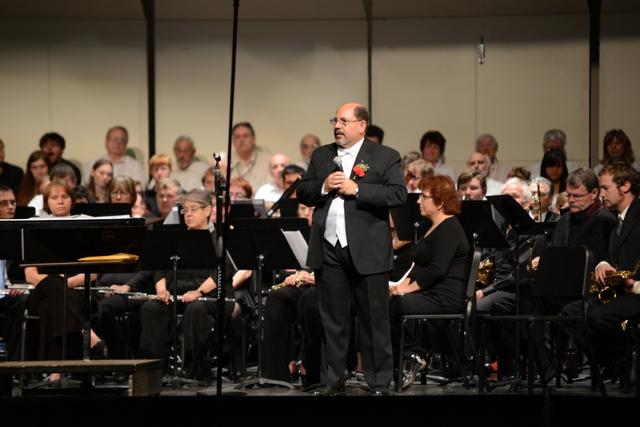 In honor of music month, the Community Winds presents a concert of marches chosen by the performers.

The concert is 7 p.m. Saturday, March 28 at Crossroads Bible Church. Like all Winds concerts, this one is free, but donations are appreciated.

One brand new piece will have its world premiere at the concert, “Mixolydian Fanfare” by Los Alamos composer James Beinke. Beinke is a former band director and plays horn in both the Los Alamos Community Winds and Los Alamos Symphony. Beinke has composed a number of works for various ensembles, The Winds premiered his “Little Mesa March in 2009.

Mixolydian Fanfare uses the mixolydian mode – a major scale that starts on the fifth pitch and ascends up the scale from there to the next octave (going from a G to the next G in C Major, for instance) as its tonal basis.

The concert is nothing if not diverse. It will feature both concert and parade marches.

The anchor piece for the concert is “Lincolnshire Posy,” which Vives called “one of the most important pieces of band music ever written.” Composed by Percy Aldridge Grainger for wind band early in 1937, this bunch of “musical wildflowers” is based on folk songs collected in Lincolnshire, England. Each of the movements is a musical portrait of the singer who sang its underlying melody.

The evening will begin with ”Esprit de Corps” written by Robert Jager to honor the U.S. Marine Band and contine with “Fairest of the Fair” by John Philip Sousa, a familiar name to any band concert goer.

The March from “The Love of Three Oranges” by Sergei Prokofiev is the best known piece from that work. The movement’s march rhythms are continually inflected by strident, “wrong-note” sonorities, making this a very unusual march.

Percy Aldridge Grainger 1882 One piece that will be familiar to many concert-goers, though they may not know its name. “World Events March” written by J. S. Zamecnik in 1935 was used for 20th Century Fox newsreels from 1935 to the early 1960s.

Another piece sure to be familiar is “The Imperial March” by John Williams. Darth Vader’s theme is probably the best known modern march. A traditional march, “Army of the Nile,” by Kennth J. Alfred and the stately Johan Halvorsen. Einzugsmarsch der Bojaren (Entry March of the Boyars) By Norwegian Johan Halvorsen is also on the program

A modern piece, “January February March,” by Don Gills at first sounds, “like two pieces,but it all comes together,” Vives said. “This concert will thoroughly explore the march as a musical form.”