New Beginnings Fellowship Church at 112 East Road lost its chapel to fire on the 4th of July. Los Alamos Police were at the church early Thursday evening. Los Alamos Fire Investigators, the New Mexico Fire Marshal and an agent from the Bureau of Alcohol, Tobacco and Firearms are searching for the cause of the fast spreading blaze. Photo by Carol A. Clark/ladailypost.com

Los Alamos residents and members of the local faith-based community are rallying around the New Beginnings Fellowship Church, 112 East Road, after a fire destroyed its chapel on the 4th of July.

Calls of support and words of encouragement have poured in from across the County and the Christian Church at 192 East Road is opening its doors Sunday so New Beginnings Pastor Shawn Amburgey can provide a 4 p.m. service for his displaced congregation.

“We are deeply grateful for the support and encouragement that we have recieved from community and friends,” Amburgey posted on the New Beginnings website.

Deputy Fire Chief Justin Grider said Wednesday that the fire was reported at 10:22 a.m., last Wednesday and firefighters from Station 6 across the street were on scene by 10:23 a.m., and able to contain the blaze to the chapel area.

One injury was reported and it involved a firefighter transported to Los Alamos Medical Center after a 5-inch coupling broke loose and injured his ankle.

Los Alamos fire investigators, Los Alamos police detectives and the New Mexico Fire Marshal have been sifting through the charred remains inside the chapel in an effort to determine the source of the fire.

“The ATF has joined the investigation,” Hughes said. “They come in whenever there’s a church and the possibility of a hate crime involved.”

Both Hughes and Grider said it’s highly unlikely that a hate crime was involved in the local fire. 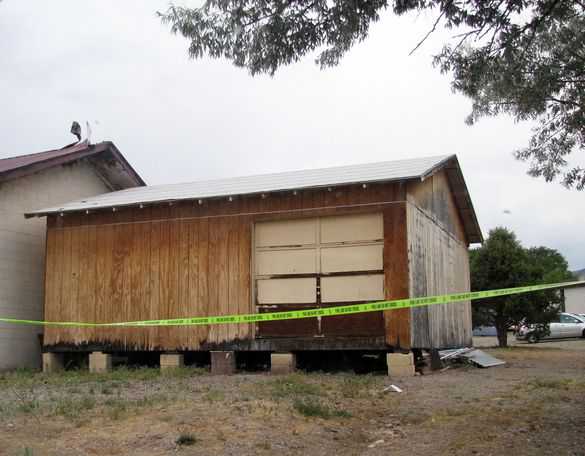 A shed-like structure resting on bricks behind the church is lined as well with police tape following Wednesday’s fire. Photo by Carol A. Clark/ladailypost.com.

The Federal Bureau of Alcohol, Tobacco and Firearms (ATF), is the federal government’s explosion experts, mandated to investigate fires at all places of worship working in partnership with local and state agencies to determine the origin.

The ATF began investigating these incidents in response to a rash of incidents at religious institutions in 1995.

The Justice Department mandated the formation of the Church Arson Task Force, which stretched across a number of federal agencies. 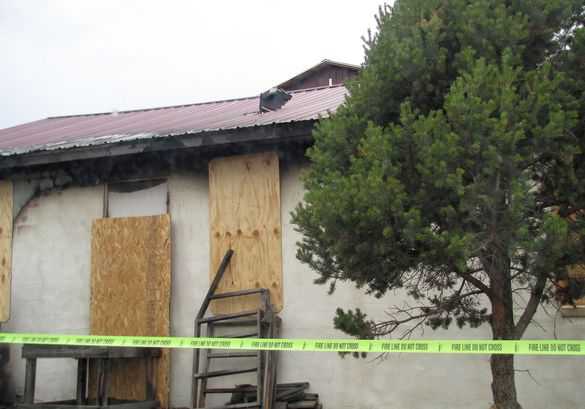 The chapel of the New Beginnings Fellowship Church is a total loss following the Fourth of July fire. Photo by Carol A. Clark/ladailypost.com

The ATF was asked to participate, both in collecting data as well as in providing investigatory expertise.

Arsons are the leading cause of fires at religious institutions and continue to be a top priority of the ATF.

Hughes said the ATF investigator and the state fire marshal left for the weekend and will return to town Monday to continue the investigation.

They have a few more people to interview and a couple of other things to wrap up. 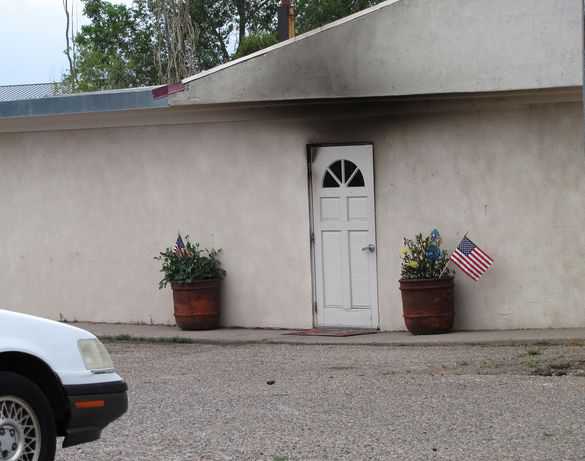 The New Beginning’s pastor and his wife Lanessa Amburgey are from Alamogordo, where they were high school sweethearts before marrying in 1998.

They were both involved in ministry as youth.

After moving to Albuquerque, they traveled throughout New Mexico and Texas for a year doing evangelism.

They took their first youth pastorate in Hobbs in 1999. During the year and a half they spent in Hobbs, the couple’s original group of seven students ballooned to 40, according to the New Beginnings website.

Moving back to Albuquerque in 2001, they pastored youth in Rio Rancho until 2008.

In December of 2008, they came to the New Beginnings Fellowship Church in Los Alamos. 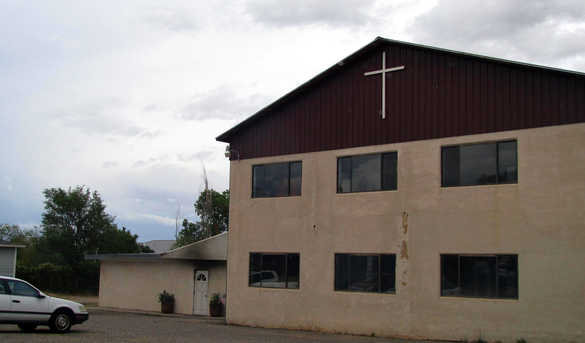