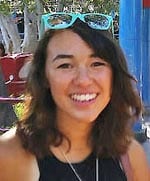 This leaves a lot of room for error. As stated in the last article, it makes it difficult for mechanical translators to keep up with the perpetually evolving nature of languages.

Along with this, not accounting for the connotation of words can lead to misinterpretation and thus ineffective communication. Among these ineffective forms of communication is the inability to communicate implicitly. In Francisco Yus’s paper on Misunderstandings and Implicit/Explicit Communication, he analyzes communication problems based on the level of explicature (the direct or indirect context of a sentence) that the problems are associated with.

For example, he discusses the miscommunication resulting from mispronunciation and lack of linguistic competency, such occurrences that might result from communication between a native and foreign speaker or another similar situation. This improper use of language leads to a garbled understanding of a broken or possibly incoherent statement.

Along with analyzing issues caused by the explicit meaning of words and sentences, Yus also addresses problems at the implicit level of languages. There is one main problem that results from implicit miscommunication partnered with some explicit miscommunication– alternative understanding. Alternative understanding is a broad term that simply refers to the misinterpretation of a statement between one individual and another. However, this abstract term can be broken down into two smaller categories: alternative explicature, the misunderstanding of explicature, and explicature as implicature, unintended implied meaning. Alternative explicature is caused by the wrong word choice or ambiguity with the clarity of words. The latter, explicature as implicature, is more pertinent to the problems caused by mechanical translation. This effect can be caused by a number of events all resulting in the same thing, unintended context that the speaker/messenger is not aware they are implying.

Yus provides a hypothetical example in which a situation like this could occur between two individuals discussing “paper,” which, in this situation, could refer to either toilet paper or writing paper. The conversation occurs between a manager and assistant. The manager asks the assistant for paper, which she assumes means writing paper, whereas in reality he desires toilet paper. This eventually degrades into an argument where each side answers with their perception of the communication, which is a prime example of miscommunication. The assistant is wondering why the manager is confused about having addresses on writing paper and the manager is confused as to why the assistant is offering toilet paper with addresses on it.

As you can see, using a broad term such as paper can leave room for misinterpretation, and this conversation is in one language. If there was a conversation ensuing between sides that speak two different languages, with a translator being utilized to aid the sides in communication, there are many more possibilities for misinterpretation due to the different context of words from language to language. With the added factors of limited knowledge of a new language and the use of mechanical translator, one cannot be assured of the true, implied meanings of words, which leads to inefficient communication that could otherwise be avoided through the use of human translation.

The Los Alamos World Futures Institute website is LAWorldFutures.org. Feedback, volunteers, and donations (501.c.3) are welcome. Email andy.andrews@laworldfutres.org or bob.nolen@laworldfutures.org. Previously published columns can be found at www.ladailypost.com or www.laworldfutures.org.