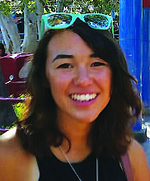 Mechanical translators have many benefits, as shown in the previous column, but they are not flawless systems of translation. In a society of perpetually evolving technology, converting solely to mechanical translators seems like the logical thing to do, but the drawbacks of these translators prevent their sole use. This means that they have to work in conjunction with human translators in order for international translation to be as efficient as possible.

The main factor inhibiting the efficiency of machine translation is the fast evolution of languages. Languages are ever changing. Every day, words are associated with new connotations and new words are created. Mechanical translators simply do not have the means to keep up with these kinds of changes because they require programming. The only form of translation that can keep up with the changes humans impose on language on a daily basis is human translation. Although mechanical translation will gain popularity and stick around, human translation will remain more efficient because it is virtually impossible to create a program that keeps up with languages in real-time.

Another aspect of machine translation related to its inability to keep up with the constant changes in languages is disambiguation. As mentioned beforehand, words have many different connotations and denotations and these can be added or altered whenever a speaker chooses to use a word in a never-heard-before way. Disambiguation mainly deals with the problem of a word having multiple definitions. Humans know how to consider the context of sentences in order to choose the right word and its proper denotation and connotation. This is a much harder task for machine translators.

There are many examples of people taking song lyrics or other substantial pieces of work and then putting them into a mechanical translator, converting the phrases into a myriad of languages, and then back to the original language. The final product is something that resembles the original, but many words have been altered in the translation process. For example, in Katy Perry’s song “Firework,” the first part of the chorus is “Baby, you’re a firework. Come on, let your colors burst.” When Buzzfeed translated this line into multiple languages then back to English, the lyrics became “The baby is explosives. Come, let’s see your colors explode.”  As you can see, the new line has a much different meaning than the original due to the different syntax and diction.

Yehoshua Bar-Hillel said it best when he stated that without a “universal encyclopedia,” machines would never be able to identify different definitions of a single word. Due to this, machine translators will never truly be able to fully replace human translation, but instead offer a quicker, cheaper, more accessible alternative.
Although there are drawbacks to machine translation, there are also many advantages. The main advantage being that machine translation is quick and essentially universal. While human translators typically specialize in one or two languages, machine translators provide the user with the ability to translate phrases into dozens of languages at the push of a button. This eliminates the act of seeking out a translator that specializes in the languages one needs translated and the time spent doing this, giving them the information to be translated, and waiting to receive the translated information.

According to TAUS – the Language Data Network, there are typically three or four levels of exchange between the translator and customer. With mechanical translation, there is only one. This increases efficiency even if it may not be entirely accurate. In decreasing the number of exchanges, the cost also drops. With human translation, every additional level also means additional cost. With machine translation, once the program is established and put into use, costs are minimal especially when compared with the process of human translation.

The Los Alamos World Futures Institute website is at LAWorldFutures.org. Feedback, volunteers, and donations (501.c.3) are welcome. Email andy.andrews@laworldfutres.org or bob.nolen@laworldfutures.org. Previously published columns can be found at www.ladailypost.com or www.laworldfutures.org.