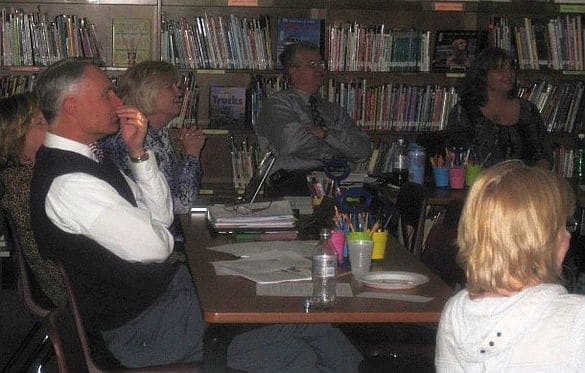 Several principals at Los Alamos Public Schools attended a recent Math MC2 workshop in preparation for the implementation of the Common Core State Standards Initiative, which begins in the school district this fall.

“Common Core is going to be huge,” Gonzales said.

She explained to the Los Alamos Daily Post that the difference between the current curriculum and Common Core is “Common Core is about going deeper,” rather than going one-inch deep and a mile wide.

Common Core, she said, helps students “to be able to show what you know in some kind of performance base or project based assessment. The whole goal is to get students ready for the workforce or a college career.”

One of the big shifts in the new curriculum is to have students focus more on non-fiction rather than fiction. Gonzales said the emphasis will be to “think like a detective and write like an investigative reporter.”

Common Core is a national initiative and according to the Common Core State Standards Initiative website, all but five U.S. states have adopted Common Core.

While the initiative is currently focusing on math and language arts, Gonzales said, other content is “coming down the pipeline.”

While Gonzales said LAPS is “really excited” about Common Core “because it makes sense,” there will be challenges.

“Our challenge is how to get the message out, how to train our staff and how to align our current curriculum in scope and sequence to address Common Core,” she said.

The workshops are a two-day event being held across the state. Part one covered “Getting Grounded in the Common Core.” Part two looks at “Building a Foundation for Implementing Common Core State Standards for Mathematics.”

The workshops’ purpose is to improve math instruction and professional development, she said, adding that key topics included the state’s plans for implementing assessments as well as an implementation plan for Common Core from the Boston public schools.

Other key topics included how instruction will focus on tasks and assessments and the timeline for instituting Common Core.

Smith said kindergarten through third grade will be introduced to the new curriculum during the next school year. Fourth grade through 12th grade follow Common Core during the 1213-1214 school year.

LAPS Board President Kevin Honnell said that Common Core will serve as a yardstick to see how competitive LAPS is when compared to other schools.