COLUMN: Vote NO on All 4 Charter Amendments 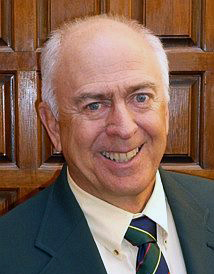 Our community has seen a lot of press recently about the 4 charter amendment ballot questions.

Citizens should vote NO on all four for three reasons: they embody logrolling, further disenfranchisement of voters and more petition exclusions.

REASON 1: LOGROLLING. The county has bundled 21 ordinances into 4 ballot questions, arguing that 1) there wasn’t space on the ballot to list them separately, and 2) they were all related within each question, such that none could stand on its own without affecting all the others in the bundle.

LAGRI pointed out to Council “limited space on the ballot” was not grounds for preventing the citizens from voting intelligently on individual and disparate issues; there was no haste to bring these proposals to the voters; and that these proposals could be presented in the special election being planned in the spring for the other charter amendment proposals (e.g. utilities, clerk).  It was also pointed out that a regularly scheduled separate municipal election, as practiced in every of New Mexico municipality, would reduce overload such as this on the general election ballot.

LAGRI also challenged the assertion that the 21 ordinances could be bundled into 4 questions without raising logrolling charges – which was exactly the basis for Council declaring illegal LAGRI’s 2009 certified petition calling for citizen votes on certain capital projects together with changes in public land uses.

LAGRI believes 15 of the clarification/streamlining clerical proposals are in fact interrelated, and could be intelligently voted upon in four bundles, but not the six proposals buried in the 4 bundles that call for substantive changes in the charter.

Regardless of how citizens feel about those proposals, Council had firmly established it would not tolerate logrolling in Los Alamos, and could easily have avoided logrolling in these four charter amendment proposals.

Indeed, Council on March 2 addressed this issue, and voted 4-3, that logrolling was illegal in the case of the original LAGRI-initiated petitions.

Councilor Frances Berting addressed the legality issue: “…when there is state case law upon case law that indicates what we were doing is not legal, it would seem to me it (logrolling) is not legal, and to put before the voters an issue that is not legal does not make sense.”

Berting said the petitions should be improved to address the legality issues before being placed before the voters (The close vote reflects the fact that three counselors understood that logrolling, if not specifically prohibited in the state Constitution or local Home Rule Charter, is not illegal.)

As Robert Pelak, LAGRI president, wrote in June, “LAGRI members believe that voters deserve to vote on the changes encapsulated in the ordinances individually. This is particularly true for the changes that will affect citizens the most, ones that significantly raise the requirements for various petitions.

The CRC (the council-appointed Charter Review Committee) and county council would seem to believe so as well. They proposed a rule that would REQUIRE that ballot questions to amend the Charter be on a single subject. However, they feel free to disregard it for now.”

The Council rejected more reasonable alternatives, e.g. to separate the six independent, substantive change proposals for a vote at a later date along with other charter amendments being proposed. That election is already planned, so no additional cost would have been involved.

disenfranchise: to deprive (a person) of the right to vote or other rights of citizenship (Collins English Dictionary)

Council and the CRC argue that making petition requirements stricter (more signatures, shorter collection time) would strengthen our representative form of government. But our current single-body government, with no checks and balances of a separate mayor or judicial review of legal issues, and extremely limited ballot and petition rights, is hardly in need of further disenfranchisement of voters.

Only Los Alamos has no separate municipal election: until we do, petition requirements should not be changed, and they should never be abridged.

REASON 3: FURTHER EXCLUSIONS HAVE BEEN ADDED TO WHAT CAN BE PETITIONED.

What the CRC sees as “clarifying” what can be petitioned, LAGRI sees as “adding” exclusions, specifically the right to petition on capital projects. Clearly, the County Council and its CRC does not want citizens to vote on capital projects. Just as clearly, more than 2,000 registered voters signed a petition calling for an election on this issue.

It is for the citizens, not the council, to decide. Council is free to state its position, but it must never usurp the right of citizens to make that determination.

To conceal this exclusionary addition that was contrary to the desire of the 2.000 signers of the 2009 petition, and call it a mere “clarification,” is hardly what one would expect of our government.

Any of these three reasons – logrolling, further disenfranchisement of voters and further petition exclusions –  would be reason enough for citizens to vote down all four charter amendment questions. Once rejected, however, Council can separate them and resubmit them in proper form so voters can vote on them intelligently.

Since 2008, the Los Alamos Governmental Review Initiative (www.LAGRI.org) has provided a non-partisan forum for citizen governmental review and participation. It promotes policies that allow for direct and meaningful citizen participation in government.