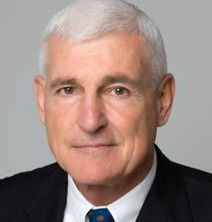 There should never be a time, but particularly now, that Americans should be forced to “Suffer Fools” when it comes to the people who are being paid to serve us.

Yet that is exactly what’s taking place with some currently unidentified staff members in the Obama White House, and their apparently deliberate leaking of classified information for political purposes.

Too many partisan politicians and their ideologically obsessed staffers naively view the world as being entirely political, and that the “ends justify the means” … regardless of the grave risk and danger their actions may cause to Americans and our allies who are in harm’s way, or to our nation’s security.

History has a tendency to repeat itself no matter how ugly the scenario.

For example, The British after WWI were wary of the growing threat from Soviet Russia and had managed to decipher the Russian codes and as a result, were able to obtain valuable intelligence.

However, self serving politicians in Prime Minister Stanley Baldwin’s administration publicly bragged about their accomplishment in 1927 and the Russians immediately changed their communications to an impenetrable system.

The British lost precious intelligence in those critical years leading up to WW II, and were taught a bitter lesson for it.

Regrettably, I suspect soon enough the United States will be taught a similar hard lesson because of the despicable actions of these staffers … never, ever, let your enemies know what you know, nor how you came to know it.

The fool, or fools, on the White House staff, who recently leaked damaging classified information needs to be quickly exposed, indicted and tried … and then sent to jail for the maximum time allowed under our laws … All Americans are victims of their shameful crimes, and we all deserve the full measure of justice.