Column: How Los Alamos and Little New Mexico Can Help Feed the World 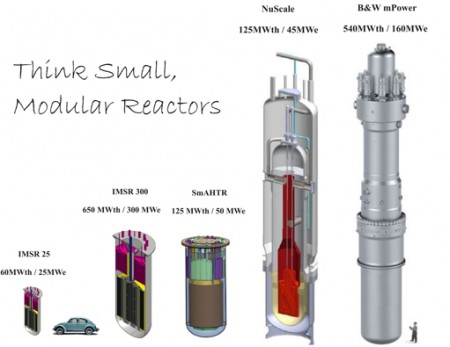 How Los Alamos and New Mexico Can Help Feed the World

On March 12, 2012, global population officially crossed the 7 billion mark. Barring some cataclysm, by 2050, that number will easily exceed 10 billion.

For those of us who’ve personally visited the wretched places of our planet, this is a very real, daunting epiphany. Right now a unique confluence of changing local geologic conditions and new technology are aligning themselves – which under the purview of New Mexico’s scientific and engineering establishment, could present an unparalleled opportunity to address a critical global concern – food security.

Currently one of the most productive agricultural regions ever developed sits atop America’s High Plains Aquifer. Spanning parts of eight states, including eastern New Mexico, this massive source of groundwater is rapidly depleting.

While smug critics will smile in judgment of farming practices, the real victims will not be in America. They will be global, as the lack of alternative solutions cascades through the supply chain to countries that can ill-afford that disastrous disruption.

But eastern New Mexico could have a backup plan, if the willingness and foresight allowed. We sit atop vast reservoirs of brackish groundwater, heretofore a driller’s nuisance and untouched. But how to get at it and desalinate it on a scale economic enough to “let the desert bloom?”

Engineers will tell you “the two most symbiotic industries on Earth are water desalination and nuclear power.” That’s right, the old bugaboo, nuclear power.

As filtration entrepreneur Ned Godshall of Albuquerque’s Altela Technologies says, “you gotta lift massive quantities and then desal it, and that takes a lot of continuous power.”

Recently, the US Dept. of Energy funded continuing research and development in what are called SMRs, or small modular reactors. These are long refuel-cycle, highly self-contained units, with absurd safety redundancies, and minimal waste streams that have the physical footprint of a Trader Joe’s store.

With the overall site requirements of a Walmart, their continuous power output can range from 150-300 megawatts. Not the costly, decades-long-to-construct, unaffordable nuclear power behemoths of the 1960s, SMRs can be factory-built offsite in modules and assembled in remote locations.

Using one or more SMRs in New Mexico’s geologically stable, southeast quadrant solves the power part, but what about desalination? Recent manufacturing advances in Poland and at Lockheed-Martin in the U.S. have presented the cost-efficient potential of an entirely new filtration material, graphene.

Composed of pure carbon, with atoms arranged hexagonally, graphene’s creation in 2004 won the 2010 Nobel prize for its university inventors. Graphene also makes an extraordinary desalination filter, with orders of magnitude improvement, and one that Lockheed just announced it intended to pursue for its military clients.

Herein lays the opportunity for New Mexico. Become the business development model for large-scale powering and desalinating water in remote locations worldwide; where arid, but arable land detached from any natural freshwater sources except the oceans, can be made to bloom and feed the planet. Create a local N.M. industry building SMR and graphene filtration components, and then deploy them to help these poor nations feed themselves.

Saint Matthew tells us it was because of Christ’s compassion that he fed that pesky multitude yearning to follow him, with the seven loaves and the two fish. It was an act of great faith – He and them together, which transformed into abundance.

New Mexico also has an opportunity here to take that leap of faith.