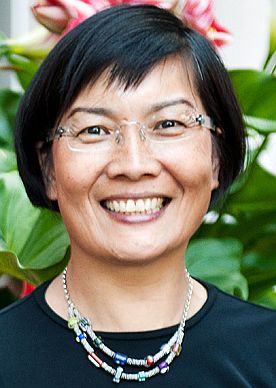 When leaders are absent, there are those amongst the followers who would and could step in and become leaders.

When the trio, Harry, Hermonie and Ron, returned to Hogwarts to find the final Horcrux, they found Longbottom and Ginny Weasley had lead the students in various rebellious acts against the Dark Lord’s cadre of teachers and rules.

Voldemort’s followers, the Death Eaters, could never have stepped in to assume his place. First, Voldemort wouldn’t allow it. Second, without any trust that allowed Death Eaters to “grow,” they could never see the whole battle in any purposeful manner.

So, third, when their leader was gone, they had no one and no purpose to follow, because it was always about Voldemort. Many charismatic and flashy “leaders” in our reality, though not of Voldmort’s villainy, do exhibit their self-center need for power.

In the rotating leadership roles among the young witches and wizards, we see Jim Collin’s “Level-5” leadership description, being steadfast, pursuing facts (well … a la Harry Potter world of facts), avoiding glory, helping others to grow, and self-aware (even when they become teenagers).

So, these young people are both leaders and followers. Whereas in Voldemort and others around him, we see the slash-and-burn type of leaders; it’s all about them. They will never allow themselves to be put in the “followers” position.

As a result, they will never understand what’s like to follow. Then, what’s in their knowledge to inspire others to follow? In fact, they don’t want to know; it’s by their will and edict they lead.

Are Lee Iacocca or Jack Welsh like Voldemort? Of course not!  But perhaps a little bit in spirit?

There are other forms of power under “followers,” such as what Dementors and house elves possessed, to name only just two. Another time perhaps.

Power begets power, but where does it stop? By not seeking power actively, one may possess more power, and by not using power wantonly, one may know how to exert the right kind of power when the situation demands it.

The key is always trying to learn and grow. Broad knowledge comes in handy. One of the passages that resonated with me toward the end of the saga was Dumbledore’s explanation to Harry of the difference between Harry’s and Voldemort’s command of power, “And his [Voldemort’s] knowledge remained woefully incomplete, Harry! That which Voldemort does not value, he takes no trouble to comprehend. Of house-elves and children’s tales, of love, loyalty, and innocence, Voldemort knows and understands nothing. Nothing. (italics in the original) That they all have a power beyond his own, a power beyond the reach of any magic, is a truth he has never grasped.”

So, by attempting to destroy the child of the prophecy, Voldemort’s own fear set the stage for his ultimate destruction.

Fiction or not, the lessons and principles are real. I will use some real examples next time.