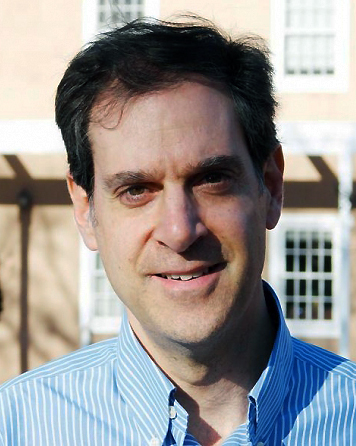 Finishing the Job of PRC Reform
Column by FRED NATHAN

The Public Regulation Commission (PRC) touches the lives of every New Mexican who pays a gas, electric, or landline telephone bill, or buys home, auto, or health insurance, among many other things.

Unfortunately, the PRC has had a troubled history ever since it was created about 16 years ago.

In late 2011, Think New Mexico published a policy report entitled “Rethinking the PRC,” which proposed a strategy for reforming the agency.

Our report concluded that the PRC’s poor performance was due, in part, to a fundamental structural problem: it was the most powerful state regulatory agency in the nation, yet it had very few qualifications for commissioners (they are only required to be at least 18 years old, residents of New Mexico for at least a year, and not convicted felons.)

During the 2012 legislative session, with the help of good government, consumer, and business groups, Think New Mexico successfully won legislative passage of three bipartisan constitutional amendments to restructure the PRC.

In order to professionalize the agency, Constitutional Amendment 2 directed the legislature to increase the qualifications required to be a PRC commissioner.

In order to refocus the PRC on its core mission of regulating utilities and telecommunications, Constitutional Amendment 3 consolidated the PRC’s corporate registration division with the business services unit at the Secretary of State’s office (which already registers some types of businesses, like LLPs, while the PRC registers others, like LLCs), and Constitutional Amendment 4 removed the PRC’s authority over insurance regulation and transferred it to a Superintendent of Insurance appointed by an independent committee.

Now Think New Mexico and our allies are working on the final step of PRC reform: enacting enabling legislation to implement all three amendments.

Think New Mexico has drafted three bills to accomplish this, which have been introduced by Speaker Ken Martinez (D-Grants) and Representative Tom Taylor (R-Farmington):

All three bills have passed the House and are awaiting a hearing in multiple Senate committees, with precious few days remaining.

In addition to implementing the constitutional amendments, Think New Mexico is championing one final piece of unfinished PRC reform during the 2013 session.

When we began studying the PRC, we discovered that one of the agency’s many responsibilities is the regulation of intrastate motor carriers, like taxis, shuttles, and moving companies.

But the PRC doesn’t just regulate these businesses for safety and financial responsibility. Under a law that dates back to the 1930’s, it determines which transportation businesses are allowed to open, and even determines the prices they can charge.

The potential competitors of a new business are allowed to protest its application, making the process very expensive and time-consuming. As a result, many hard-working entrepreneurs have been prevented from opening new taxi, shuttle, and moving companies. Meanwhile, consumers have had limited choices and little ability to shop around for better prices or quality.

These bills would reduce the barriers that keep many entrepreneurs from opening new businesses and get the PRC out of the business of price-setting.

They would also allow the PRC to focus its attention on the areas where oversight is truly needed: safety, financial responsibility, and consumer protection. Ultimately, House Bill 194 and Senate Bill 328 will encourage competition that will lead to lower prices for consumers and also foster local business formation and job creation.

We hope you will join the many New Mexicans who are contacting their legislators and urging the Legislature to approve House Bills 45, 46, 47, and 194 and Senate Bill 328 before the session ends March 16.

To get the latest updates on these bills and contact your legislators, please visit the Action Center on Think New Mexico’s website at www.thinknewmexico.org.