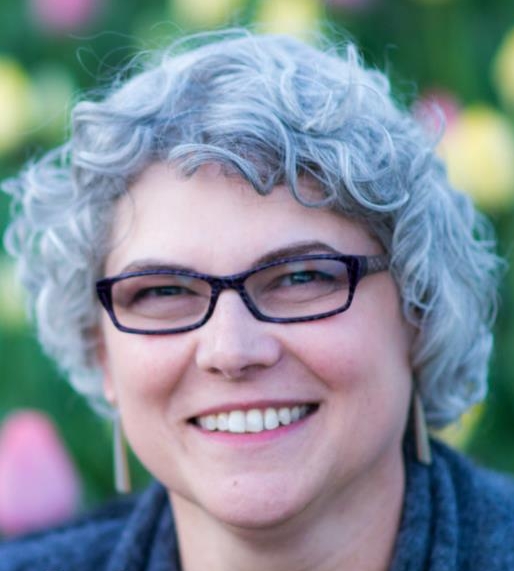 I stared at the screen in shock. Not that I wasn’t pleased – I couldn’t have been more pleased, but I could not believe marriage equality was becoming a reality in New Mexico so rapidly. Only two days before, the Doña Ana County Clerk began issuing marriage licenses to same-sex couples.

Now, the Santa Fe County Clerk had been ordered by a judge to start issuing them, or explain later in court why she would not. Collective breath was held. Then came word that she would start issuing the licenses to same-sex couples at 2 p.m. Oh my! I had read an El Paso Times article about Bob Diven, a Humanist Celebrant in Las Cruces, who just went to the courthouse and offered his services. I contacted Bob on Facebook, saying I stood ready to do the same when Santa Fe County followed suit. Rather cavalierly it turns out, in retrospect, as though I’d have time to get my ducks in a row if need be.

I had just officiated my first wedding for some dear friends the week before, and had taken care in crafting the ceremony to match their wishes and personalities. Now, they were going to start issuing licenses in no time at all, so there would be little time to prepare if I wanted to follow through on these lofty prior intentions.

There was no way to make it there by 2 p.m., but I put it into high gear and cranked out some business cards so folks would at least know who was marrying them. The last thing I threw in the car was my new white robe and multi-colored stole with an abstract black ribbon pattern running its length. I hadn’t used it yet, and this would be the perfect occasion, providing the justification for buying it just because I thought it was the most beautiful multi-colored silk thing … but I digress.

At the last minute, I lost a bit of my nerve. Who was I kidding? No one had asked me to be there, and wouldn’t I just be barging in on people’s special day? I told myself I would just go and see. If my services weren’t needed, I could leave quietly, no harm done. Confirming my extraneous position, I saw another person with vestments arrive in front of me. See? Not needed. I almost turned around. But still… In for a penny, in for a pound, as they say, and I went inside.

It soon became apparent that there was to be a group wedding with eight couples, and two officiants. From a liberal religious tradition, it was good of them to be welcoming, and to give of their time in this way. And they were practiced and smooth. Okay. I was not needed. Feeling a little awkward with my robe and stole over my arm, I stood with the observers, families and friends. The media was there for the story. Still, it was a moment full to the brim of import and emotion. Part of me was full to the brim, too with gratitude for the chance to be even on the fringe of the occasion.

Then came the prayer, and the admonitions to become part of a faith community for the sake of their relationships caught my attention. I became uneasy, with a familiar feeling I had as a volunteer for the Red Cross after 9-11 when I heard a speaker reference religion to a diverse, grief-stricken group. One-size-fits-all assumptions of religious uniformity are an ill-fitting garment for those in sorrow or happiness. I saw what looked like discomfort for some, and mine grew into a resolve to provide a secular option for any others who wanted to marry that day.

When the ceremony ended, I let the County Clerk know of my secular services as a Humanist Celebrant, and went to the line of those waiting for licenses. Pushing through my reticence, I let folks know there would be a secular option, as well as a religious one, if they preferred. At first I was rather shy and apologetic, but the buoyant, immediate response was heartening. Couples were able to choose what made them most comfortable. If I was the only option, that was okay, too. Religion didn’t enter the conversation, and we all believed in love.

As we made happy plans for those getting a license, one waiting in line to submit their completed form said she wished they had known I was there. That was all I needed to hear. I stayed for the rest of the day, until the office closed late and the last of 15 marriages was registered.

Each couple was a unique delight, and though we moved quickly to complete the ceremonies before the end of the day, they included me as an honored guest in their deep emotional expressions. I offered a choice between three sets of vows, which personalized the exchange between the partners. The business of obtaining the license gave way to moments of tears and smiles as they made commitments to one another. Little bumps in the process were overlooked, as their focus was on each other, and the relief of legal completion in case the opposition shut the window of opportunity again.

It is simply beyond me how anyone could oppose the commitment of people who love each other. Perhaps this wouldn’t have an impact, but I wish they could experience the warmth and exuberance jam-packed into that room and that day. I wish they could see the couple that waited through forty-six years of togetherness for the chance to marry. Who could say no while looking in their eyes filled with tenderness? And why not laugh out loud when thanks comes with the qualification that “we knew you were the right person when we saw your purple shoes.”  A few quiet moments with loving parents caring for a young child was perfection itself. The borrowed silk flowers from a restaurant for bouquets were precious. Every person was engaging, every moment consequential.

Oh wait. I do understand, because I used to believe this kind of partnering was sinful – a bad choice. Until I met wonderful people in whose presence I could no longer hold those views. My questions, which I seemed to exit the womb mouthing, then became more about how an ethical person or a loving god could harbor such bigotry. Belief crumbled under the weight of discrepancies and observation. Values and ethics rooted in the greater good of humans took its place. In other words, humanism. I am a Humanist Celebrant because I care about humans. Pretty simple.

Perhaps serving as a secular officiant is a chance for restitution, in a way. An apology for the way I used to judge, as I was raised to do by loving parents and a nurturing community. The same upbringing that propelled a brother into ministry where prayers are said in order to bring about impossible and unnecessary change all the while claiming love, ultimately propelled me in a different direction. It’s about the possibility of providing options to those who have been denied the simple human dignity of partnering with the recognition and approval others take for granted.