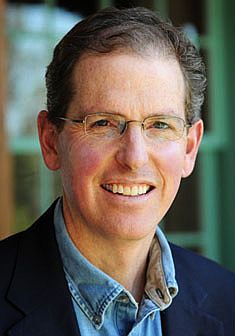 Developing a vibrant, diverse private sector economy is critical to getting New Mexicans back to work.

While our national labs and large, multi-state corporations are important to our economy, 98 percent of New Mexico businesses are small or medium sized with less than 100 employees.

To create jobs, policy makers must focus on our local businesses and give them the tools they need to grow and compete.

Key to the success of any small business is a fair tax code that lets it compete with the multi-state competitors down the street.

Unfortunately, in New Mexico, our tax does the exact opposite.

Under the guise of “economic development,”we are the last western state that allows national chain stores to expense profits to other subsidiaries and avoid paying corporate tax.

A mom and pop retailer pays its fair share, usually 4.9 percent as a pass through tax entity. Yet the “big-box”chain down the street can pay little or no tax.

The New Mexico legislature understands the importance of tax fairness, and passed Senate Bill 9 this past session to close our corporate tax loop-hole.

I was proud to sponsor  SB 9 which made a simple statement:  mega-businesses like Walmart should pay the same corporate income tax as their New Mexico competitors.

It broadened the tax base and lowered tax rates. Talk about a win-win for New Mexico businesses!

Unfortunately, even though the bill received bi-partisan support in the legislature, Gov. Susana Martinez chose to veto it.

Rep. Jim Hall stated in an Oct. 4 column that he voted no on SB 9 because it would not increase revenues, it would be hard to implement, and there are better options for leveling the playing field for New Mexico’s small businesses.

I respectfully disagree with his arguments.

First, as stated above, SB 9 was a revenue neutral bill designed to use the new dollars brought in to lower the tax rates for all the New Mexico businesses currently paying the top corporate rate of 7.6 percent.

This is a fundamental tenet of good tax policy.

Second, I think having one set of rules for companies paying the corporate tax will make it easier not harder to administer.

Finally, I have a hard time envisioning a better option to help New Mexico businesses than making their out of state competitors play be the same set of rules.

New Mexico desperately needs to reform its tax code to be competitive and closing the corporate tax loophole is a critical first step. The economic future of our state depends on it.