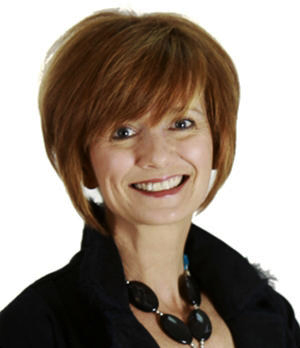 In the last Coaching Café at Legacy Now Lived column we discussed Self-Fate and how, because we are making choices based on our past experiences, we cannot change our future unless the control of the past is removed.

We need to learn to make conscious choices, choices that are made in the present moment, without all the emotional “baggage” we carry around. You can think of that baggage as being packed in four kinds of suitcases – the “Big 4” energy blocks that we carry around with us that dictate how we see the world and that hold us back reaching our unlimited potential.

The first suitcase contains your limiting beliefs. Beliefs can either help you or hinder you; limiting beliefs are those that hold you back from success. If you do not believe something is possible, you’re not likely to attempt it. Even if you do attempt it, you won’t devote much energy to achieving that goal.

Limiting beliefs are general beliefs about the world, your environment and situation, and the people around you that stand in your way. More often than not, you accept a limiting belief as true because you’ve learned it from someone else, or from an “authority,” such as the media, a book or a movie. You assume that it’s “just the way it is.”

Here is a classic example of a limiting belief: Up until 1954, it was commonly held that running a mile in under four minutes was impossible. Moreover, physiologists believed it was extremely dangerous even to attempt it. Yet on May 6 of that year, Roger Bannister crossed the finish line in 3 minutes and 59.4 seconds, thereby disproving the myth forever.

It’s remarkable that Bannister accomplished his feat. It required that he completely ignore the prevailing, limiting belief and construct an entirely different belief system for himself. What others saw as a limitation, he perceived as opportunity. And once he disproved the presumed limits of the human body, less than two months later, another runner, John Landy, broke Bannister’s record with a mile dash of 3 minutes and 57.9 seconds. What’s more, within just a few years, dozens of runners were leaving the four-minute mark in the dust.

Here are a couple of common limiting beliefs that hold many of us back. How about you have to work really hard to achieve success? Or that successful people are lucky? Or that you have to have money, to make money?

There are several ways to challenge limiting beliefs. You can explore the effect the belief has had on your life, look for proof of its truth (or lack of proof), or modify the belief or aspects of the belief to better serve you. Simply examining the belief with questions like “How true do I believe that is?” and the rhetorical “Where did I get that idea?” can also work remarkably well. Once you overcome limiting beliefs, they can no longer hold you back.

This month, think about examining the contents of your limiting beliefs suitcase. Unpack it, and see how much lighter you feel.

In the next issue, we’ll continue with the next of the Big 4, the assumptions we make.

LeAnne Parsons CPC, ELI-MP is The Walk Your Talk Coach at Legacy Now Lived. Parsons is a Life/Leadership and Relationship Restoration Coach, Radio Host, Speaker and Conscious Adoption Advocate. She lives in Los Alamos and offers group, individual, virtual and in person sessions as well as workshops, seminars and retreats. She can be reached at 505.412.1817 or visit http://www.thewalkyourtalkcoach.com./