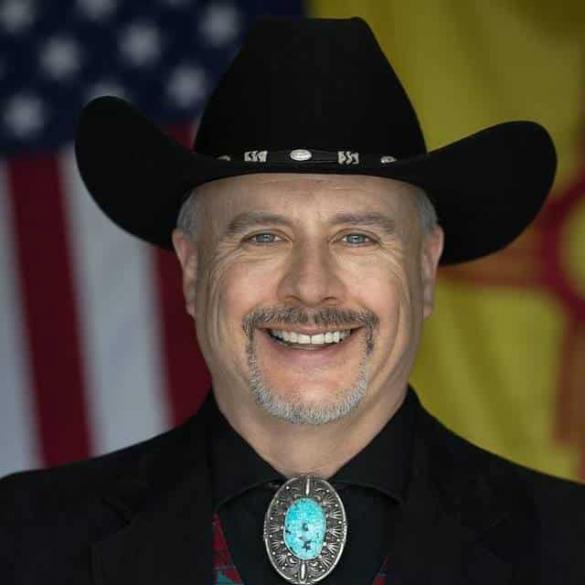 “Although I’ve fought against federal government overreach for more than a decade on behalf of rural America and Indian tribes, I’ve never run for public office until now. But after seeing how destructive DC can be, both as a target on the outside and as a reformer on the inside,” the former Trump official said, “I’m convinced that the best way to help President Trump stop the swamp and protect New Mexico is to run for the Republicans nomination to make sure we retain this Congressional seat in November.”

After exposing “Lois Lerner’s racist practice of conducting IRS audits of tax-exempt bonds 32 times more often against tribes than state and local governments,” Clarkson was able to convince one of Lerner’s subordinates to admit the IRS’s wrongdoing and change its policy.

Then according to Clarkson, “Lois Lerner retaliated by pulling the rug out from under my initiative to leverage capital gains tax treatment to attract outside capital investment into tribal economies. She changed the rules in the middle of the game, ignoring the plain reading of a statute, just like far too many activist judges do.”

But that long fight dating back to 2003 would follow Clarkson all the way to Washington in 2017. “Even though I totally recused myself from anything involving loan guarantees I had obtained under that program for my tribal clients while in private business,” Clarkson said, “Jeff Bezos’ flying monkeys of fake news falsely reported that I was somehow involved with them at Interior.” The reports blamed Clarkson for what he contends were “prior mistakes made by the Obama administration” even though much of his effort was “directed at fixing those same mistakes.”

Described by colleagues at Interior as “the energizer bunny,” Clarkson said he relishes the prospect of “helping President Trump cement his 22-to-1 gains against the bureaucracy that’s hamstrung New Mexico for too long.”

“The swamp is deep, the alligators, bite, and the taxpayers are getting ripped off every day. That’s why I’m going to win, then legislatively blowtorch the IRS and enforce government accountability. I’ll be Lois Lerner’s worst nightmare,” Clarkson said.