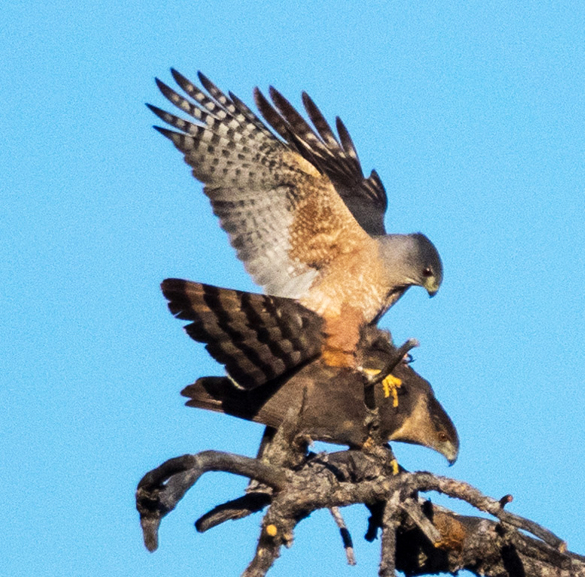 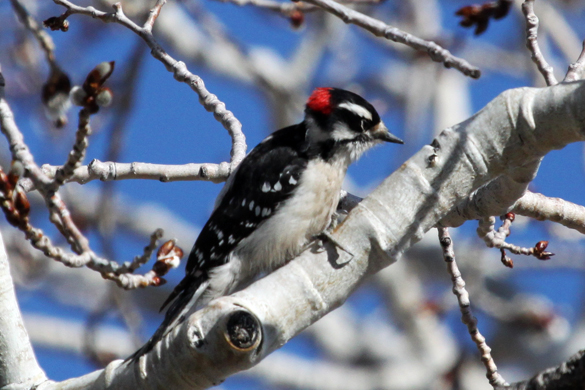 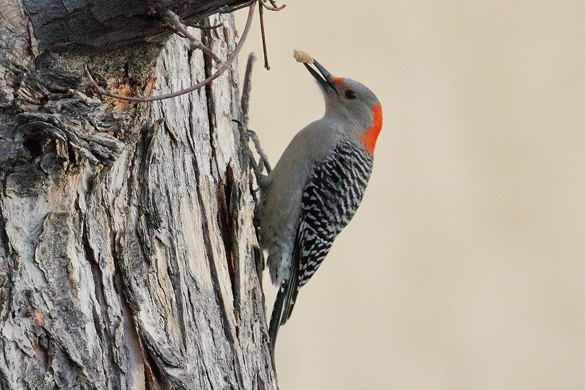 The Audubon Christmas bird count (CBC), famous among birders nation- and world-wide, took a leap forward in Los Alamos the weekend of March 8.

Sponsored by PEEC (Pajarito Environmental Education Center), 48 birders signed up with organizer Mouser Williams to run a “mock” bird count that could certify Los Alamos to participate in official winter bird counts in the future. Mouser called it a “tremendously successful practice run for the Christmas Bird Count.”

The bird count is carefully controlled to create a database that can be compared year by year to reveal increases and declines in bird populations. Our area is not precisely Los Alamos County but a circle of 15-mile diameter including some of the area around Buckman Crossing. So some Santa Fe birders were asked to check out the east bank of the Rio Grande.

Here are the tentative results compiled by Mouser:

Two groups tied for finding the highest number of species: one in White Rock and one in Walnut Canyon / Woodland Trail / North Mesa; both groups found 38 species.

The count began at 7:30 a.m. daylight time–which was 6:30 a.m. standard time and may have accounted for some of the exhausted hilarity as people traded stories at the post-count evening gathering. A rare Eastern Bluebird challenged the birders’ skills: could they see the white (not buff) belly and the red (not blue) throat that distinguishes this bird from the dozens of nearly identical Western Bluebirds?

Another birder found herself eaves-dropping on a pair of mating Cooper’s Hawks. A home-feeder counter found the rare Red-bellied Woodpecker that has graced White Rock this winter.

Many novice birders were delighted to go on the count with an expert birder and learn what to look for. Los Alamos is blessed with numerous experts who enjoy sharing their knowledge. So the event does more than create a scientific record; it also establishes a tradition of sharing information that helps people become better future observers. One group was impressed by learning how to identify the way a flock of Cedar Waxwings flies overhead—not shown in the bird books, but easy to learn in the field.

With such an impressive turnout for this event, Los Alamos has now entered the official world of citizen science birding. PEEC Executive Director Katie Watson commented, “The mock Christmas Bird Count is a perfect example of the way people can have fun being observers and also contribute to important scientific knowledge. We’re so glad PEEC can help make this happen.”

As Mouser Williams completes the lists, PEEC will make his final report available for the public. Contact PEEC at 505.662.0460 or PajaritoEEC.org for further information. 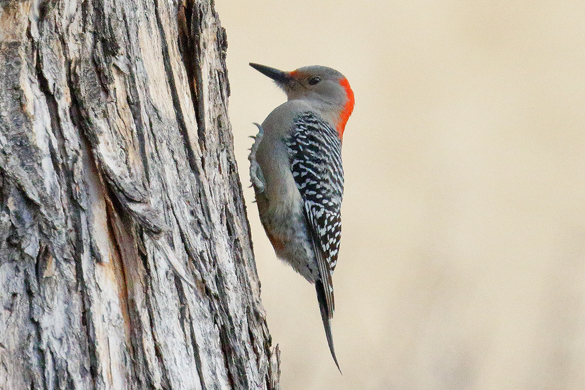