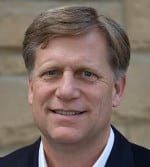 Ambassador Michael McFaul
CIR News:
The keynote speaker for the Santa Fe Council on International Relations 2018 Annual Gala will be Ambassador Michael McFaul, former United States Ambassador to Russia and currently Stanford professor of political science.
CIR’s 2018 Annual Gala is Thursday, Nov. 1 at La Fonda on the Plaza, 100 E. San Francisco St. in the ballroom. The evening begins with a cocktail reception at 6 p.m., dinner at 7 p.m., followed by keynote speaker Ambassador McFaul. This is CIR’s preeminent fundraising and social event.
Amb. Michael McFaul served as the United States Ambassador to Russia from 2012 to 2014. Prior to his nomination to the ambassadorial position, McFaul worked for the U.S. National Security Council as Special Assistant to the President and senior director of Russian and Eurasian affairs. After his tenure as ambassador in Moscow, McFaul returned to Stanford University as a professor of political science.
His time as ambassador in Moscow was turbulent. Russian state media launched a vicious fake news campaign against him, he and his family were relentlessly followed, his phones tapped. He favored the “reset” policy with Russia, which included moves such as the New START accord limiting nuclear arms, the opening of the Northern Distribution Network allowing the United States to send supplies to its troops in Afghanistan by way of Russia, cooperation on Iran and North Korea, and Russia’s accession to the World Trade Organization — which Washington wanted on the grounds that it required Russia to commit to international trade rules.
Much has changed since then, from Russian interference in the US national election in 2016 to President Trump’s recent calls for Russia to rejoin the G8.
How can we make sense of it all? And where are we headed?
Amb. McFaul recently launched his book From Cold War to Hot Peace: An American Ambassador in Putin’s Russia, which has been lauded as a revelatory, inside account of U.S.-Russia relations from 1989 to the present. From Amazon: “In 2008, when Michael McFaul was asked to leave his perch at Stanford and join an unlikely presidential campaign, he had no idea that he would find himself at the beating heart of one of today’s most contentious and consequential international relationships.
As President Barack Obama’s adviser on Russian affairs, McFaul helped craft the United States’ policy known as “reset” that fostered new and unprecedented collaboration between the two countries. And then, as U.S. ambassador to Russia from 2012 to 2014, he had a front-row seat when this fleeting, hopeful moment crumbled with Vladimir Putin’s return to the presidency.
McFaul’s riveting inside account combines history and memoir to tell the full story of U.S.-Russia relations from the fall of the Soviet Union to the new rise of the hostile, paranoid Russian president. From the first days of McFaul’s ambassadorship, the Kremlin actively sought to discredit and undermine him, hassling him with tactics that included dispatching protesters to his front gates, slandering him on state media, and tightly surveilling him, his staff, and his family. From Cold War to Hot Peace is an essential account of the most consequential global confrontation of our time.”
Ticket Structure:
Individual Tickets are $175. To join the VIP reception with Amb. McFaul (from 5:30-6:15 p.m.), individual tickets are $250. (The VIP reception tickets are currently sold out.)
Support a student to join the Gala for $100. DEADLINE TO PURCHASE TICKETS is: Oct. 26, 2018
Tables of 8 sell for $1400 (no VIP tickets). Last year a few couples bought tables and then donated their extra tickets to students.
Bronze Tables are $2000 with 8 VIP tickets.
Silver Tables are $3000 with 8 VIP tickets, support for 8 students to attend the Gala, and printed recognition of your contribution in programs and posters.
Gold Tables are $5000 with 8 VIP tickets, support for 8 students to attend the Gala, with printed and verbal recognition from CIR’s Board President during his opening remarks.
For more information or to purchase tickets, call (505).982.4931 or click here: https://www.sfcir.org/2018-annual-gala/
Menu
Los Alamos
88°
Sunny
5:48am8:22pm MDT
Feels like: 88°F
Wind: 11mph S
Humidity: 13%
Pressure: 29.74"Hg
UV index: 7
SunMonTue
91/64°F
91/64°F
90/64°F
Weather forecast Los Alamos, New Mexico ▸