The secret agents have ingenious weapons inspired by James Bond movies. The evil genius uses cell phones in his attempt to control the world.

If you know all that before going to see the film, it might help. The “R” rating is mostly for violence, much of which is way over the top, reference to sex, and rough language. The film is not so much silly as it is absurd in its tone.

Reasons to see the film might include the nearly non-stop action, seeing a very buff Colin Firth as the spy mentor (or a buff Taron Egerton as the new recruit), experiencing the very best in gentlemen’s clothing, enjoying a spoof of the genre of British spy movies, a colorful and spectacular grand finale that is less gross than it could be, an epilogue (after the credits begin) of epic retribution, Samuel L. Jackson as a lisping tech billionaire, or the good guys winning in the end. 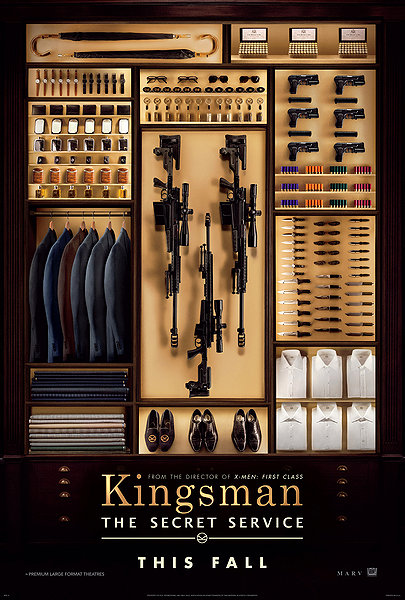 Plot? Well, yes there is one. It involves finding and training new recruits for a super-secret agency, independent of governments. A rough street punk, with a lower class London accent, goes through the training to become a Kingsman, a gentleman spy. In the meantime, the bad guy is unfolding his “new world order” and he must be stopped.

This is not a film for children. Older teens who can stand the absurdity and gross violence found in comics and video games may like it. One cannot take the film too seriously. The body count is beyond tallying. If you can enter into the absurdity of it, you may actually enjoy the film. It may not win any awards, but it may surprise you enough to make you laugh out loud.