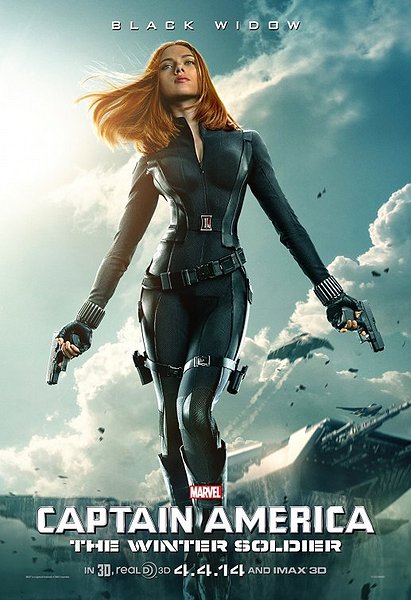 “Captain America: The Winter Soldier” is entertaining for those of us who, due to familial or marital commitments, must accompany someone we love to movies in the comic book/superhero genre.

After sitting through all the “pow, boom, splat” as we call it at our house, one does come out of the film taking the advice of SHIELD Director Nick Fury, “Trust no one.” If you take this kind of movie too seriously, the world will feel much less safe as you leave the theater.

In this installment, SHIELD (the fictional Strategic Homeland Intervention, Enforcement and Logistics Division) is compromised and Captain America, his new partner Black Widow, and The Falcon, who is introduced in this film, have to sort things out.

There is a lot of killing, maiming and destruction of property in the process, which adds to the entertainment factor, if you like that sort of thing, or if you are led to wonder “how’d they do that?” Needless to say, there are a lot of special effects and computer generated imagery.

The Winter Soldier? Apparently, he’s a secret weapon brainwashed and technologically equipped by the Soviets (according to Marvel.com) but that’s not so clear in the film. I guess we are expected to have read up on the story line of each character in all those Marvel comic books before seeing the film.

But then, we don’t go to these kinds of movies for character development, cogent explanations, nor for intellectual enlightenment, do we? Pasatiempo (the Santa Fe New Mexican’s weekly arts magazine) gives this movie two (out of a possible four) chiles, and I have to agree. But it is, as I said, entertaining.