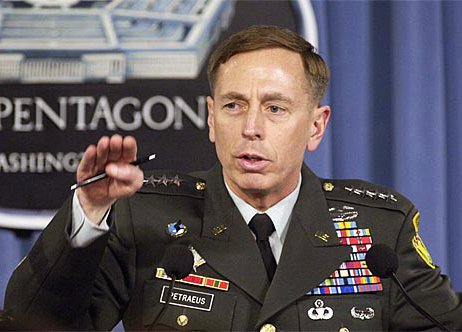 Yesterday afternoon, I went to the White House and asked the President to be allowed, for personal reasons, to resign from my position as D/CIA.  After being married for over 37 years, I showed extremely poor judgment by engaging in an extramarital affair. Such behavior is unacceptable, both as a husband and as the leader of an organization such as ours. This afternoon, the President graciously accepted my resignation.

As I depart Langley, I want you to know that it has been the greatest of privileges to have served with you, the officers of our Nation’s Silent Service, a work force that is truly exceptional in every regard. Indeed, you did extraordinary work on a host of critical missions during my time as director, and I am deeply grateful to you for that.

Thank you for your extraordinary service to our country, and best wishes for continued success in the important endeavors that lie ahead for our country and our Agency.

With admiration and appreciation,

I know I speak for the men and women of CIA in thanking Director Petraeus for his dedicated service to our Agency and our country.  I am grateful to have had the opportunity to work with him as he led this amazing organization, and I admire the drive and focus he brought to the job.  Indeed, the energy he devoted to managing our mission and workforce was second to none.   For applying his extraordinary talent, experience, and leadership to the work of our Agency—and for his heroic service to our nation over the course of nearly four decades in the Army—we owe him an enormous debt of gratitude.

President Obama has asked me once again to serve as Acting Director, and I am deeply honored to do so.  No matter who is at the helm of this Agency, however, it is always you—the remarkable officers of the Central Intelligence Agency—who make this organization the unique, respected, and capable institution it is, one that has well and faithfully served the American people for more than six decades.

Our top priority now is what it always has been—to stay focused on mission and on all the important work we do to keep our country safe.