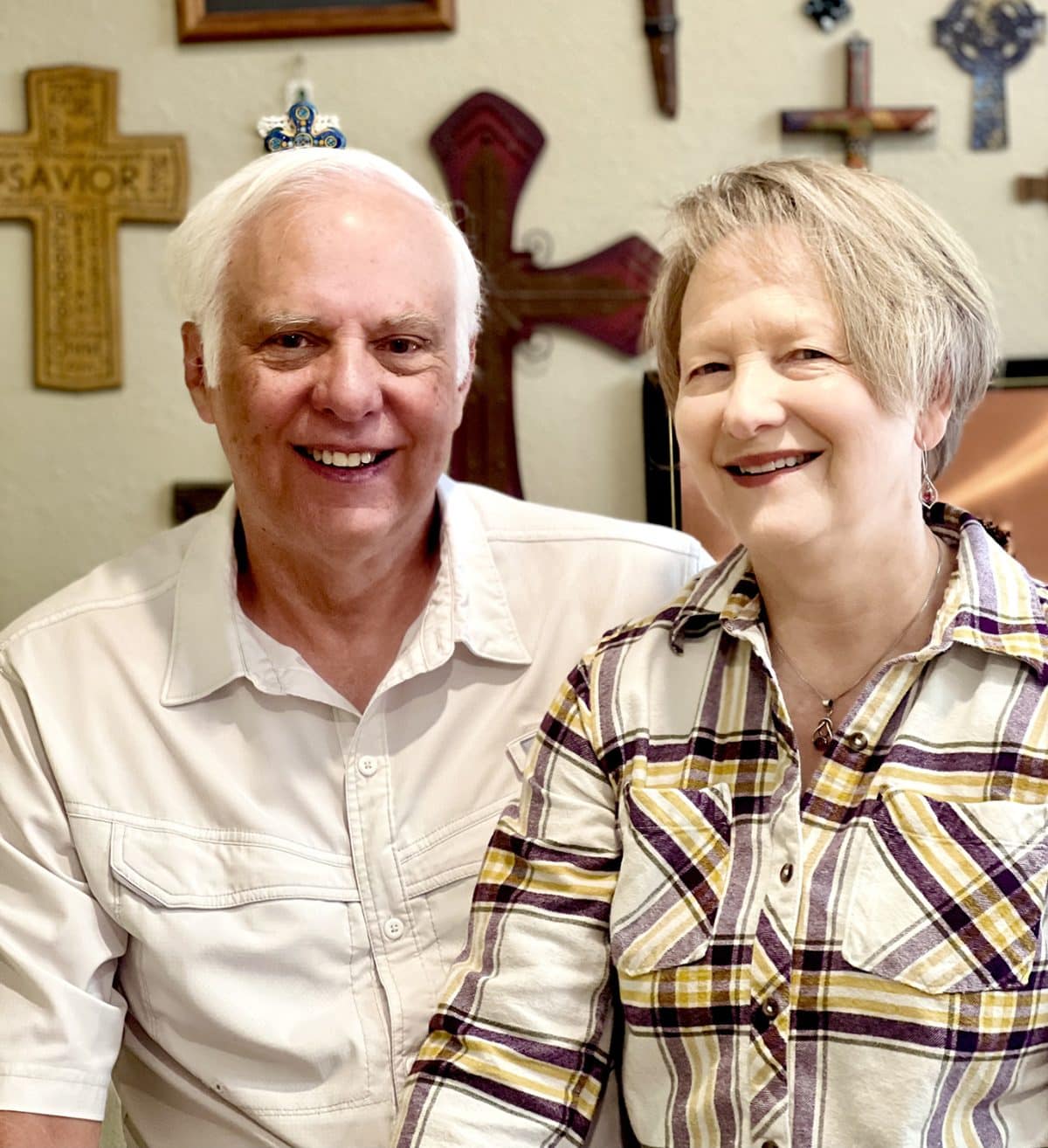 Tim and Tanya Stidham are retiring after 35 years from their ministry at Los Alamos Church of Christ. Courtesy photo

Thirty-five years is a long time. In most cases, it’s more than a generation. That’s how long Tim and Tanya Stidham have served as ministers of the Los Alamos Church of Christ. They are retiring from that work June 5.

Actually, it won’t be 35 years until August, but circumstances require the Stidhams to be in Abilene, Texas, before then.

“Our daughter, Tera (Stidham) Harmon, has been offered an assistant professorship at Abilene Christian University,” Tim said. “We decided to move with the Harmons to Abilene. This will allow us to help with their kids while Tera is busy starting her new job.”

The 35-year date is not the only goal Tim will barely miss. He wanted to preach all 27 books of the New Testament before he retired, but he will lack two books, Colossians and I Timothy. However, by June 5 he will have preached 1,352 sermons in Los Alamos, which has to be some sort of a record. In addition to preaching, he has taught innumerable popular Bible classes for all ages, led Wilderness Trek and congregation rafting expeditions, and planned 30 annual senior banquets.

Tanya has served as women’s minister since 2000. Among her activities have been teaching women’s and children’s Bible classes, heading up the church’s annual Women-to-Women mini-conference and, with church deacon, Lyn Haval, co-directing the congregation’s Prayers and Squares quilt ministry for people with various needs in the community and beyond.

Their second son Tony has been serving as minister for Grace Vineyard Church, but he has recently resigned and will be moving with his family to Santa Fe in June.

Tim is known for his in-depth, thought-provoking lessons.

“Perhaps my best series of sermons was on the temperaments,” Tim said. “We explored how each of us connect to God in different ways. People keep reminding me of that series.”

After those sermons, the congregation began having annual naturalist services at the Los Alamos Ski Hill and special Easter services, among other types of worship.

Kids who grew up in Tim’s youth groups fondly remember his special events: Crude Nights when they did “gross” activities, Class Nights when they dressed up and went to fancy restaurants, and Scream Nights when they celebrated the scariness of Halloween. He and Tony have planned themed senior banquets that sent off high school graduates in grand style.

Tim holds an A.A. degree from Freed-Hardeman University in Henderson, Tenn.; a B.S. from Harding University in Searcy, Ark.; and an MA from Abilene Christian University in Abilene, Texas. He also has done work toward his doctorate at ACU.

Tim and Tanya, who met in Guam when their fathers were stationed there in the U.S. Air Force, will have been married for 48 years June 29. They have four children—Tracy, Tony, Tera and Tiffany, all of whom grew up in Los Alamos and graduated from Los Alamos High School. Of the three, Tiffany, who lives with her family in Roanoke, Texas, is the only one who does not currently reside in Los Alamos. The elder Stidhams have 14 grandchildren, 2 foster grandchildren, and four great-grandchildren.

Tim and Tanya have many fond memories of their time in Los Alamos. Wilderness Trek and senior banquets rank high among those memories.

“Perhaps our church was best just after the Cerro Grande Fire,” Tim said. “Helping all the people we did during the months that followed the fire will be a cherished memory.”

During that time the local church teamed up with Church of Christ Disaster Relief Effort, Inc., based in Nashville, Tenn., to distribute food, furniture, and various other supplies to Los Alamos residents who lost their homes.

“One shipment was an entire truckload of Vienna Sausages,” Tim said, laughing. “People gladly received them.”

Tim thinks it takes “a loving congregation and a committed preacher” for a long-term relationship to flourish. “It’s a two-way street,” he said.

“It speaks well for both the preacher and the congregation when they can maintain a positive relationship for so many years.”

The congregation will honor the Stidham and Harmon families and say reluctant farewells to them Monday, June 6, at Señor Tortas restaurant.