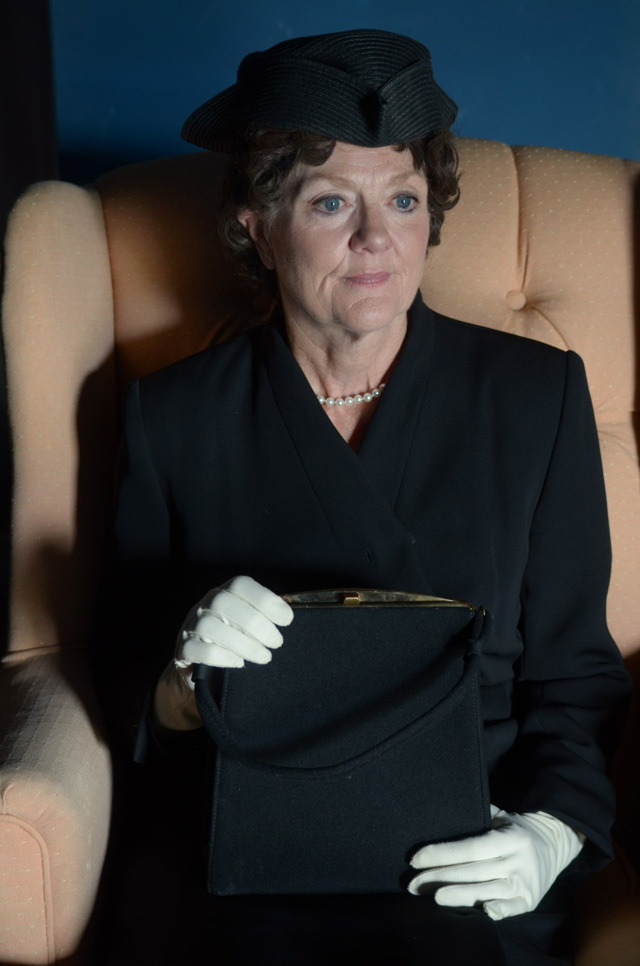 Charlotte Keefe as Frances Perkins, the first woman to serve in the Presidential Cabinet. Courtesy photo

“If A Door Opens, A Journey With Frances Perkins,” written and performed by Charlotte Keefe will be presented at 7:30 p.m. Friday, July 26 at the Toolshed Theatre in Dixon.

The play is a tribute to one of the most important and influential women in the United States. Despite her incredible legacy of accomplishments, she is little known. That is why “If A Door Opens” is such an important play.

The play gives insight into this incredible woman through a series of stories that informs the audience of the essence of Frances Perkins. Perkins came from a New England middle-class family. but became acutely aware of the poverty that was pervasive among immigrants who worked long hours for little pay in unsafe factories. As a young woman she volunteered at settlement houses and lobbied for labor laws.

In this position she became an architect of the New Deal programs. We can thank Frances Perkins for maximum work hours and minimum wage laws, the abolishment of child labor, and the rights of workers to organize and bargain collectively.

Because of her persistence and leadership, the Social Security Act was signed into law in 1935. At the time of her death, Secretary of Labor William Wirtz said, “Every man and woman who works for a living wage, under safe conditions, for reasonable hours, or is protected by unemployment compensation of Social Security, is her debtor.”

Keefe, Texas native and Taos resident, is a retired professor of Special Education and has acted in community theatre for more than 30 years. “If A Door Opens“ is the first theatre piece she has written. She hadn’t given any thought to writing a one-person performance piece so she was rather surprised when she was overcome by the idea after hearing only a few minutes of an enthusiastic book review of “The Woman Behind the New Deal” by Kristin Downey.

She researched Perkins for months and then began focusing on the stories she felt not only highlighted her’ accomplishments, but also would give insight into the character, wit, and compassion of a woman who learned to skillfully negotiate with labor leaders and politicians as a trailblazer in the “men’s club” of 20th century politics.

“If A Door Opens” has been performed in Taos, Lubbock, Texas and Santa Fe. The play is full of history, drama, humor, and passion. Without fail, audience members wonder why they were not aware of Frances Perkins and appreciate learning about this remarkable woman in such an entertaining way,” Keefe said.

“Keefe has chosen to paint her portrait of Perkins in the style of serialized stories, ending with a simple blackout. Her character reappears moments later at a different time, a different place, although in the same physical place on stage. The process, however simple, demands strong acting and Keefe delivers,” writes William Kerns in a review in the Lubbock Avalanche Journal.

For reservations email susanplewis@gmail.com or call 575-751-7015 or buy tickets online at www.BrownPaperTickets.com.