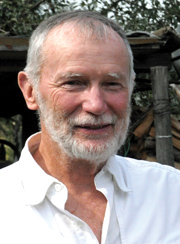 When I first heard our utilities department was considering buying into a Small Modular (Nuclear) Reactor (SMR) project I was pleased.

I think most physicists, of my generation at least, secretly harbor the hope that nuclear power will be redeemed and fulfill the promise of virtually unlimited clean power that we grew up with.

I believe the SMR movement (there are several brands of SMR under development) has legs, and will go a long way toward the bright future my boyhood heroes promised. But I don’t believe this is the time, or the project, for municipalities like Los Alamos to take a piece of the SMR action and I want to tell you why.

What’s the problem? Well, we have been spared some significant details. There are two problems buried in the details:

(1) The technology and plant design have been treated as givens – our DPU has compared this project to the commodities acquisition project the county did in the 1980’s where we acquired part of a coal-fired power plant and retro-fitted El Vado and Abiquiu dams for hydroelectric generation.  But that project used long-proven technologies (invented, I believe, by Thomas Edison) and had no difficulty finding conventional financing.  And we had a squadron of consultants – legal, engineering, financial – and a citizens review committee that scrubbed the project.

You may have noticed I juxtaposed “tried and true” and “FOAK”- (First Of A Kind) in the list above.  If you  drill down into that contradiction by browsing NuScale’s website www.nuscalepower.com   and the NRC data base for the NuScale Application – https://www.nrc.gov/reactors/new-reactors/design-cert/nuscale/documents.html (easiest is to look at https://www.nrc.gov/docs/ML1701/ML17013A264.pdf Final Safety Analysis Report , Part 2, Tier 2, Chapter 1: General Description of the plant –  389 pages) you will find that the reactor technology is anything but tried and true.  Even though it is a pressurized light water reactor, it is in fact mostly FOAK.

NuScale has been engaged for years in a program to test and characterize for modeling the FOAK parts of the system. The helical coil steam generator has a number of issues that required separate tests, the nuclear core is a modification of a standard design that required separate testing – without nuclear fuel.  The control rod mechanism and special fuel needed testing. Many of these tests were done with scaled-down mockups – a five by five array for the nuclear core, instead of 17 x 17, and a scaled down set of tubes for testing the steam generator, etc. The NuScale Integral System Test is touted as a “1/3 scale test,” but if you drill down into that little gem you find that 1/3 only applies to some dimensions, others to scale properly for various hydraulic parameters are scaled at far different ratios, down to 1/254.7.  And once again, the heat is supplied not by nuclear fission but by electrical heaters in the fuel rod positions.

Now I’m not criticizing this approach – to my admittedly untrained eye they seem well conceived and executed tests, meeting industry and NRC standards, that are likely to produce good data to put into their models for characterizing the full scale system. Well done, fine engineering.  But the proof of the pudding is in the eating, and in this case the eating is the construction and operation of a full scale nuclear powered module. The critical disciplines here are heat flow and hydraulics, both notoriously dependent on scale, and the dependence is difficult to predict. The modeling begs confirmation at full scale. No full scale module of this type with this technology has ever been built, and none is being built now, and under this plan will not be built and tested until the first module is produced and run in a reactor pool in Idaho.

Yet the timeline published by UAMPS shows the time between installing the first and last module as a year.  Prudence would suggest they’ll have to wait a while for the first module to be tested – before they finalize the designs on the rest, with attendant delays for approvals of every change by the NRC.  Schedule-wise, this moves some of the development activities well into the construction arena.

In this business, delay is endemic. If you compare project schedules NuScale published in 2014 and in 2017 you’ll find that in those three years, the project has moved out three years. Recent correspondence from the NRC setting a schedule for various reviews contained a caution that the schedule is likely to change because NuScale had not met certain submittal deadlines, and other problems have surfaced. Finally, there is no indication that NuScale/Fluor has begun construction of a factory or identified a set of vendors to supply components to build these modules (they do have a PowerPoint presentation for vendors). All that work is to be compressed into about a year and a half, according to the project schedule. And none of this has been brought to the attention of the UAMPS prospective participants, the Utilities Board, or the County Council.

OK, now for problem (2). The economic benefit of the SMR concept derives in part from a compressed timeline – the reason NuScale went to all the trouble of studying the AP1000 applications.  Another benefit follows from what they call Nth of a kind – building identical modules saves design and fabrication costs, the Henry Ford idea.  The first means less capitalized interest on development costs, the second is just mass production efficiency.  But the benefit of the Nth of a kind does not accrue to the FOAK, in this case we have to bear the cost of both.

I direct your attention to the idea contained in the statement I quoted above from the Feb. 21 UAMPS Amended Budget and Plan of Finance: “UAMPS will access the bank credit universe by soliciting proposals from a group of highly sophisticated banking institutions that understand the risk profile associated with extending short term loans to development-stage projects.” (Italics added).  Is the reason NuScale is seeking unsophisticated small municipalities to collateralize the financing for this project that really sophisticated institutions understand that you shouldn’t be financing long-term debt on your credit card?

The problems I just described to you are guaranteed to extend the development and construction times way past the current schedule and deprive the project of the major economic benefit it is designed to capture – a short gestation period. That’s why other unsophisticated institutions don’t want to finance development – too much uncertainty.

There is no shortage of options for Los Alamos to meet its future power supply needs. This is a fascinating project – I really enjoyed my journey through its mysteries. But Los Alamos County is unsophisticated technically and financially, has not sought to engage sophisticated expertise as we did in the 1980’s for the commodities acquisition project, and should quietly walk away from this project. Down the road we can sign up for the (12 + M)th-OAK.