In May 2012, the Los Alamos County Council directed staff to explore renovating and leasing existing space at Central Park Square, across from Fuller Lodge, for use as a new Teen Center.

Kohlrust explained that the tenant improvement project at Central Park Square, with a $4 million budget, was less expensive than the $8 million new building concept on Lavey Lane originally proposed during the CIP process.

The plans call for Origami, Mesa Elite Fitness and Dr. Kenneth H. Kahn and Dr. David M. Baker to relocate to other spaces within Central Park Square to make way for the Teen Center.

Kunsberg said that he was working iwth the affected current tenants who have leases with Central Park Square to move to better locations while keeping their current basic lease terms.

County Council approved the $4 million budget for the Teen Center remodel. The next step, according to Kohlrust, is to take the lease agreement between Los Alamos County and Central Park Square to the Council for approval Nov. 27. Kunsberg said that he hopes to have current tenant relocation agreements resolved by that time.

Origami owner Jennifer Kim spoke to the Los Alamos Daily Post about the possibility of moving to another location within Central Park Square.

“The move is unexpected and very stressful. Phillip [Kunsberg] is helping us and we are working through architectural drawings.”

When asked if she was willing to move, Kim said that although it will be difficult to move the restaurant, she is confident that it can work out.

Lobato complimented the design and layout of the proposed Teen Center as the current center has limitations on the number of youth who can be accommodated, maxing out at about 100. The new Teen Center design can accommodate at least 315 teens. The proximity to Fuller Lodge, restaurants and Atomic City Bus stops were all presented as benefits to the Central Park Square location.

If the current tenants agree to be relocated and the County’s lease with Central Park Square is approved by Council, Kohlrust predicted that construction could start as early as 2014 and be completed within approximately 12 months.

For more information on the Teen Center Project, click HERE. 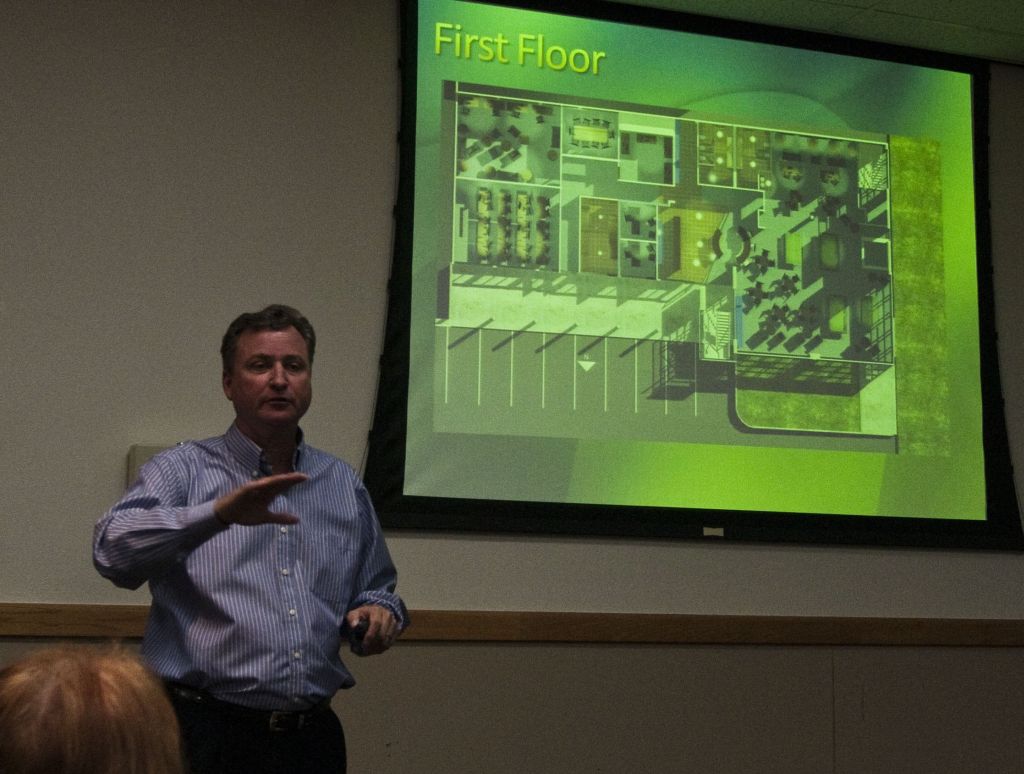 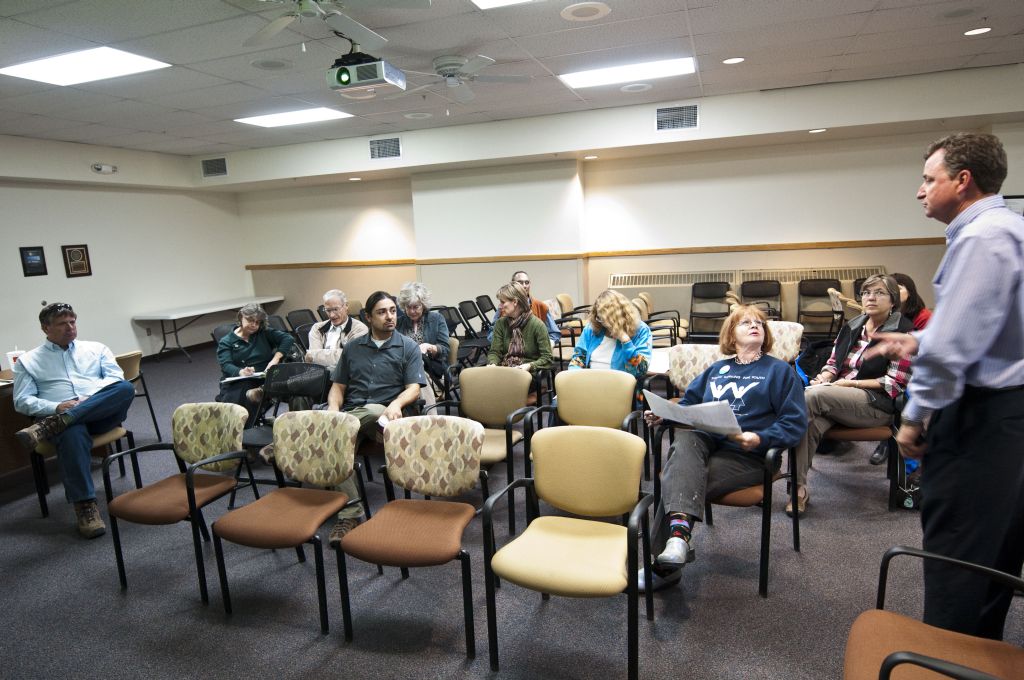 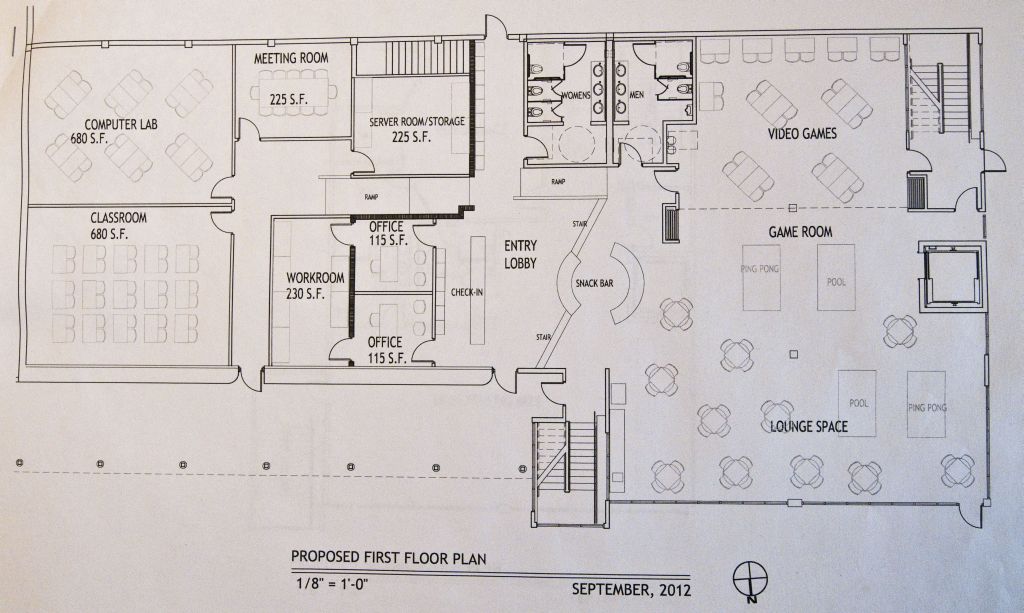 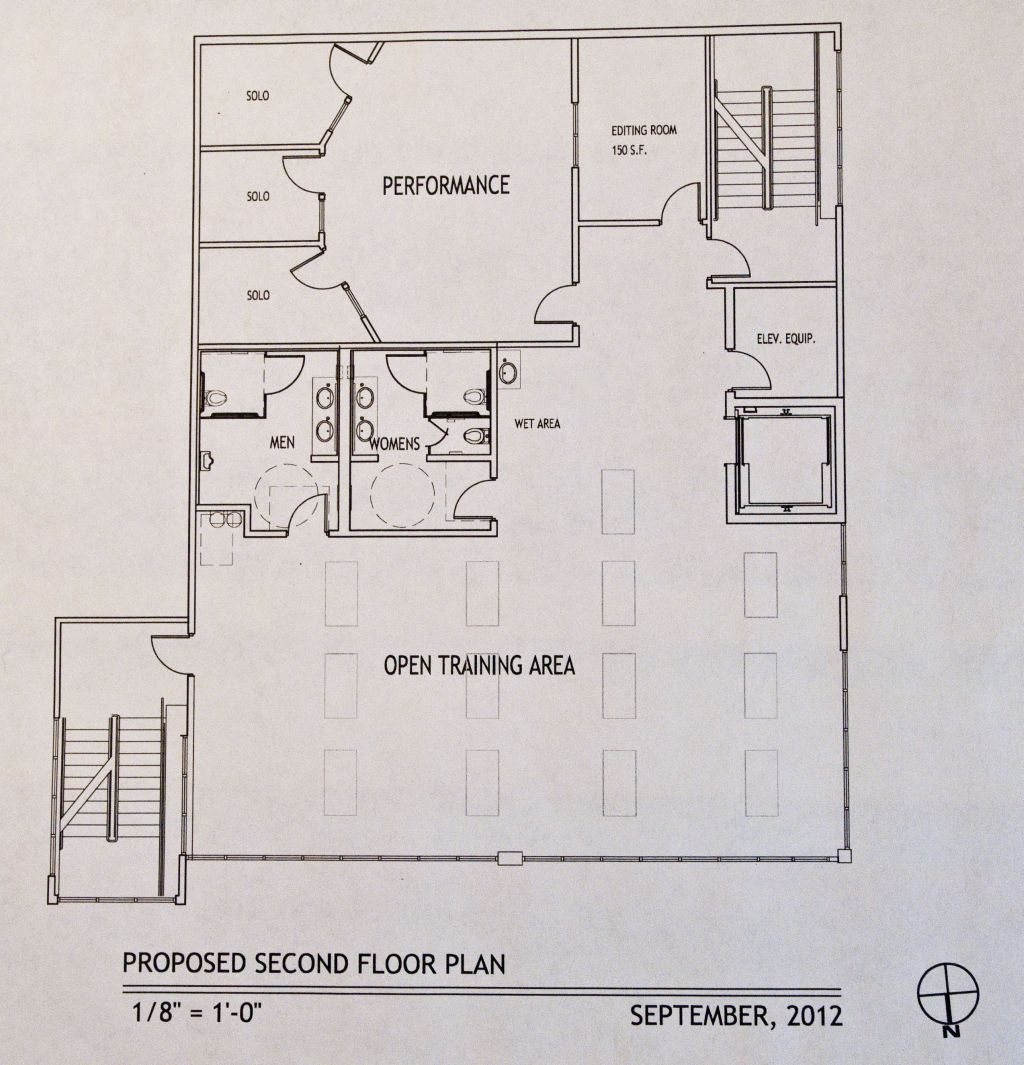 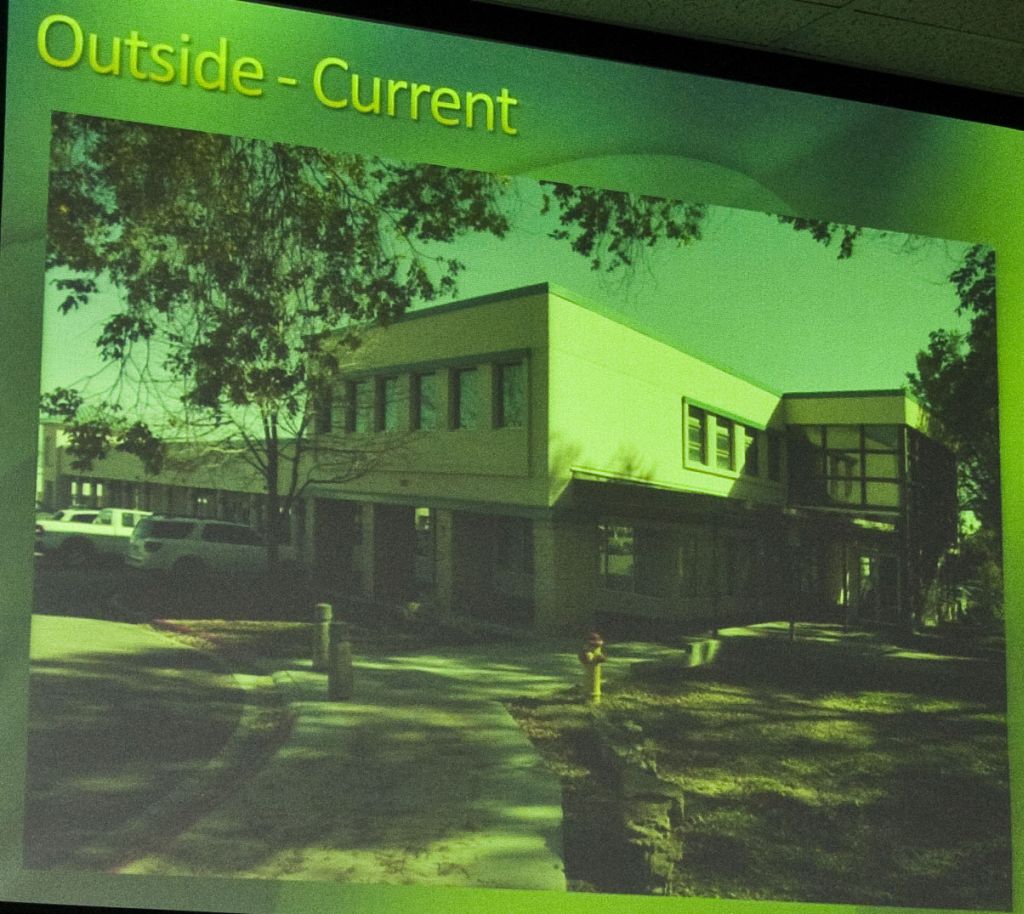 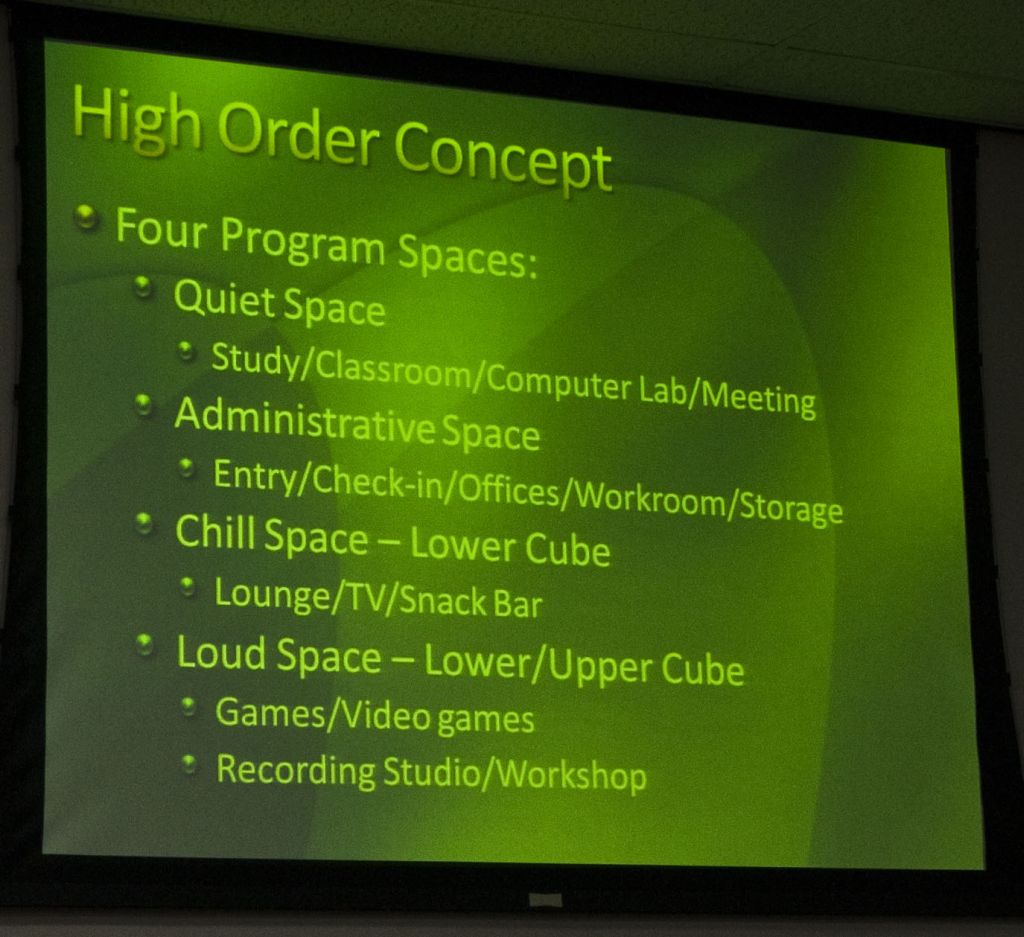 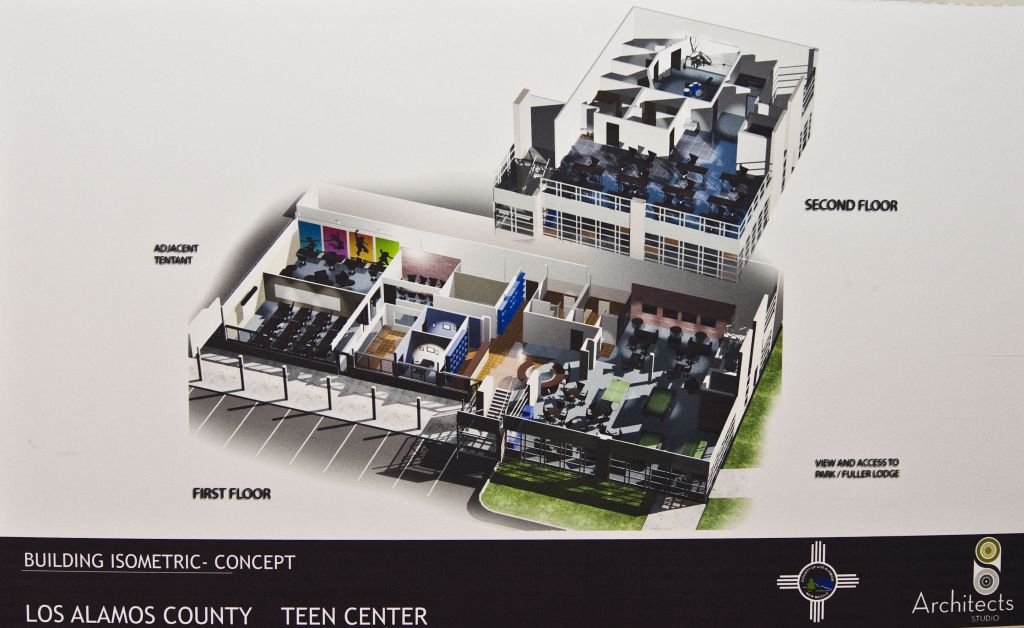 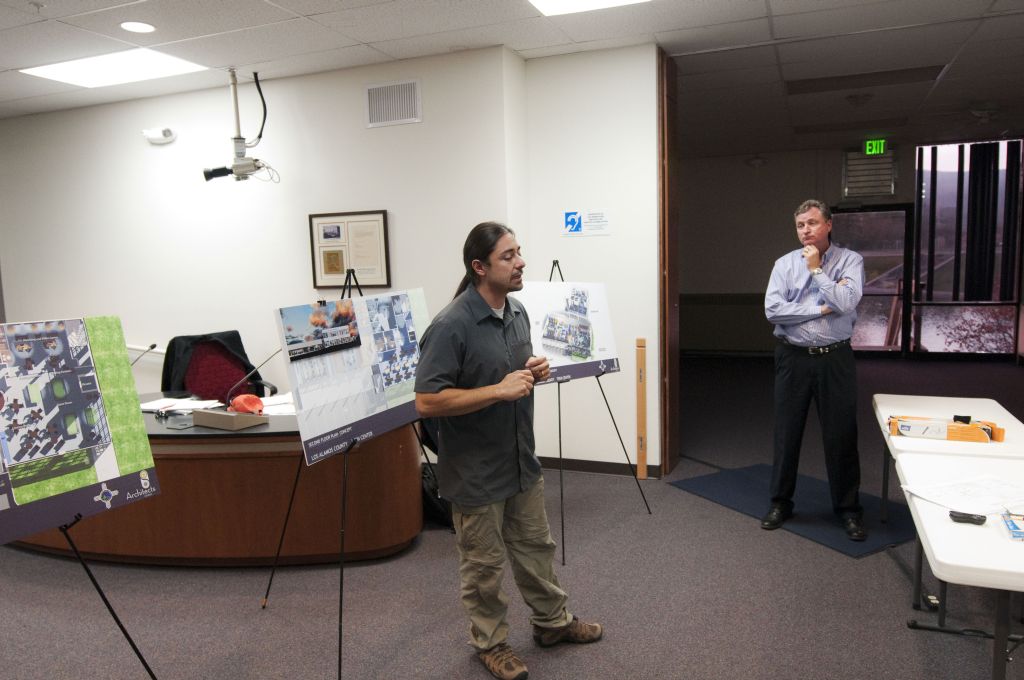