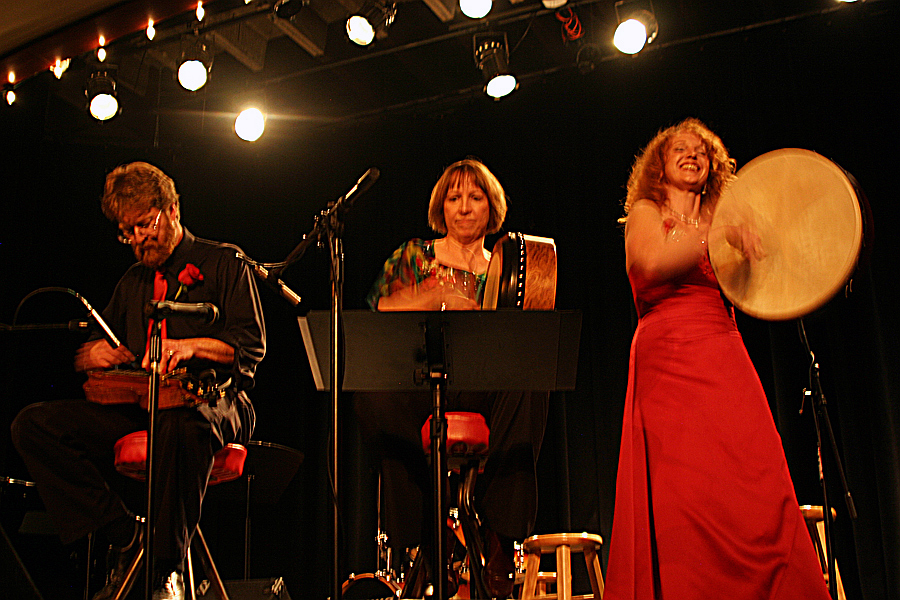 Dulcimer champions Wendy Songe and Jonathan Dowell will face off in a Celtic Christmas Showdown in a benefit concert at 7 p.m. Saturday, Dec. 15 at Crossroads Bible Church.

It’s all in fun of course. Songe and Dowell play together as “Dually Noted” and are good friends. They also share the distinction of being First Place winners of both the Texas State and Southern Regional Dulcimer Championships.

Celtic Christmas started its tour with two shows in Oklahoma and another in Missouri. In addition to the Los Alamos Show, there will be a performance in Santa Fe at 4:30 pm Saturday, Dec. 16 at Unity Santa Fe.

Both shows benefit Northern New Mexico United Way, and the Los Alamos show will feature a silent auction and refreshments by Ruby K’s. Tickets are $5 for students and $10 for others.

Songe and Dowell met at the Dulcimer Jamboree at Ozark Folk Center Park in Arkansas. Songe was a student in Dowell’s 2011 class. They’ve been playing together and competing against each other since then.

The duo will be joined on stage by Dowell’s wife Tessa. Tessa place plays the pennywhistle, the bodhran (Irish drum), and the dulcimer

Dowell’s mother was a dulcimer player and his grandfather was an Ozark fiddler, but Dowell considered the dulcimer to be his mom’s thing.

He pursued other types of music as a percussionist until Tessa got interested in the music and learned to play the dulcimer. Dowell began playing in 2001and has gone on to win first place awards for his playing.

“The Ozark hills are like a time capsule of oral traditions that are hundreds of years old,” he said. “I consider the Ozarks my home. I’ve met lots of wonderful people playing this music. It’s like joining a family.”

Dowell is a physicist at Los Alamos National Laboratory. He and Tessa work with a non-profit they founded called ReefNews. The organization teaches children about the oceans and how to protect them.

You can hear Dowell perform regularly at De Colores Restaurant on Thursday and Friday nights in the Cantina.

Find out who will be the Christmas star of the this dulcimer showdown and enjoy an evening of beautiful traditional music while helping out United Way.