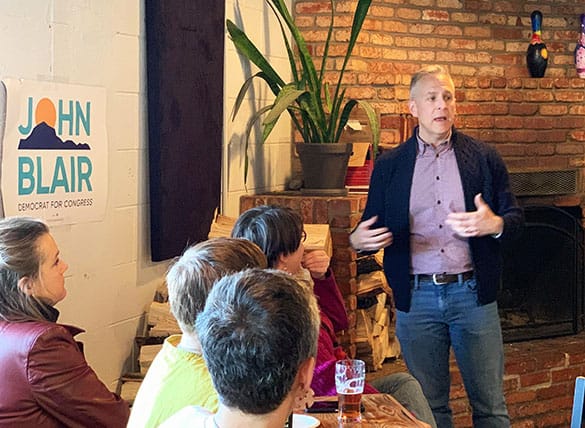 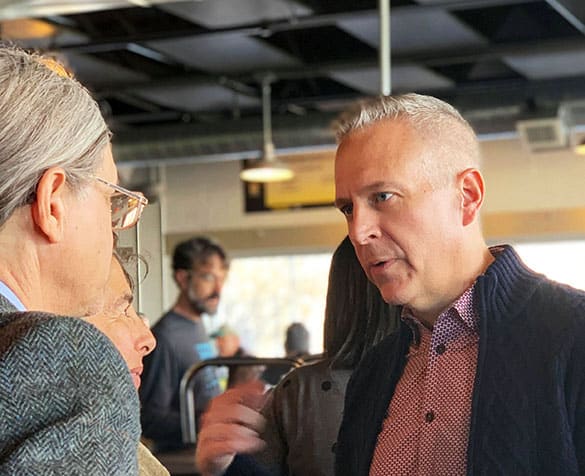 From the John Blair for CD3 Campaign:

In a crowded primary of Democratic candidates for CD3, John Blair is working hard to gain support from Los Alamos voters before June 2, 2020.

At an informal meet-and-greet event Sunday afternoon, Blair addressed a crowd of more than 30 interested residents at the Bathtub Row Brewing Co-op in Central Park Square.

“When you go to the polls to choose your candidate — me,” he said, pointing at himself and getting a laugh from the audience, “remember that I have the most experience in politics, from Washington, D.C. to New Mexico. I served in the Obama administration as the director of external and intergovernmental affairs at the Department of the Interior, under Sen. Jeff Bingaman as a legislative correspondent, and as legislative and communications director for Martin Heinrich when he was in the House of Representatives. Most recently, I served as deputy secretary of state with Maggie Toulouse Oliver to make it easier for New Mexicans to vote.”

The event drew people with specific questions they posed to Blair, as well as walk-in pub-goers drawn to the opportunity to learn more about his views and plans. Local political activists Cristina Olds, Megan Green, Grant Harding and Liz Miller jointly sponsored the event and provided Co-op deli trays.

By way of introduction to the fundraising portion of the event, Harding said, “Those of you who know me know I can dive deeply into some wonky and esoteric political topics and go on at length. When I met John, I sat down with him and grilled him hard — like bacon — about the Green New Deal and alternative energy sources. I was so impressed with the depth and breadth of his knowledge, his experience in D.C., and his understanding of the unique issues we have here in New Mexico. He really is the best candidate in my opinion.”