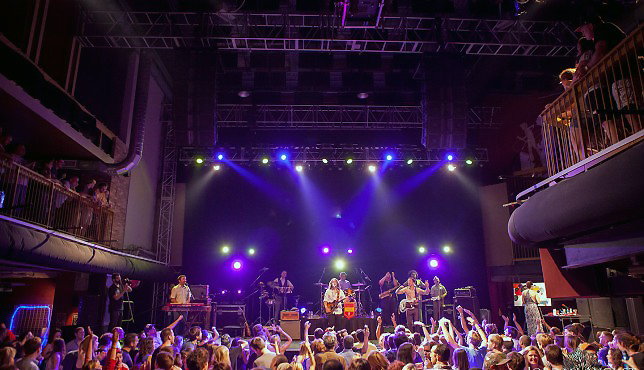 House Floor on Saturday during debate of SB 159. Courtesy photo

SANTA FE – At noon Saturday, the 2015 New Mexico legislative session came to an end as the constitutionally allotted 60 days expired.

Once legislators adjourned, all uncompleted legislation died. This year’s legislative session saw a Republican majority take control of the House of Representatives for the first time in six decades.

This change in party control meant little to most New Mexicans and there were signs of bipartisan cooperation as the Legislature passed a $6.2 billion budget for next year’s funding of New Mexico’s state government, schools and universities.

However, as the session began to wind down, an unanticipated conflict arose as Gov. Susana Martinez and the Republican controlled House fought with the Democratic controlled Senate and Democratic House members over the capital outlay bill. Senate Bill 159, sponsored by Sen. Carlos Cisneros, D-Los Alamos, Rio Arriba, Santa Fe and Taos, is a key piece of legislation that usually passes without controversy.

The capital outlay bill is how legislators typically fund improvements to local community projects such as roads, fire stations, school improvements, acequias and many types of projects requiring construction or equipment purchases.

The amendment redistributed $45 million to a single state road fund for a road project in the Artesia area and $12.5 million into LEDA, an Economic Development Department closing fund.

After a lengthy floor debate Saturday morning in which House Democrats tried but failed to reinstate funding to these programs, the House voted 36-32 along party lines and passed the bill with all cuts intact. The bill was then sent back to the Senate with only minutes left in the session and no time for them to act. It died once the session adjourned. The end result for New Mexicans is no state capital outlay funding for the 2015-16 fiscal year.

Republican and Democratic leaders held separate news conferences after the session ended in which they both accused each other of sabotaging the bill. Republicans claimed the changes in funding were done to reduce the amount of capital project funded by the general fund. Gov. Martinez said of the bill’s failure that “Senate Democrats chose to be partisan and chose not to compromise”.

Democratic leaders had a different perspective on events and said that the Republican changes cut funding to needed programs throughout the state in order to fund special projects to benefit the oil industry. Senate Majority Leader Michael Sanchez said at Saturday’s press conference that the Democratic senators “were not gonna let the governor take away from families … schools, to help her friends down in the oil patch.”

Three capital outlay appropriations with a total value of $686,200 for Los Alamos County and schools were included in SB 159. However the House Ways & Means Committee cuts greatly reduced the funding for both the Betty Ehart Senior Center and White Rock Senior Center projects.

In the end, all three projects went unfunded when the bill failed to pass: