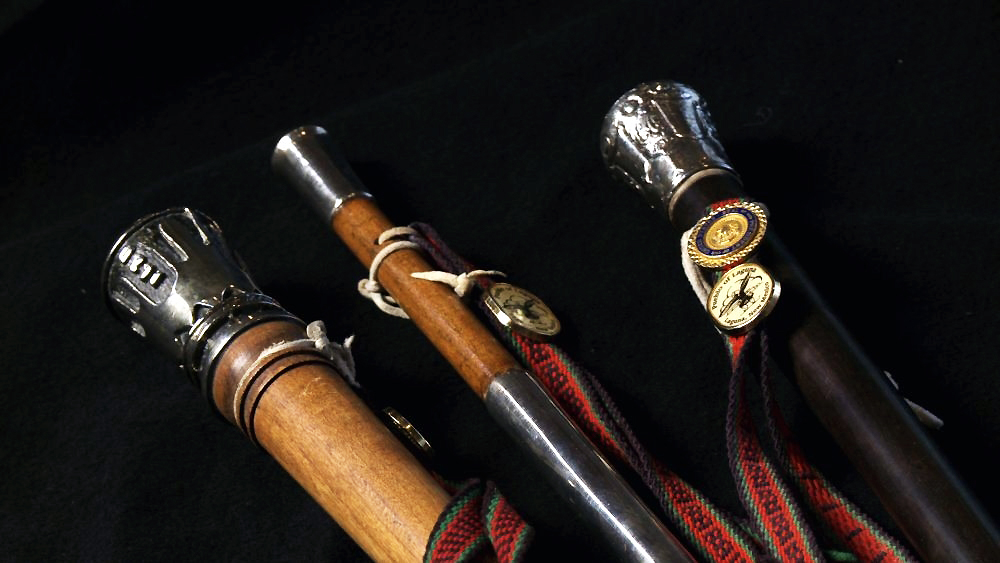 Saturday, July 20 at noon, Bandelier will present the very special documentary, “Canes of Power” in the theater at the park Visitor Center.

In 1864, President Abraham Lincoln presented silver-headed ebony canes to the Governors of the 19 New Mexico Pueblos to recognize their authority, sovereignty, and relationship with the Federal government. Similar canes had been presented by the government of Spain in 1620 and that of Mexico in 1821.

Narrated by actor Wes Studi, the Silver Bullet Productions film “Canes of Power” tells the story of the Lincoln Canes, and their importance to the Pueblo governors and people today. Several Pueblo governors have been invited to attend, and the park curator, from San Ildefonso Pueblo, plans to introduce the film and provide a discussion afterward. Everyone is invited, and there is no extra charge for the film.

In the words of well-known New Mexico author John Nichols: “Canes of Power is a beautifully filmed documentary that tells the story of Pueblo sovereignty along the Rio Grande. It is at once a fascinating history lesson and a passionate argument for Native Americans’ control over their own destiny. The many Pueblo voices who speak here are dignified, resolute, very sharp, and also compassionate. The canes of authority, which passed from one sovereign nation to others in New Mexico under Spanish conquest, then Mexican takeover, and finally during the American invasion, are symbolic of a people’s resolve to abide on their own terms in their own country...”

Other events during the weekend include a Nightwalk at 9 p.m. Friday, July 19. This silent ranger-guided walk in Frijoles Canyon in the dark is popular, so reservations are required; call the Bandelier Visitor Center at 505-672-3861 x 517.

Saturday evening, July 20, there will be an evening program at 8:30 p.m. at the amphitheater in Juniper Campground; the ranger talk will be “Reflections on Frijoles Canyon,” a celebration of history and nature in the area that is the heart of Bandelier. Non-campers as well as campers are welcome.

Sunday, the Santa Fe Raptor Center will bring their rescued raptors to share with visitors. In addition, there will be a Tsankawi Morning Walk 9-11 a.m. Wednesday, July 24. Reservations are required for the walk; call the Visitor Center at 505-672-3861 x 517.

Juniper Campground is open and recent rains have lowered the fire danger to the point that it is permitted to have campfires in the campsite grills. The backcountry continues to be open to overnight hikes; free permits are available at the Visitor Center. In addition, much of the area in the nearby Santa Fe National Forest and Valles Caldera has re-opened. Bandelier Superintendent Jason Lott encouraged visitors to come to the park, saying: “It’s a fine time to come and hike, or camp, or just take a walk through the archeological sites. Don’t let the summer get away before you’ve come at least once – twice is even better.”

Visitors should stop at the White Rock Visitor Center to catch the shuttle to Frijoles Canyon; vehicles can be driven before 9 a.m. and after 3 p.m. into the park. The entrance fee is $12 per private vehicle, and Bandelier, America the Beautiful, Senior, Military, and Access passes are honored.