The six candidates running for one of three seats on the Los Alamos County Council weighed in on where they stand on the hotly contested proposed changes to the Los Alamos County Charter. The four questions on the Nov. 6, General Election ballot propose changing the County’s Charter for Initiative, Referendum, Recall and Charter Amendment Process. Below are the candidates’ responses to the proposed changes followed by links to the language of the four proposed amendments: 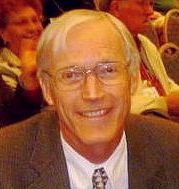 “I have friends and supporters who have strong feelings both for and against the four proposed Charter amendments, and for and against the underlying question that has driven this controversy, namely, should there be direct voter approval of some large capital improvement projects. I’m happy that they choose not to be single-issue voters over this. I do not support any of the four Charter amendments, although I think we could have effective county government under the present charter, or under any of the CRC’s or LAGRI’s presently proposed changes.

“The key to effective government is that the people and their elected representatives on the Council work together to form consensus on the big issues affecting our town. Consensus does not mean universal agreement, nor does it mean one side eaking out a 51 to 49 persent majority. It does mean enough agreement on an issue that you’re not likely to find 1,500 to 2,000 citizens here (the present charter requirement) willing to sign a petition to change things.

“I do support clarification of the Charter’s language as proposed by the Charter Review Committee, and I support bringing the Charter’s provisions on recall into agreement with the State Constitution. But the Council combined these changes with substantive changes which put tighter restrictions on citizen petitions. The Council also chose not to offer for a vote a CRC-recommended provision which would give the Council the option to ask for a direct vote on large new capital improvement projects, and a provision for legal review of proposed petitions.

It was the Council’s prerogative to make these moves, but by doing so, they have weakened the consensus that was developed over the long charter review process. The November vote on the four amendments is clouded by these changes. Because I am not able to vote for the changes I do support without approving changes I do not support, I cannot vote for the amendments on the ballot.

“As a scientist or as a political advocate, I believe in the time-consuming processes of peer review and consensus building. I have the patience and persistence to do that. Whether the voters approve the four amendments or not, a Council that listens and continually works to build consensus on the issues facing this community is the key to effective government. That is the kind of County Councilor I intend to be.“ 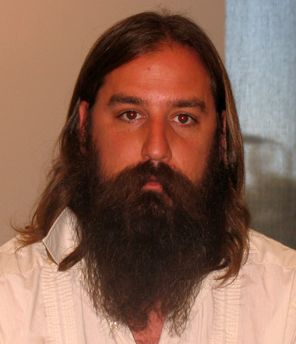 “I have read and closely considered the charter amendments. Despite the misgivings that I have about certain portions of them, I have decided that I will vote in favor of them. On the whole, I feel that they are an improvement on the existing charter.

“However, I feel that they could certainly have been improved upon both in content and in the manner in which they were presented. For example, I feel that it would have been possible, if difficult, to write them in such a way that certain portions could have been separated out and voted upon individually. 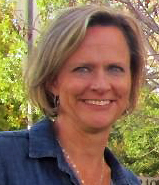 “I am IN FAVOR of the Charter Amendments. The Initiative, Referendum and Recall process are important tools that we have as citizens, and I believe these Amendments both clarify them in a helpful way and adjust the signatures needed and timeframe to gather them in a way that is a better balance for the whole of the community.
The Amendments do basically four things. The first two are “housekeeping” but helpful: they pull the rules for the petition process out of the various parts of the Charter where they are now, and put them in one place, and they list the things that are not allowed to be the subject of a petition under New Mexico law. The list does not restrict our rights in any way – these laws already pertain to us.
The other two things change the process in, I believe, a constructive way: the number of signatures needed to put a Referendum on the ballot would be increased from 10 percent to 15 percent of the number of voters who voted in the Council in the last two elections, and the timeframe to gather the signatures for a Initiative is changed from basically six months to three months. (If passed, both Initiative and Referendum would have the same signature and timeframe requirements.)
I think it is helpful to know that Santa Fe requires 33 1/3 percent of the folks who voted in their local government (plus a percentage from each district) and Albuquerque requires 20 percent. Their timeframes are also basically three months and two months.
I also think it is helpful to know that, in practice, as soon as one person notifies the County that they are gathering signatures on a petition, everything in regard to that topic comes to a stop, for that period of time.
(One of the arguments the opponents to the Amendments make is that the 33 1/3 percent used in Santa Fe should be adjusted, because fewer people vote on the local elected representatives in Santa Fe – but I think the only relevant benchmark is not how many people vote in Santa Fe, but how many people vote here.)
It’s helpful to look at nearby communities – but it’s also helpful to assess how the processes we have now have been working out – one question is, are issues
resolved in our community in a reasonable time frame? Often “over analysis paralysis” gets the blame for the, oftentimes, years that it takes to decide things. In truth the current percentage and timeframe of the petition process, as it is now, contributes a great deal as well.
I believe that if there truly is a groundswell of support in the community for something, the number of signatures required and the timeframe to gather them, in the Amendments, are reasonable. The Amendments help re-set the petition process so that it is more balanced for the community as a whole, and I think they would be helpful to our community.“ 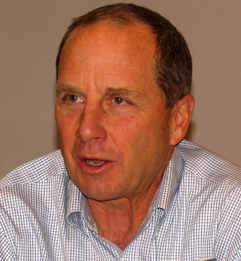 “I will vote yes on all four amendments because I judge them to be value added improvements in providing good government.” 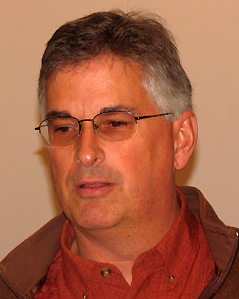 “It was pretty clear that the language in the charter needed to be updated in a number of areas, including the areas related to initiatives, referendums, recalls, and amending the charter.

The proposed changes in these areas remove confusing and redundant language and process steps, provide much needed clarifications, and help ensure the charter is clearly in compliance with state law, which in turn will more effectively guide the decisions of citizens.

“I don’t support the four charter amendments, which I feel would impose unnecessary limits on the ability of citizens to petition.

“The current provisions for citizen initiative, referendum and charter amendment in our charter provide for effective checks and balances on the council.

“I don’t see a problem with these charter provisions as they are currently written and in my opinion we shouldn’t erode our checks and balances.”