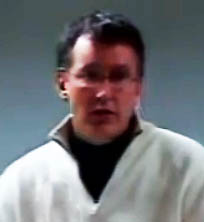 CARLSBAD – Philip Breidenbach, a nuclear expert with more than 30 years of experience in Department of Energy (DOE) nuclear and high-hazard operations, will replace Bob McQuinn as president and project manager of Nuclear Waste Partnership (NWP), the management and operating contractor at Waste Isolation Pilot Plant (WIPP).

“Bob has done a tremendous job leading the recovery effort at WIPP since he arrived in March 2014,” said James Taylor, Executive Vice President and General Manager of Nuclear and Environment for AECOM’s Management Services Group. “Under Bob’s guidance, the NWP team has made great progress in restoring the safety systems at WIPP. Numerous corrective actions have been completed under Bob’s leadership. He also led the effort to complete first-of-its-kind remote photographic mapping of the accident scene in Room 7, Panel 7, enabling the Accident Investigation Board to complete its accident review.

“Now that WIPP is on a clear path to recovery, this is a logical time to make a leadership change and Phil Breidenbach will do an outstanding job,” Taylor said.

Upon completion of the successful closure of WIPP’s Panel 6 and Panel 7, Room 7, McQuinn will return to AECOM’s Management Services Business Group in Aiken, S.C. where he will serve in an executive role in the Nuclear & Environment Strategic Business Unit. He will also serve on the NWP Board of Managers, continuing to be engaged in the safe recovery of operations at WIPP.

Breidenbach, who previously served a key role in development of the WIPP Recovery Plan, will arrive at WIPP April 21 to ensure a smooth transition occurs. Breidenbach comes from the Idaho National Laboratory where he served as the Director of Nuclear Operations at the Materials and Fuels Complex. Breidenbach has experience in operations and project management of nuclear facilities, including several in recovery mode, at INL and the Savannah River Site.

Prior to his INL position, he was an Area Project Manager for the Idaho Cleanup Project, responsible for high level waste tank closure and spent fuel disposition.

Breidenbach earned a bachelor’s degree in metallurgical engineering from the South Dakota School of Mines and Technology.  He has been a Registered Professional Engineer in South Carolina since 1988 and is a Certified Project Manager by the Project Management Institute.