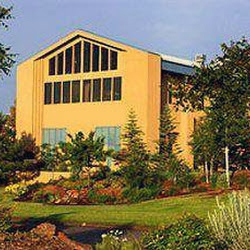 The financially troubled Hilltop House Hotel at 400 Trinity Dr., has gone into foreclosure.

Court documents obtained by the Los Alamos Daily Post indicate that Los Alamos National Bank filed for foreclose proceedings on its mortgage with the hotel Oct. 19.

Attorney James Jurgens filed the civil complaint in Los Alamos District Court for “debt and money due, for foreclosure, to enforce security interests and on guarantees.”

When asked about the foreclosure, LANB President Steve Wells explained that it is against bank policy to discuss any LANB customer. He did say that foreclosure is the least desirable option for any financial institution to take and that such action is always the last resort when no other viable solution exists.

Local businessman Roger Waterman of TRK, together with his brothers Ted and Ken Waterman, own the largest membership share in the hotel – more than 30 percent. His mother, Alice Waterman, is the largest private lender – she holds a second mortgage on the property.

“We are still hoping to work out an option with the bank,” Roger Waterman said during an interview today.

The financial troubles plaguing the hotel first surfaced last summer. A story published Aug. 1 in the Los Alamos Daily Post revealed that the group of 17 men and women owners of the hotel gathered in person and by telephone for a meeting at the hotel in July to discuss what, if anything, could be done to save the hotel from sinking into bankruptcy or being sold off for pennies on the dollar.

“We weren’t aware of the seriousness of the problem until Ron (hotel managing member Ron Selvage) notified us that the Best Western Flag was in jeopardy,” Waterman said in July. “We tried to provide him with guidance on how best to discipline his hotel to pass the inspection.”

That wasn’t the case and the hotel lost the Best Western flag, he said.

“We first learned that the hotel was put up for sale July 2 when we received a purchase agreement,” Waterman explained in July. “The sale of a property has a very serious impact on the investors, the bank and everyone else involved and we are now trying to take time to see what the impacts are under various scenarios to see if there are any better impacts.”

Selvage did not invest money in the hotel when the investors purchased it in 2005, rather was tapped to manage the operation.

Selvage discussed the hotel’s financial crisis during a July interview.

“The economy has really downturned and if you look at the Laboratory cutting contractors … that’s where the hotel gets the bulk of its business … and that has a lot to do with the problems the hotel has had,” he said.

Last July Selvage addressed the question of why the investors weren’t informed that he had put the hotel up for sale.

“I’m a managing member and I made the decision to put the hotel up for sale to see if there were any interested buyers out there before the financial troubles hit,” he said.

“This is a devastating situation from which no one is going to win,” she said in July. “There were a number of small investors and some who stand to lose an awful lot of money.”