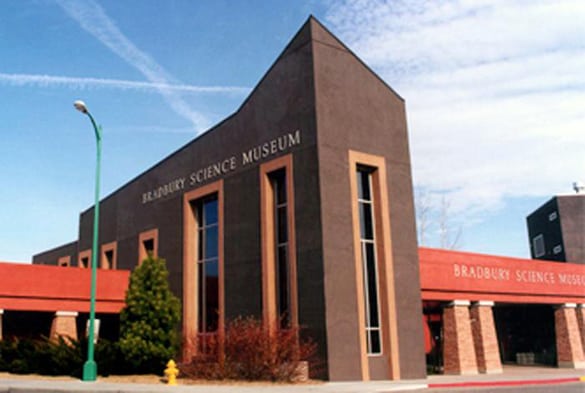 The museum will host an opening reception from 3:30-6 p.m. for the general public.

Nearly one year ago, the Las Conchas Fire burned in forest areas surrounding LANL and forced a one-week closure.

The wildfire spared the Laboratory but it affected thousands of residents in Northern New Mexico.

The exhibit provides an opportunity for people to share their stories about the Las Conchas fire and other wildfires, listen to stories told by others and watch a slideshow that describes the community’s response to wildfires.

“I was at home looking forward to a quiet evening with Janet — it was our wedding anniversary — when I got a call to look outside,” LANL Director Charlie McMillan recalled about the Las Conchas Fire. “I knew right then it was going to be a long week.”

“I’ll never forget my first view of the Las Conchas Fire from my backyard,” said Bradbury Science Museum Director Linda Deck. “It was as if a volcano was going off over the hills. I know Los Alamos and Northern New Mexico residents will have their own strong memories of living with wildfire, and this interactive exhibit gives our community a venue to tell them. It’s a shared experience that helps define and unite us as a community.”

The public can reserve time to record their stories online at http://www.lanl.gov/museum/participate/share-stories.shtml.

During the session, audio and photographs will be recorded as the storyteller follows prompts to assist them in their responses, Deck said.

The exhibit will remain up indefinitely.

The Bradbury Science Museum features films and interactive exhibits interpreting LANL’s contributions to modern science, research and technology, including its role in the Manhattan Project and current mission in national security.

The Bradbury Science Museum is open daily except Thanksgiving, Christmas and New Year’s Day. The museum is located at 15th Street and Central Avenue in downtown Los Alamos.