Book of the Year: ‘Sun, Sticks and Mud’ 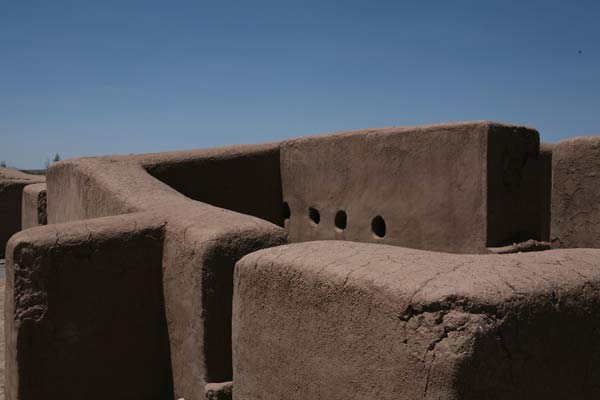 Photograph from ‘Sun, Sticks and Mud.’ Photo by Steve Fitch

ForeWord Reviews has announced the winners of the 2012 Book of the Year Awards.

Representing more than 600 publishers, the winners were selected after months of deliberation from 1,300 entries in 62 categories. The winners exemplify the best work coming from today’s independent, academic, and small press communities.

Gold, Silver and Bronze awards, as well as Editor’s Choice Prizes for Fiction and Nonfiction, were determined by a panel of librarians and booksellers and announced at a special program at the American Library Association Annual Conference in Chicago on June 28.

Sun, Sticks and Mud by Bart Kaltenbach and Barbara Anschel with photographs by Steve Fitch was honored with the Gold in the category of Architecture.

Sun, Sticks & Mud documents the fascinating regional architecture of earth building in the Desert Southwest through photography, critical essays and travel journals. The book presents the history as well as the future use of mud as a sustainable material for energy efficient building design.

Sections include discussion and illustration of: Indigenous earth architecture, vernacular architecture throughout the region, the development of historical styles, restoration and preservation issues and the emergence of modern design and earth construction techniques.

ForeWord’s Book of the Year Awards program was designed to discover distinctive books from independent publishers across a number of genres. ForeWord’s annual awards program is unique in that the final selections are made by librarians and booksellers – based on their experiences with patrons and customers.