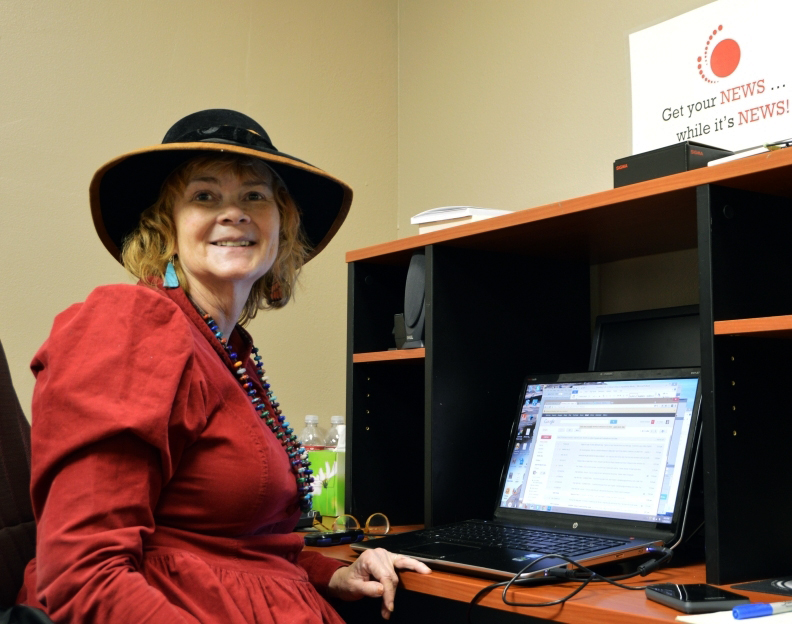 Thanks to overwhelming community support, the Los Alamos Daily Post is growing in readership and revenues every day and is pleased to announce an important addition to its news team.

“Bonnie is well known and respected throughout the local artistic community,” Publisher Carol A. Clark said. “She is a talented writer whose experience reviewing cultural events on and off for nearly two decades will provide our readers with greater insight into our vibrant local arts and entertainment scene.

Gordon explained her interest in covering the lifestyles beat saying, “I’m more than excited to be working for the Los Alamos Daily Post where I get to cover the things I truly enjoy and care about like music, theatre, literature, art, education, spirituality and food. Plus, I get to write features about amazing people. The thing I love most about writing features is exploring other people’s passions.”

Gordon said covering the lifestyles beat intrigues her because it is about what makes people’s lives worthwhile—their families, their community, and the things they love to do … “I think it’s very important.”

“I will also write a column, ‘Heart to Heart,’ where I can say (almost) anything I want and I get to build ads, which is a lot of fun and makes me feel artistic even though I cannot draw. Do I really get paid to do this?” she said laughing.

Gordon grew up in Boise, Idaho “somewhere close to the wrong side of the tracks.” She attended Reed College, where not only did she get a degree in English, but much to her mother’s delight, “met a nice middle class boy” who she would later marry – once he finally got his Ph.D. in physics.

She lived for several years in a socialist-feminist collective in Santa Barbara, Calif. with 10 adults and two kids. During that time, she started working for the US Postal Service.

She moved to Austin and spent another 7 years as what Texans refer to as a “Lady Mailman.”

“I was a shop steward for all 13 years … the union makes us strong,” Gordon said.

Gordon  eventually settled down in Los Alamos 18 years ago.

“I’ve been writing something the whole time. I’ve written poetry, stories, essays, a thesis on Wallace Stevens, newspaper stories on every conceivable subject, ad copy and one or two off-color limericks,” she said. “I was the Monitor’s Community Editor for several years before leaving there nine years ago to work at UNM-Los Alamos as the public affairs representative, graphic artist, marketer and webmaster.

Gordon married David Sigeti, the above mentioned physicist, 22 years ago and they have 20-year-old twins, Alexandra and Jacob.