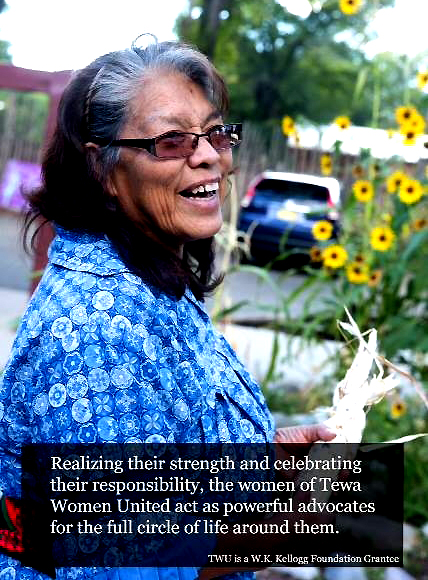 Specifically, they requested additional monitoring in three separate areas, (MDA-L, TA-50 and TA-54) where water from treated radioactive liquids and other hazardous liquid wastes is evaporated into the air, and several buildings that have been exposed to beryllium processing or machining operations. The petition asked that the laboratory be required to verify that these potential sources of airborne contaminants were not “significant,” in a formal sense that should require additional monitoring.

Beryllium is a hazardous, environmentally persistent element that has been used at the laboratory since 1943, according to the Centers for Disease Control’s comprehensive study of health hazards and environmental impacts at LANL. Among susceptible people, very small amounts of beryllium can cause a deadly and excruciating lung ailment known as chronic beryllium disease.

In 2009, LANL notified “approximately 1,890 current and former employees and authorized visitors of potential exposure to beryllium,” based on industrial hygiene sampling a few months earlier that identified a risk of beryllium exposure at Technical Area 41 in Omega Canyon.

The appellants hoped to bolster the permit to cover sources whose harmful effects, they had reason to believe might have been underestimated sources. This group, the petitioners, included Sanchez, representing Tewa Women United, an intertribal women’s collective in Northern New Mexico, Joni Arends, executive director of Concerned Citizens for Nuclear Safety of Santa Fe, and Dr. Maureen Merritt, a physician with expertise in beryllium disease and distinguished background in the Public Health Service and the Indian Health Service. Arends and Merritt participated by telephone, as did board member James Casciano.

Sanchez began her opening statement with a prayer in the Tewa language. She introduced herself as a fourth-generation member of the Martinez family of potters at San Ildefonso pueblo. With bachelors and masters degrees in education, Sanchez also is the environmental health and justice program manager of Tewa Woman United, an intertribal women’s collective in Northern New Mexico.

San Ildefonso shares a border along the Lab’s eastern edge and its people claim laboratory property as their ancestral homeland including sacred areas, from which tribal members as a rule have long been excluded.

“As children we grew up hearing the detonations and seeing the smoke that filled us with fear,” Sanchez said. “Any time we hear new detonations we are re-traumatized because we know that the wind will carry air pollution to our downwind community.”

“The sound, the vibrations, the smell, the taste, the noise are imprinted in one’s being. I and my family and my people are deprived of a sense of wellness and are more susceptible to illnesses,” she added. “This is what the laboratory has done to my family, my people and me.”

After a quasi-judicial hearing during the morning of Dec. 17, in a committee room in the State Capitol, the six-member Environmental Improvement Board voted unanimously the next day in favor of the New Mexico Environmental Department and Los Alamos National Laboratory. The decision reconfirmed without modification the site operating permit approved Feb. 27, 2015 by NMED, under Title V of the federal Clean Air Act.

Essentially, the department and the lab agreed, and the board agreed with them that the Air Quality Bureau was not compelled to impose conditions on the laboratory’s permit that were not authorized by state or federal statutes. Cember Hardison, the permit program manager, called as a witness by the NMED lawyers, testified that a Title V operating permit “must cite the origin of each requirement.” In conclusion, she added, “The board has no regulatory authority to regulate the requested conditions in LANL’s permit.”

Similarly, Bill Blankenship, the staff-level environmental professional who played a leading role in preparing and defending the laboratory’s permit application, testified that he had not changed his opinion. Asked for his conclusions or recommendations, he said, “Don’t support the petitioners’ request,” because the regulations don’t support adopting their conditions.

Ten years ago, Tewa Women United and CCNS appealed two LANL clean air permits, having to do with open burning and open air detonation of hazardous wastes. When it came to a hearing, the laboratory withdrew its application. When Joni Arends, speaking on behalf of CCNS, was cross-examined at the recent hearing and asked if she could cite any state or federal law that authorized the monitoring and reporting conditions sought in her appeal, she said, “No I have not. I did research and didn’t find anything applicable.”

In the absence of legislated, regulatory language, the petitioners emphasized the issue of environmental justice, which has become an aspirational goal of state and federal environmental programs. Their petition cited this definition from the New Mexico Department of Health:

Environmental Justice. The right to a safe, healthy, productive, and sustainable environment for all, where “environment” is considered in its totality to include the ecological (biological), physical (natural and built), social, political, aesthetic, and economic environments. Environmental justice refers to the conditions in which such a right can be freely exercised, whereby individual and group identities, needs, and dignities are preserved, fulfilled, and respected in a way that provides for self-actualization and personal and community empowerment. This term acknowledges environmental “injustice” as the past and present state of affairs and expresses the socio-political objectives needed to address them.

The question of environmental justice was particularly relevant in this area, the petitioners insisted. They quoted from the laboratory’s own 2008 Site-Wide Environmental Impact Statement for Continued Operations, “The highest number of minority and low-income peoples of any of the DOE sites in the U.S. reside within a 50-mile radius of LANL.”

After the adverse outcome of the hearing, Sanchez said that she had learned from her grandparents and from her own experience not to expect immediate changes from a cultural system based on war and violence.

“This system is not set up to be a loving, caring way of life,” she said. “You have to change the hearts of people within the system and that takes time. It takes sharing the way of peace.”