Behind The Scenes With Incoming Rep. Chris Chandler 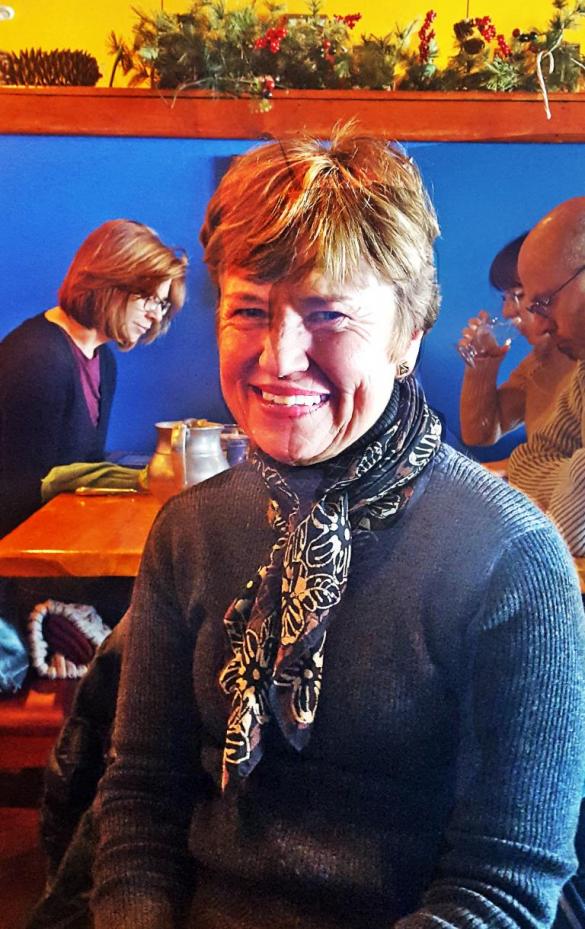 Since winning election in November, Christine Chandler of Los Alamos has been involved in a whirlwind of preparations for her new role in the New Mexico House of Representatives.

“In December I joined other newly elected representatives for a two-day orientation set up by House Speaker Brian Egolf, which included ethics and sexual harassment training, legislative processes and procedures and a bill drafting overview,” Chandler said during a lunchtime interview last Thursday at the Blue Window Bistro. “I’ve also been conducting a series of outreach activities throughout the district.”

“I met with officials in La Cienega and attended a conference on the future of farming in La Cienega that was very interesting,” Chandler said. “To hear from constituents, I hosted a ‘Coffee with Christine’ in early December and am hosting another 10 a.m. to 11:30 a.m. Saturday, Jan. 12 at Pig + Fig in White Rock.”

Chandler spoke of additional meetings she has attended since the election including those with the American Federation of Teachers and National Education Association. She also met recently with the League of Women Voters Board to discuss their legislative agenda.

“I am participating with Senators Richard Martinez and Carlos Cisneros in the annual League of Women Voters Legislative Preview at 7 p.m. Wednesday, Jan. 9 at Fuller Lodge,” she said.

Chandler is filling the Dist. 43 seat vacated by Stephanie Garcia Richard who was elected in November as the state’s first woman land commissioner.

Her intent in the state house is to champion initiatives that improve education, increase public safety and support healthy families, she said, adding that her four years of experience as a legislative analyst for Sen. Martinez will enable her to hit the ground running on day one.

The 2019 60-day Legislative Session begins Jan. 15 and concludes March 16 and Chandler is undertaking her new role with strong support from individuals, state and local leaders and many organizations.

Chandler has lived in New Mexico for more than 30 years and recently retired from her career as an attorney and manager at LANL. She has dedicated many years to public service. In addition to being vice chair and formerly chair of the Los Alamos County Council, she is vice president of the Board of Directors of the First Born Program of Los Alamos and serves on the Board of The Delle Foundation.

Chandler graduated from Smith College with a degree in economics and earned law degrees from Boston College and Georgetown University. She is married to attorney George Chandler; they have three children and six grandchildren who live in Los Alamos, Carlsbad and Oregon.