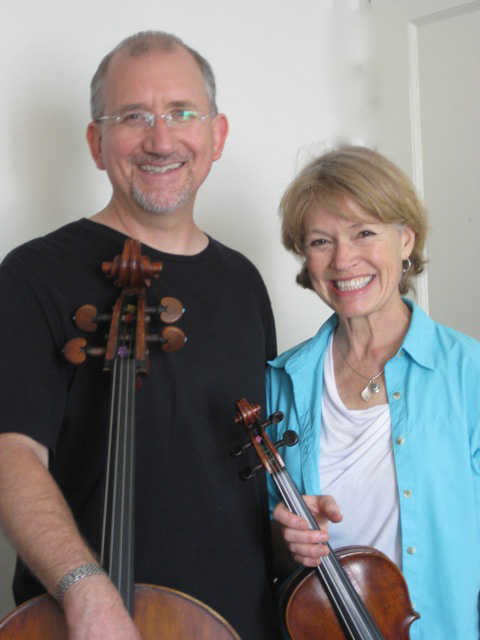 What could be better than spending an evening listening to beautiful chamber music? How about if desserts were thrown into the mix? Now that is one sweet deal!

The Los Alamos Arts Council presents the Summertime Coffeehouse July 20 at Fuller Lodge. Doors open at 7:30 p.m. and music begins at 8:15 p.m. Tickets are $30 and can be purchased at CB FOX.

Seating is limited so people are encouraged to purchase their tickets as soon as possible.

Violinist and viola player Kay Newnam will be joined by pianist Anthony Maroudas and cellist Joel Becktell. The musicians will perform Russian music.

The Coffeehouse has a 30-year history. Newnam assembles these unique ensembles. Besides the rich music, decadent desserts are served along with coffee and tea.

Pianist Anthony Maroudas hails from Hermanus, South Africa. After several years of lessons, he began studying piano at the University of Stellenbosch while in middle school.

He later continued his studies at the University of Cape Town with Thomas Rajna and Lamar Crowson. Crowson, pianist in the famed Melos Ensemble of London, helped to nurture Maroudas’ appreciation for, and understanding of, chamber music and ensemble playing.

Another influence was Yonty Solomon, professor at the Royal Academy of Music in London, with whom Maroudas had annual master classes while Solomon vacationed in South Africa.

While preparations continued for a professional music career, Maroudas suddenly found himself running the family business upon the death of his father, and he continued in the same business field after immigrating to the United States.

His playing continued unabated however, and he furthered his piano studies with American pianist Craig Sheppard.

Anthony Maroudas is now fully involved in music-making. An active soloist, chamber musician and collaborator, Maroudas has performed in South Africa, London, Greece and the United States. He is based in Hilo, Hawaii where he has a teaching studio.

Cellist Joel Becktell has performed, taught and lectured throughout North America and Europe. His performances have garnered critical and popular acclaim, and he has collaborated with many highly respected soloists and conductors.

He is a graduate of the Cleveland Institute of Music, where he received his Bachelor and Master of Music with honors, and was awarded the Rubenstein prize for cello performance. Becktell has been a member of the Buffalo Philharmonic Orchestra, the Nichols Quartet, the Harrington String Quartet, and the Moveable Feast chamber ensemble.

His experience and expertise as an orchestral cellist have resulted in frequent opportunities to perform as a guest in the cello sections of a number of orchestras, including the San Antonio Symphony and the National Philharmonic Orchestra.

Kay Newnam, a native of Los Alamos, graduated from the Curtis Institute of Music in Philadelphia, studying with Jascha Brodsky, Ivan Galamian, and members of the Guarneri and Budapest Quartets.

She was concertmaster and violin soloist of the Orchestra of Santa Fe for 22 years, during which time she performed throughout the western United States, Mexico, the West Indies, Germany and Greece.

Currently, she performs with the Santa Fe Pro Musica. She plays a violin by Giovanni Francesco Celaniatus of Turin, Italy, 1735. Newnam also organizes the players and the programs for the Summertime Coffeehouse.

This event is not to be missed.