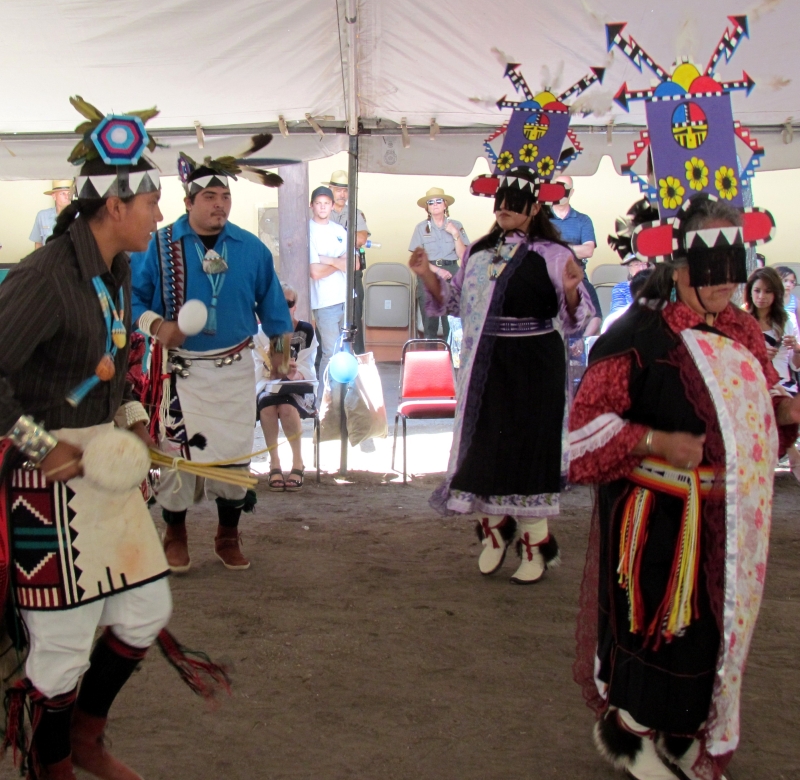 Under the auspices of Chief United States District Judge M. Christina Armijo, and in the spectacular scenery of Frijoles Canyon, 15 new citizens took their oath on the Fourth of July.

In his keynote speech, Bandelier Superintendent Jason Lott told them: “America is the land of opportunity, where citizens have the freedom to pursue their dreams, a place in which everyone has the choice to make a difference in their community … Be a good neighbor, understand and support the privileges of others to have their opinions and beliefs … give more than you take, and expect the best.”

This second annual ceremony, hosted by Bandelier National Monument in partnership with the U.S. Citizenship and Immigration Services, was a real community effort. Participants were brought to the park by special buses provided by the county bus system, Atomic City Transit, and presented with special red-white-and-blue corsages from Flowers by Gillian, a local florist.

Approximately 145 guests and park visitors attended the ceremony. In the words of one of those attending, “It was an excellent way to spend the 4th.” 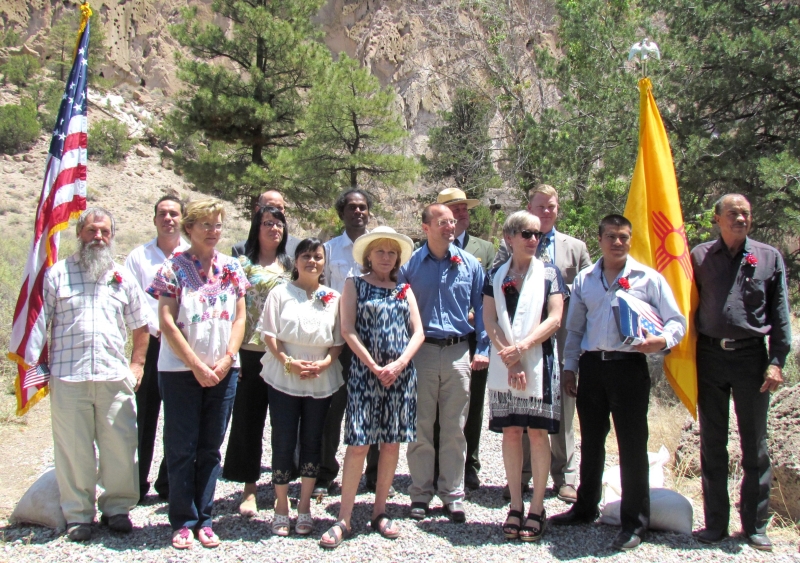 The 15 new citizens gather for a group photo at Bandelier. Courtesy/NPS