Author Speaks: Nye and Barco Reveal What Happens When Books are Banned 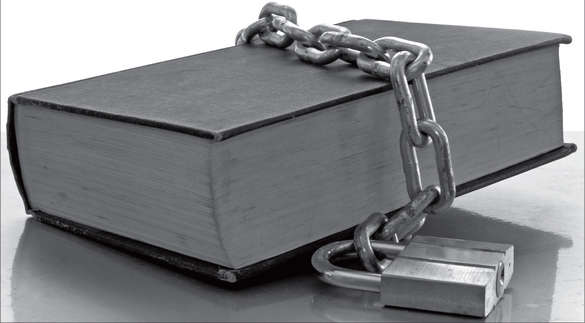 The written word packs a good punch. It sparks inspiration and sometimes exasperation even to the point where people want to ban it.

The desire to ban books can also pack quite a punch, particularly for public and school libraries.

During the upcoming Author Speaks lecture at 7 p.m. Thursday at Mesa Public Library, librarians Valerie Nye and Kathy Barco will reveal what has happened when people demand books be removed from public reading shelves.

Nye and Barco wrote “True Stories of Censorship Battles in America’s Libraries,” a compilation of essays on how librarians around the country have fought for intellectual freedom in their communities.

Nye explained the book, published by the American Library Association, is like a case study.

It started when Nye and Barco attended a book festival at the University of Southern Mississippi.

People were coming up to them with stories about removing banned books, she said.

One such incident took place at a school – a teacher wore a banned book T-shirt and was told to go home and change it.

Another story dealt with a romance novel in a prison library collection. The prison psychiatrist wanted the book gone but the librarian fought to keep the book on shelves, explaining it had been a resource to help inmates turn their lives around.

When librarians read “True Stories of Censorship Battles in America’s Libraries” Nye said, “My primary desire is it gives them the strength to deal with similar scenarios.”

For the general reader, Nye said she hopes it “educates them about the role of librarians in helping people access information even if it is controversial.”

Barco added she hopes the book raises awareness about the challenges library collections can face.

Every year Banned Book Week is celebrated and yet there seems to be someone who says, nowadays no books get banned, Barco said. This is not true.

“I hope the book will raise awareness that things are going on; things are happening. Challenges are occurring all the time,” she said.

Nationwide in 2010, Nye said 348 challenges to books were reported to the American Library Association.

However, the association believes this is just a small sample of the total number of cases that occurred.

Books can become banned by a number of entities from city governments and a court order to a school principal or superintendent.

Banning books can have good and bad implications, Barco said.

With social media, e-mail and the Internet, word can spread fast about a book becoming banned.

This can rally support for the book as well as stir up interest in the author’s work.

People want to see what was so offensive about the book, Nye said.

Barco said “True Stories” covers the implications of banned books in libraries all over the U.S. including New York, Wisconsin, Kansas and New Mexico.

Some of the stories are funny, others will make you mad and some might make you brush away a tear, she said.

“There’s a little something for everybody in there,” Barco said.

Nye and Barco are looking forward to their Authors Speak presentation.

Nye said she is excited to meet the people in the community.

For Barco, going to Mesa Public Library is touching on a deep level.

“From a personal standpoint it means a lot to me to be in Mesa Public Library where I grew up,” she said.

Barco has been going to Mesa Public Library since she was a child and has a lot of memories going to the library with her mother and later, with her friends.

Being able to speak there, “is giving me a warm feeling,” she said.

Valerie Nye is a native of New Mexico and has been the library director at Fogelson Library at Santa Fe University of Art and Design for two years.

Her first book was coauthored with her mentor, R. Neil Scott and is entitled “Milledgeville: A Guide to Flannery O’Connor’s Correspondence in Libraries and Archives.”

She left the Land of Enchantment for college and life as a military wife, mom and freelance writer in various locations, including Guam.

A craving for green chile and mountains drew her home to New Mexico.

Currently a children’s librarian with the Albuquerque/Bernalillo County Public Library, Barco was Youth Services Coordinator at the New Mexico State Library from 2001-2006.