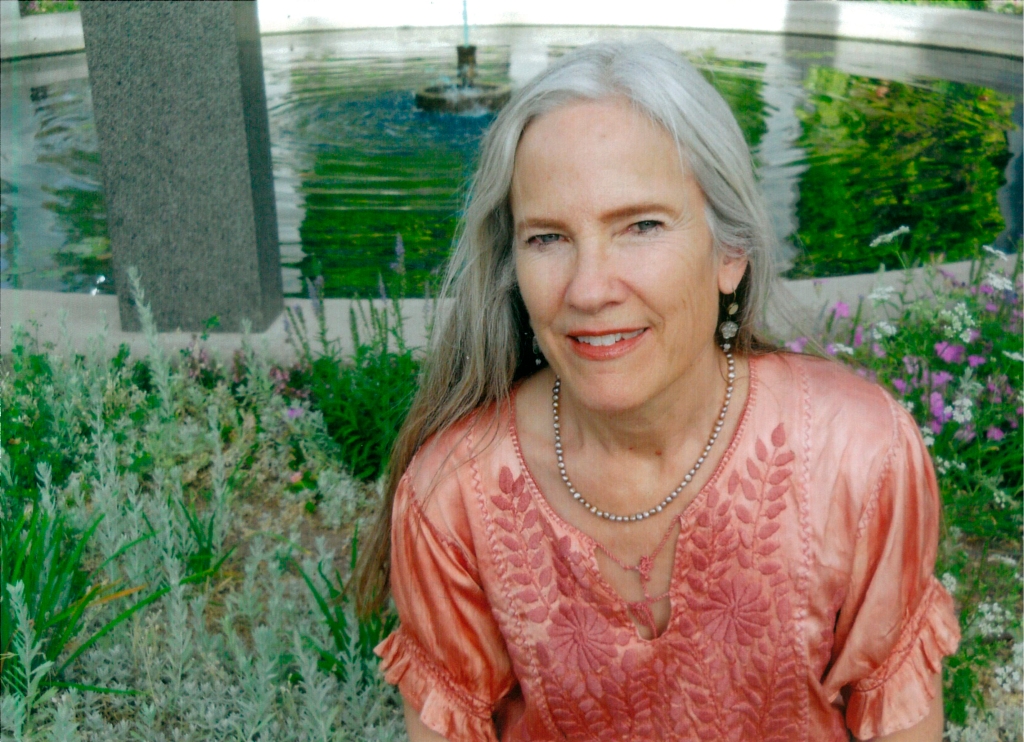 There are 9-to-5 jobs where the days are spent inside the small confines of a cubicle.

Then there are other occupations that leap beyond those fabricated office walls.

These jobs break all forms of convention but they are unforgettable.

Margaret Wood had one of these boundary-breaking jobs.

In 1977, at the age of 24, she left Lincoln, Nebr. to move to the sparsely populated and very rural Abiquiu to work as a caregiver and companion.

While the town may have been a small speck on a map, Wood’s employer was a woman who was known throughout the world.

Working for the famous artist Georgia O’Keefe was no ordinary gig and Wood will share some of her memories and experiences during her upcoming Authors Speak talk at 7 p.m., Thursday at Mesa Public Library.

Wood captured her five-year career as a caregiver to the famous artist in her book, “O’Keefe Stories.”

She explained that she discovered this job through an acquaintance that had similar work.

Wood said her friend asked if she was interested in doing this work with O’Keefe and she decided to give it a try.

Wood said she drove to Abiquiu to do an interview with O’Keefe and O’Keefe’s business manager Juan Hamilton.

Being a caregiver came with its challenges, Wood said.

“The challenges were evident at first just because O’Keefe was a particular person. She liked things done in a certain way. It was a task for me as a 24-year-old to prepare food and do activities the way she liked them,” Wood said.

The job came with many rewards as well. “Once I learned how to care for her and her environment … the work was easier. The work was pleasant and we had a good relationship with each other,” she said.

Wood explained despite a difference in age, Wood was a twenty-something and O’Keefe was 89 at the time-they shared a lot of interests.

“I think just the common interests and the familiarity over time was a way for us to be companionable,” she said.

Just how would Wood describe her former boss? “I would describe her as extremely self-assured; just brilliant about her own vision of her art. She had a persona that was rather formidable but kind, and fair and generous to the people around her.”

Wood added O’Keefe continued to paint into her 90s even as her eyesight was failing.

Some of her best memories of O’Keefe, however, were not behind the easel but at the dinner table. Wood explained she would work with O’Keefe in the evenings.

She described one of O’Keefe’s favorite meals – lemon chicken with brown rice and ginger. Wood said the vegetable would have most likely been chard with a green salad made from watercress.

Dessert would have been either fresh fruit or home-made vanilla ice cream.

It was not just her employer that was memorable but her workplace. Wood described Abiquiu as “wildly beautiful” but everything was so small.

Most of the residents spoke only Spanish. It was lonely, she said, at first but since she had her mornings and afternoons free, Wood got to know a family who weaved and learned the trade herself.

After working with O’Keefe, Wood moved to Santa Fe and eventually went on to graduate school in Albuquerque to receive a degree in speech pathology.

Her former job did have an impact on her. Wood said she really enjoys working with elderly people, adding that her work as a caregiver made working with senior citizens easy and familiar.

She said she has “a kinship with older people.”

O’Keefe’s tastes in food also influenced Wood. She wrote a cookbook, “A Painter’s Kitchen,” which was published in 1997.

Her new book allowed Wood to look at the whole experience of being O’Keefe’s caregiver at the age of 24 from the perspective of a grown adult who is now in her 50s.

In sum, the book is about relationships and reflections.